A new body for Olive....again!

Olive, my little Jerry Berry Sleepy Berry, received her new body yesterday from the company that created her.  Jerry Berry dolls previously always came with a plastic multi jointed Obitsu body, which was a great body for posing but it was, well it was very plastic-y and in my experience it quickly became floppy. 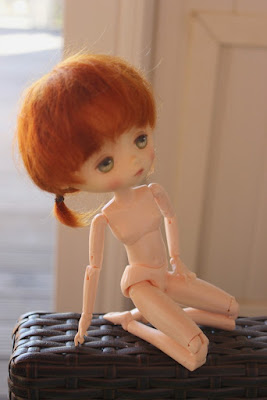 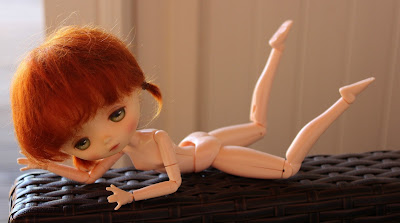 So when Jerry Berry announced last Autumn that they would be producing a replacement resin body I jumped in with my order!

The new body has it's limitations when it comes to some posing positions, for example it has a solid torso rather than the three part one that the Obitsu body has, but I still think I prefer it so far.  I don't actually expect my dolls to perform acrobatics so am sure I'll be happy with this new body, which for me is more aesthetically pleasing.

Here is a phot courtesy of the Jerry Berry company: 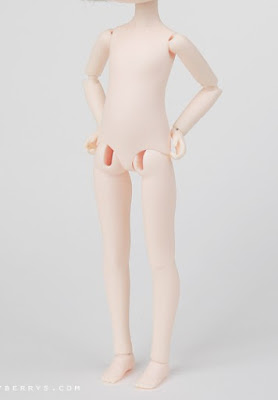 Just a few photos of Olive taken today.  You can't really see the body but I thought I'd share them all the same. 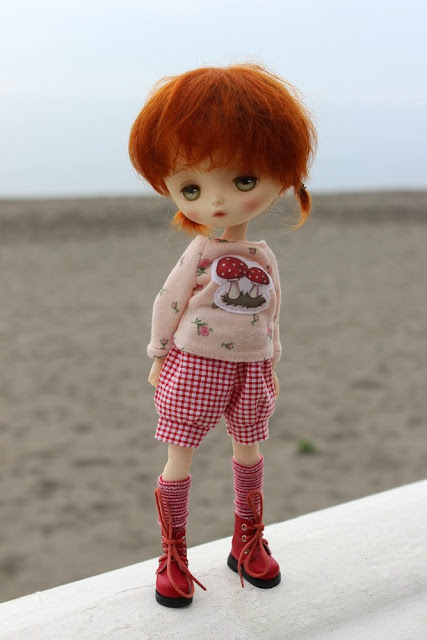 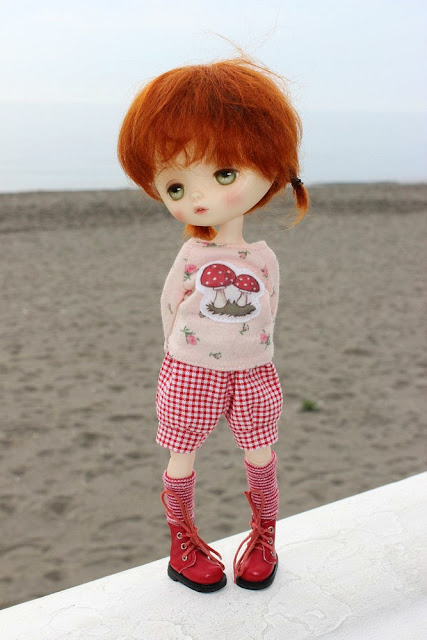 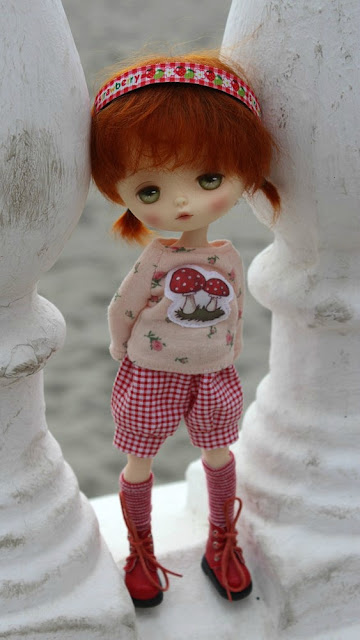 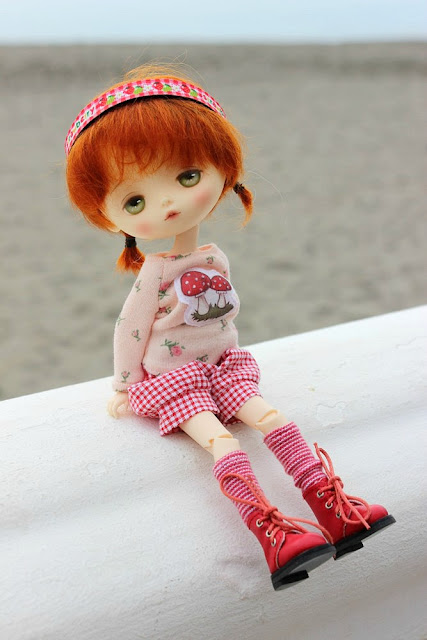 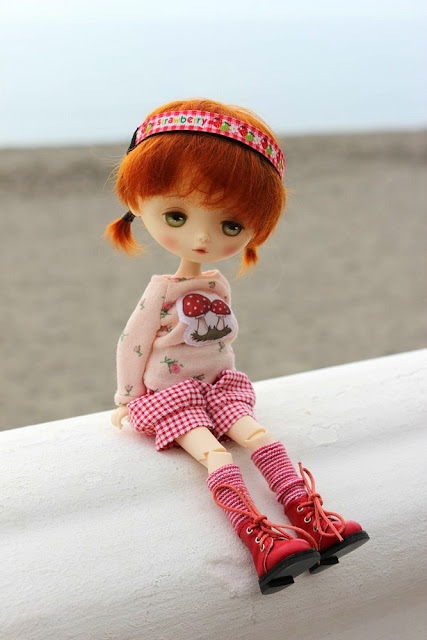 Jerry Berry are such a nice company to order from, they mark parcels down and are very very helpful.  They even included the little 'Strawberry' headband for Olive to wear and it goes perfectly with her outfit!

Well we've almost reached the end of another week and I can hardly believe that we're at the end of January already!  I hope you all have a great weekend!