I love Zwergnase dolls, they have such interesting and characterful faces.  I have only ever owned two Juniors but have always enjoyed looking at the art dolls, but their prices have kept me from buying one.  That, plus the fact that I really don't like cloth parts on dolls.  However, I just happened to look on Marja Holstege's website and was smitten by a girl she had for sale on there.  The doll is question is called Suse and she is from 1996.  I decided to order her and she arrived yesterday from the Netherlands.

Suse is 65cm tall and is number 60 of 300 dolls made.  She has a human hair wig and blue hand painted eyes.  The art dolls nowadays come with German glass eyes but Suse, being from back in 1996 has painted eyes.  She is mostly vinyl but has cloth from just below her chest down to mid thigh and then there are small parts of cloth on her upper arms.

Her default outfit consists of a grey knit short sleeved dress with another flowered knit dress with string shoulder straps over the top.  She has white knickers, black socks and the 'famous' Zwergnase black real suede boots.  She also has a small silver handbag but I've not taken that out of the packet yet.  She is signed by the artist on her 'stomach' and her release number is also handwritten there.

What I really fell in love with was her face though, she has the most goofy look about her which I liked instantly I saw her.  I know she won't be everyone's 'cup of tea' but I guess it would be a pretty boring world if we all liked the same, wouldn't it!!

Like a lot of the Zwergnase dolls, people say that 'this one' or 'that one' remind them of someone....and this girl is no exception.  As soon as I saw her out of her box she reminded me of someone I know and I was tempted to name her after that person, but have decided against it because I don't want to cause offence.  So for now I'm still thinking of a name for her.

Here are some quick photos I took yesterday when I removed her from her box: 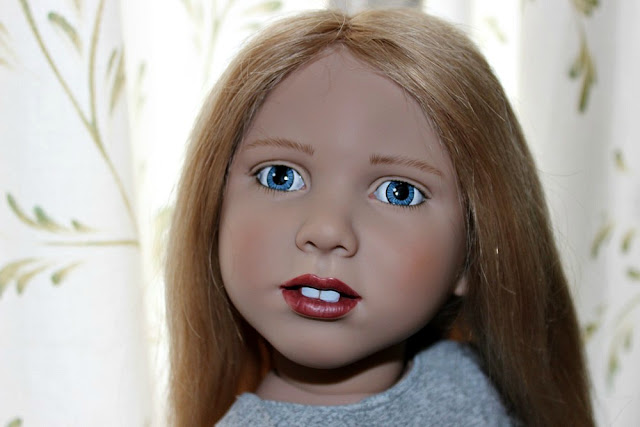 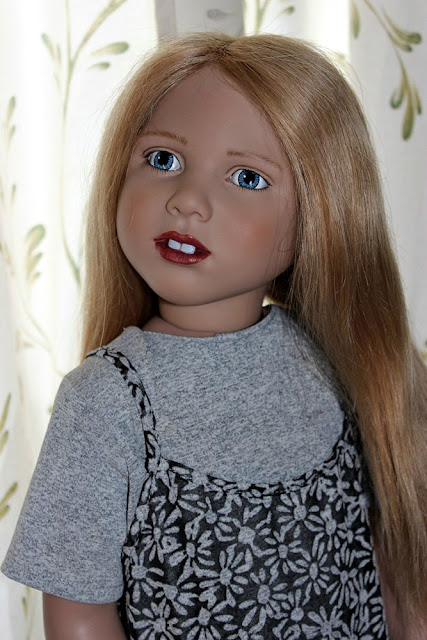 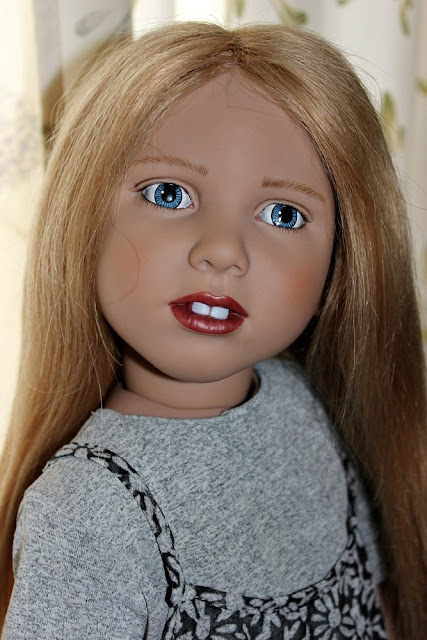 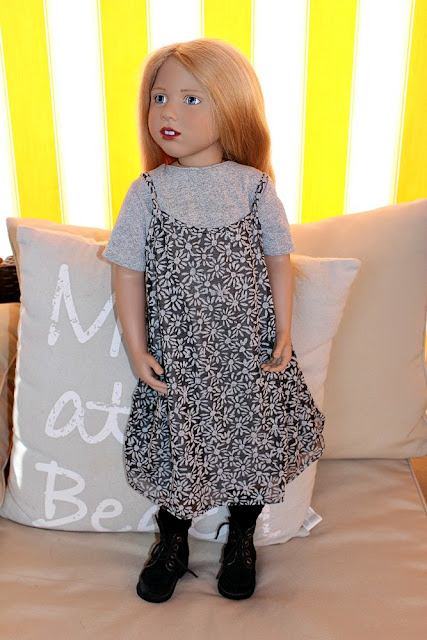 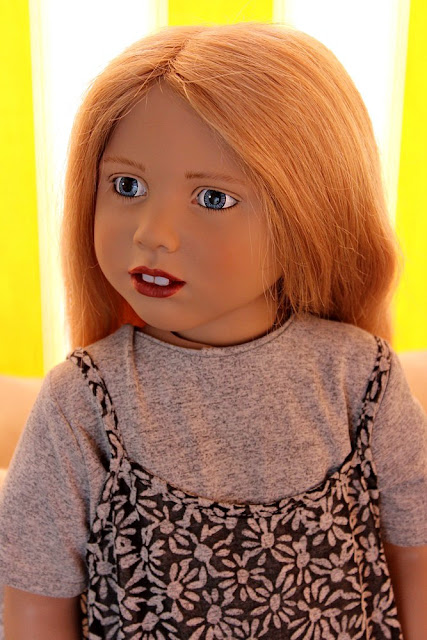 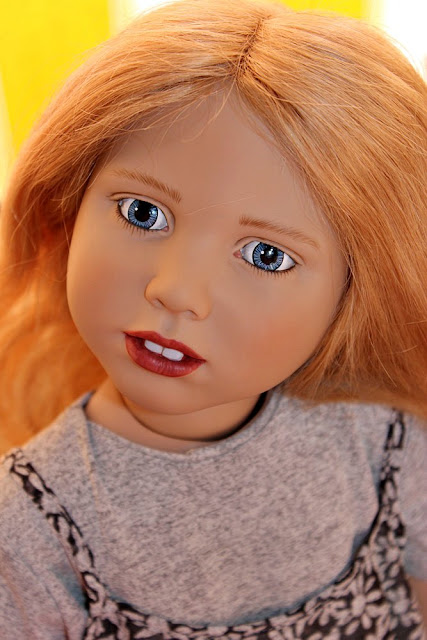 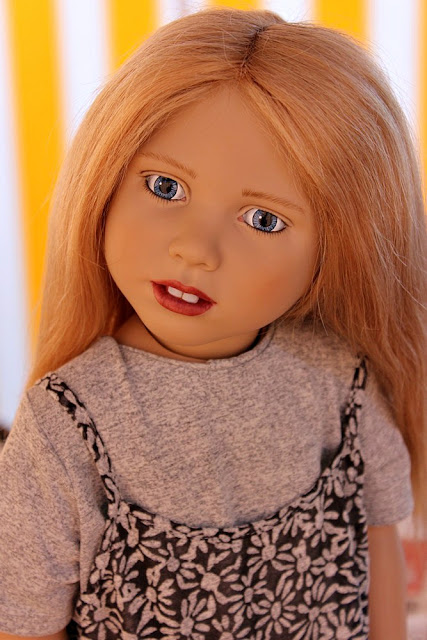 A close up of her handpainted eyes: 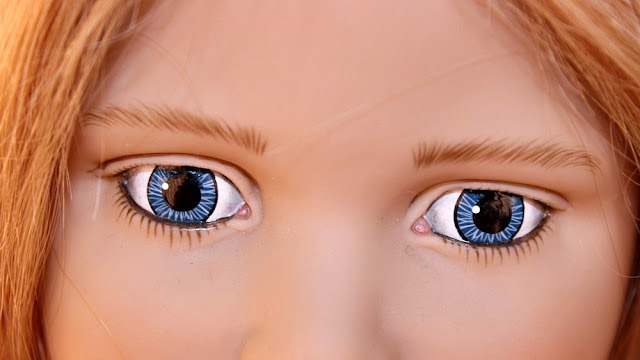 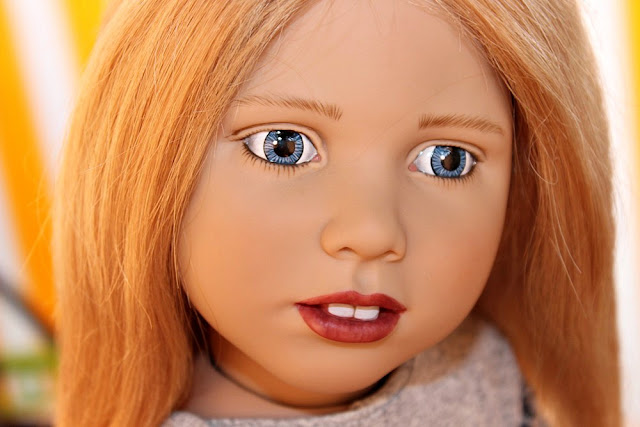 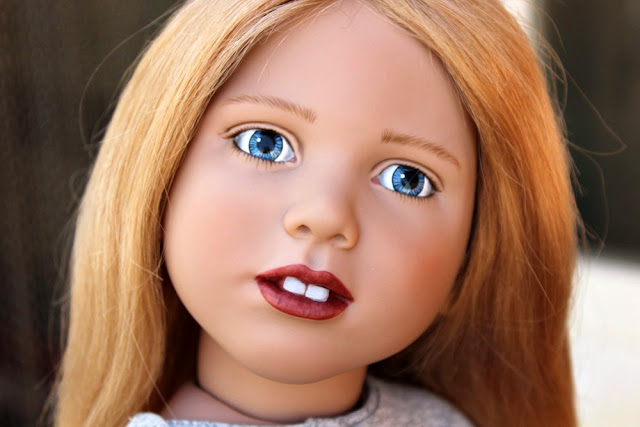 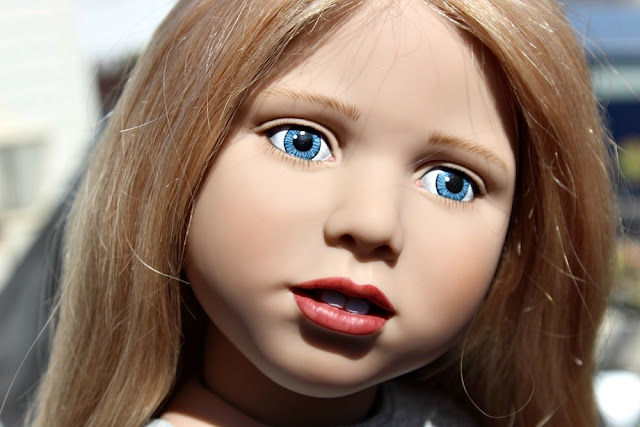 I have since put her hair into two plaits and have been measuring her up to make patterns for her clothes.  I will take more photos once she has 'settled in' :)

Thank you for visiting, I hope you've enjoyed seeing  Suse and hope you are all having a great weekend :)