....Oh I do like to be beside the sea..... As the song goes!  And here we are at the coast again, having driven down here last Thursday.  I love being here by the sea, the weather is beautifully spring like, but my goodness do I feel lazy when I'm here!

I brought my sewing machine and lots of fabric with me and briefly used it a few days ago.....I had every intention of getting quite a bit of sewing done whilst here, but it has come to nothing!  I get so laid back that I'm almost horizontal to be honest!

Having said that, I've read several books on my Kindle....oh that eReader is such a godsend, it really is!  Ahhh and of course I've eaten too much.....

Speaking of eating, yesterday we were very very naughty when it comes to food but we just couldn't resist!  We went shopping for some boring DIY stuff and after we'd got what we wanted at the large DIY place near Malaga airport, we decided to go one junction further on the motorway to a shopping plaza called Plaza Mayor .... and what do we find?  What we found is Taco Bell!!!!!  A new Taco Bell has opened in their food court and we were amazed because we've not seen one here in Spain before!  We just had to eat there, as, for me, it would bring back memories of our wonderful holidays spent in Florida, as on our many trips to the US we often went to Taco Bell for fast food 'without the burger'......!!!!  However, we were a bit early for lunch so we went to the Nike store and I spent far too much on 'bargains'!  I got a great new pair of trainers which were reduced from 59 euros to just 39!!!  Plus three tops for Brendan which were all half price!  I'm sure he will be delighted when we go home and give them to him, he loves the Nike brand!!!

And then back to Taco Bell where we had burritos and paprika covered fries, as well as rice and  quesadillas....then because I didn't want to 'overdo' it....I had a Pepsi Lite!  ;) hee hee!

However that wasn't the end of the gluttony...oh no, we then went from there across the road to another reminder of the US...Dunkin' Coffee!  Which is actually Dunkin' Donuts!  Everything down to the logo is the same but for the second part of the name!  So we chose some donuts to take away....well we didn't want to appear to be complete piglets, did we!

So all in all a good food day.....well actually, not really 'good' at all, but very tasty!

So today we stayed home and I made a relatively healthy lunch and I took some photos of my Limhwa to You Sara, Gem.  And soon I'm going to start another book.....ahhhhhhhh the good life! 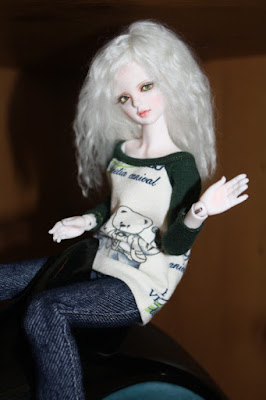 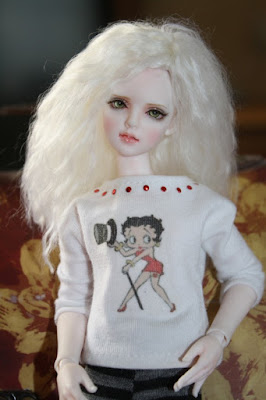