Back from being AWOL!

I can't believe that it is almost a month since I last wrote on my blog....I'm incredibly naughty to not keep up with it, but the summer is my favourite time and I spend a lot of the time outside....so the laptop and along with it, the Blog, get neglected!

However, I've not been idle.  I've made and sold a cute outfit on ebay...it finished on Tuesday and I was happy with the price it made.  I got a lot of interest in it and at the end had more than 70 watchers and about 20 bids.  It has inspired me to keep sewing, as sometimes I do lose a bit of enthusiasm.....so watch this space, as they say!

Since I last wrote, I received my gorgeous Kaye Wiggs sun kissed Hope, so now Loulou (Layla) has a big sister.  Ok, Hope's not really any bigger than Layla is, but she looks a bit older, so in my mind she is her 'older' sister by a few years.  I like that she has a slightly more mature look to her as it means I can have two different types of clothing, one style for Layla and another for Hope......I just think they are so amazingly cute, and I really never expected to feel so strongly about them!

I took the following photos last week early one morning on the beach (except the tree climbing photo which was taken in our little garden at the coast) .... I love how the light is in some of the photos, it is amazing how the sun's different positions in such a short period of time, can change the look of a photo so much! 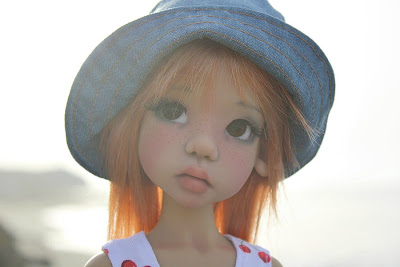 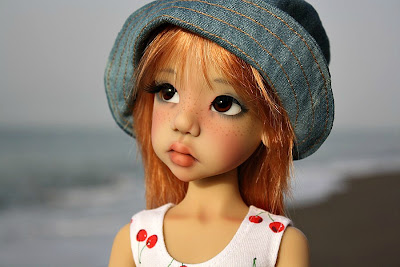 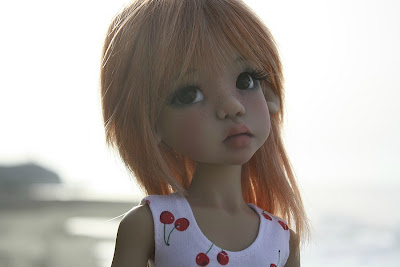 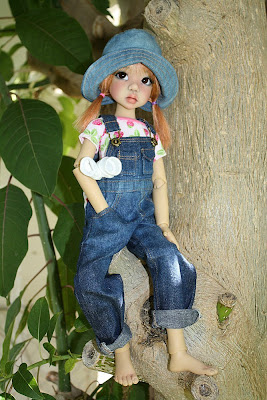 And here are a few of LouLou, taken at the same time: 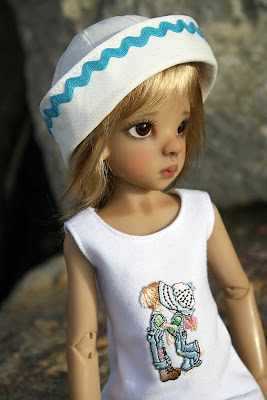 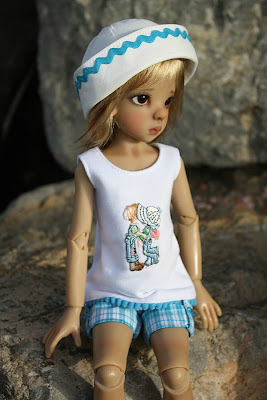 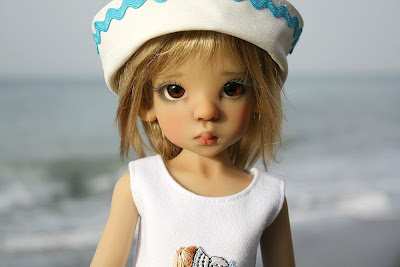 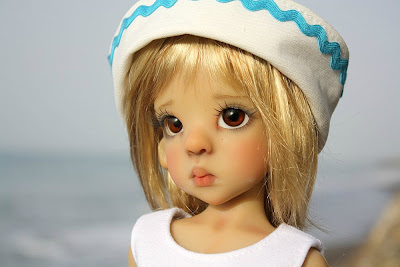 I really need to take some photos of the 'sisters' together, but it is a challenge for me taking photos of one MSD sized girl in public, never mind two together!!!!  Luckily though there were just a couple of fishermen and dog walkers on the beach, but I still feel uncomfortable being a grown woman photographing her dolls in public!!!!  (Which is why I set my alarm and got up early to get photographing before many people were about!)

And finally, to finish for today, here are Hopes little footprints in the sand!   I didn't notice them at first as I was putting her back in her carry case, then turned and caught them before the surf took them away forever! 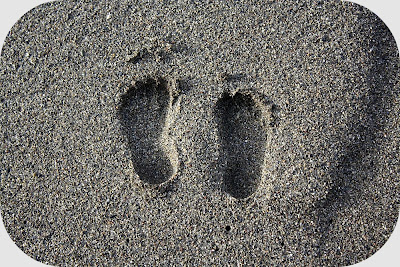