A bit of body swapping!

Back in the summer I bought a brunette Gregor head from Ronny with the intention of using him for rerooting practice.  Ronny told me that he'd had a bit of a hair cut but his hair wasn't falling at all.  I thought that when he arrived, I'd remove his existing badly cut hair and practice on him before starting on my bald Sasha.

Ahh but as we all know, the best laid plans....so the Gregor head arrives and even with his untidy hair I can see he is handsome.  His eyes are beautiful, a very hazel brown, and soooo dreamy!  How could I not immediately fall for his roguish charms!!  So me being me, I put him to one side and started straight away rerooting my bald Sasha....no trial runs for me!!!

In the meantime, Gregor head has sat around...well as much as you can 'sit' without a body...and just looked handsome.  But I kept looking at him and thinking that I really must get him a body, and wondered if there was anyone in my collection who could do without theirs!  And once the seed was sown, well I just kept thinking about it...and so today, Jojo, my mid 70s blond girl, became 'just a head' and the Gregor head now has a body!!  I know I'm naughty to do that to her but she is my least favourite and hopefully I'll put her head on Ebay for someone else to love!!

So Gregor has become Emilio!  He is currently wearing a sock on his head to try flattening his unruly hair, but if you squint at the photo you can almost imagine he is wearing not a sock, but a nice black Dollydoodles beany!!!  OK, so you need a very vivid imagination!!!

And yes, those are little eyelashes that you can see, but I just pencilled them in carefully so that I could see what he'd look like as a girl....I've since removed them!

Tomorrow he will hopefully get an outfit of his own! 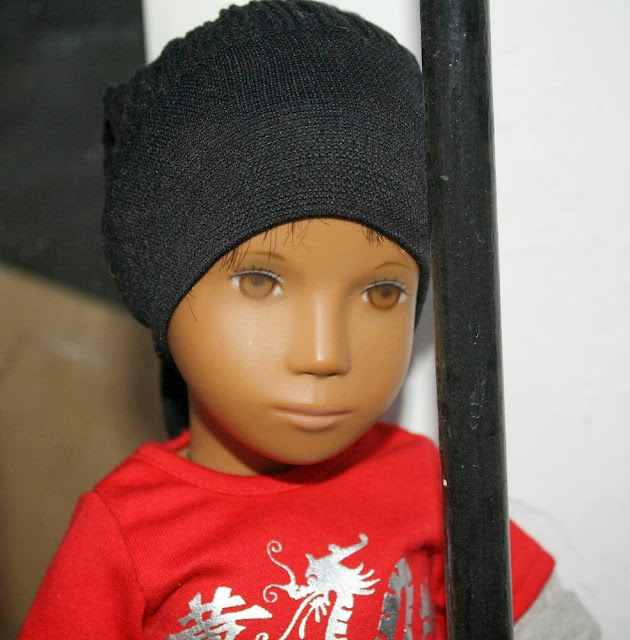 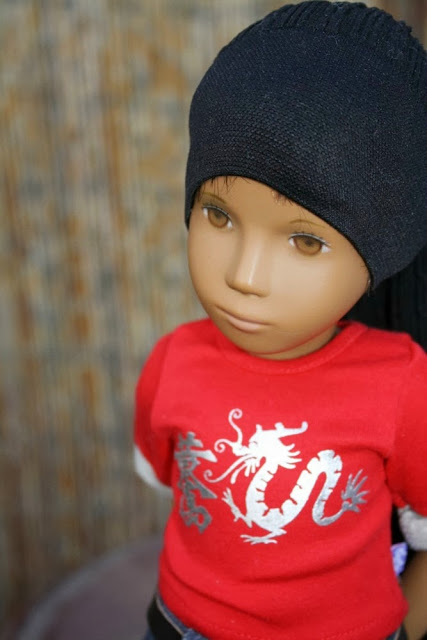 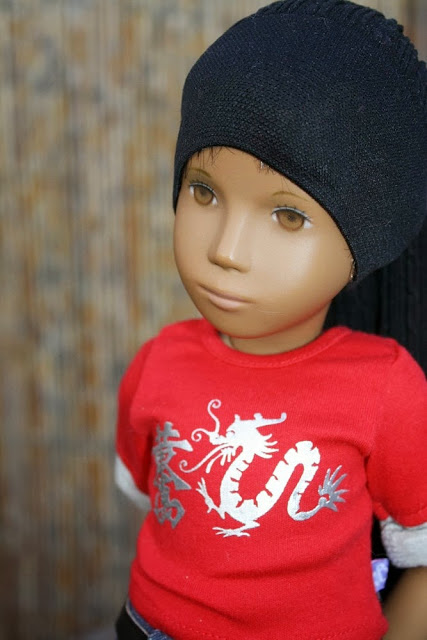 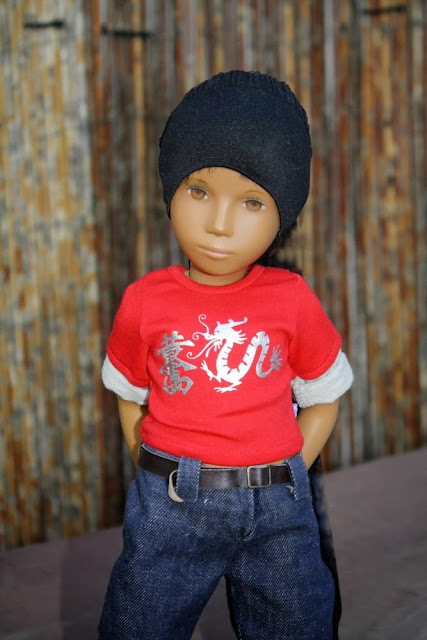 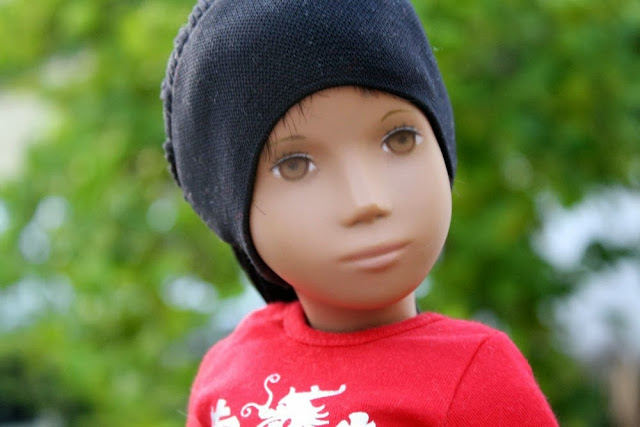 What do you think?  Isn't he gorgeous?