A new little friend for Bertie....and other changes :)

I finally decided a couple of weeks ago that maybe having two babies was better than just the one....maybe, just maybe, the arrival of a second 'ankle nipper' would make me pay more attention to the one I already have....and if that isn't the case and the two of them end up sharing the dust that collects on them through lack of attention, then at least they have each other!

So I got this little girlie on evil bay, she is a 1970's sexed brunette with non falling hair and is in very good condition.  One thing though, in her listing the seller said she had "raised lids"...she doesn't, she has the flat lids of the slightly later babies.  Her face is matt which I don't usually like but will see how it goes!  She arrived wearing this pretty light mauve romper, beautifully sewn by A Passion for Sasha....now I want a boy version maybe in polkadots!  Oh and I nearly forgot, her name is Mattie (thank you Jenni!), short for Matilde, a name quite popular here in Spain!

Here she is with Bertie, he does seem to be quite taken with her actually :) 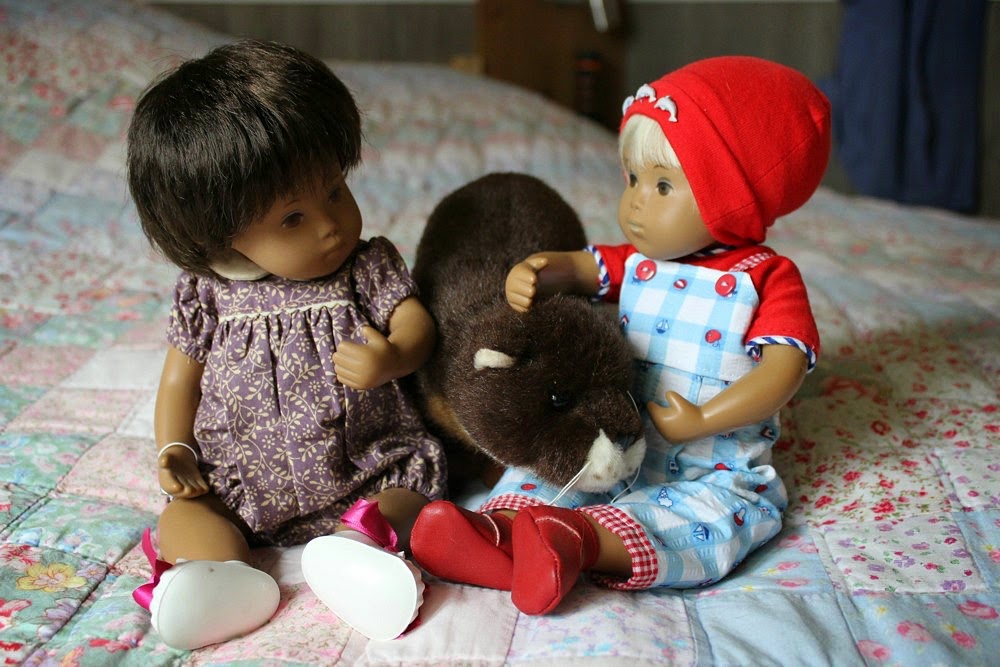 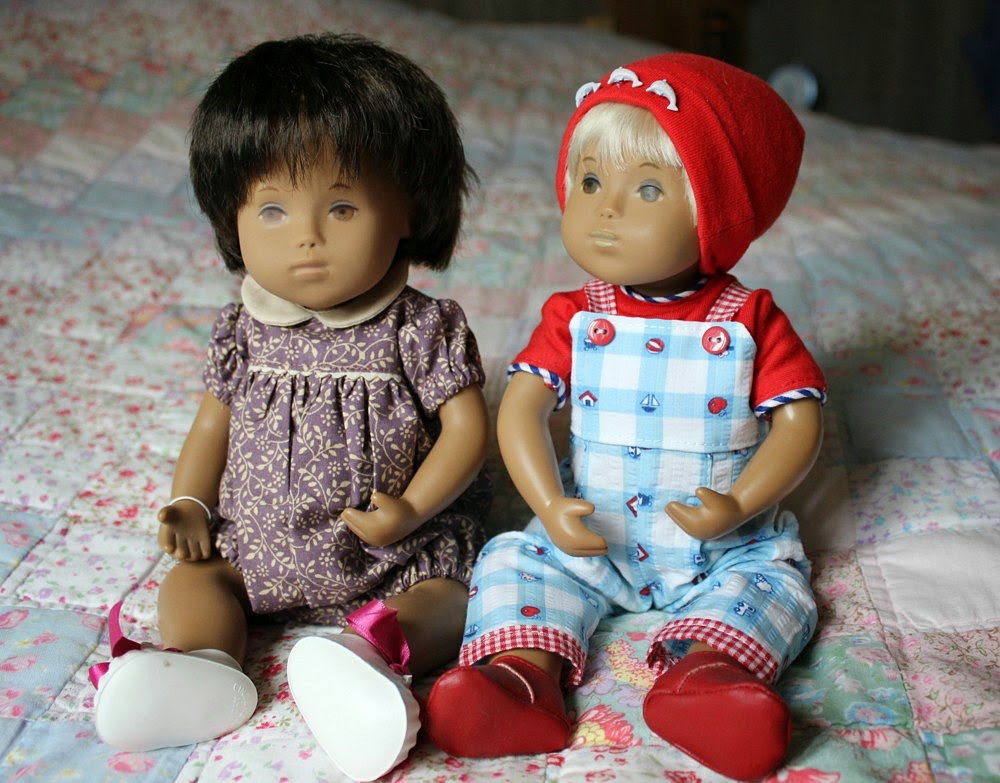 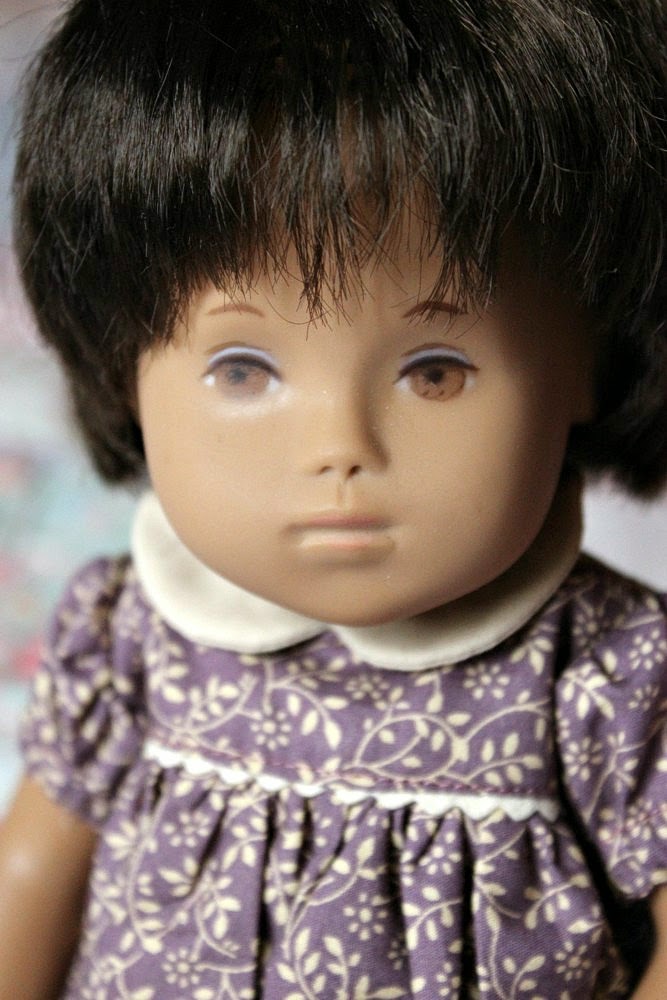 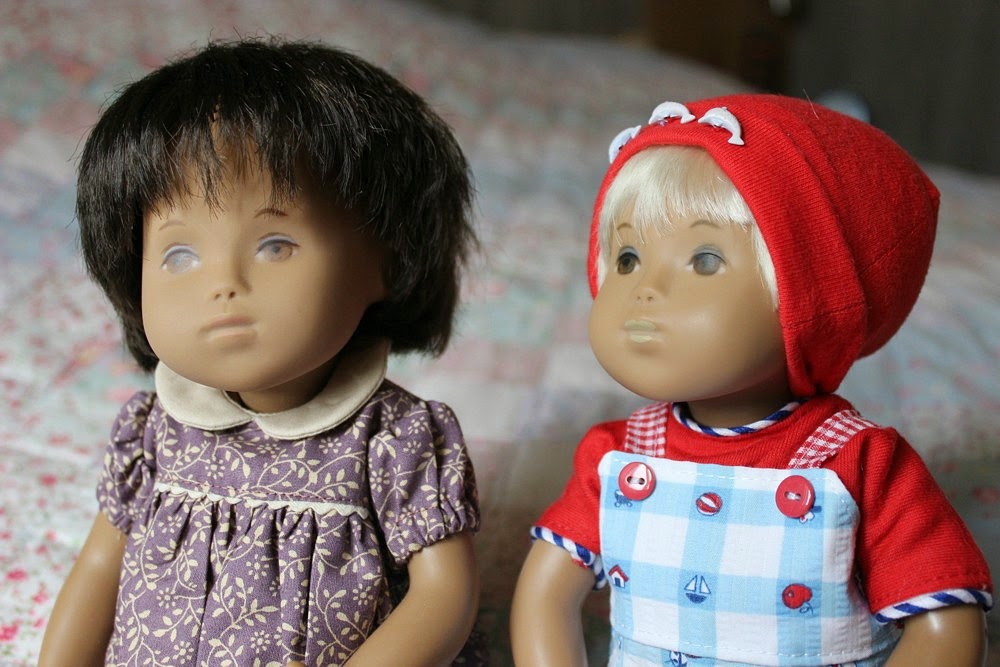 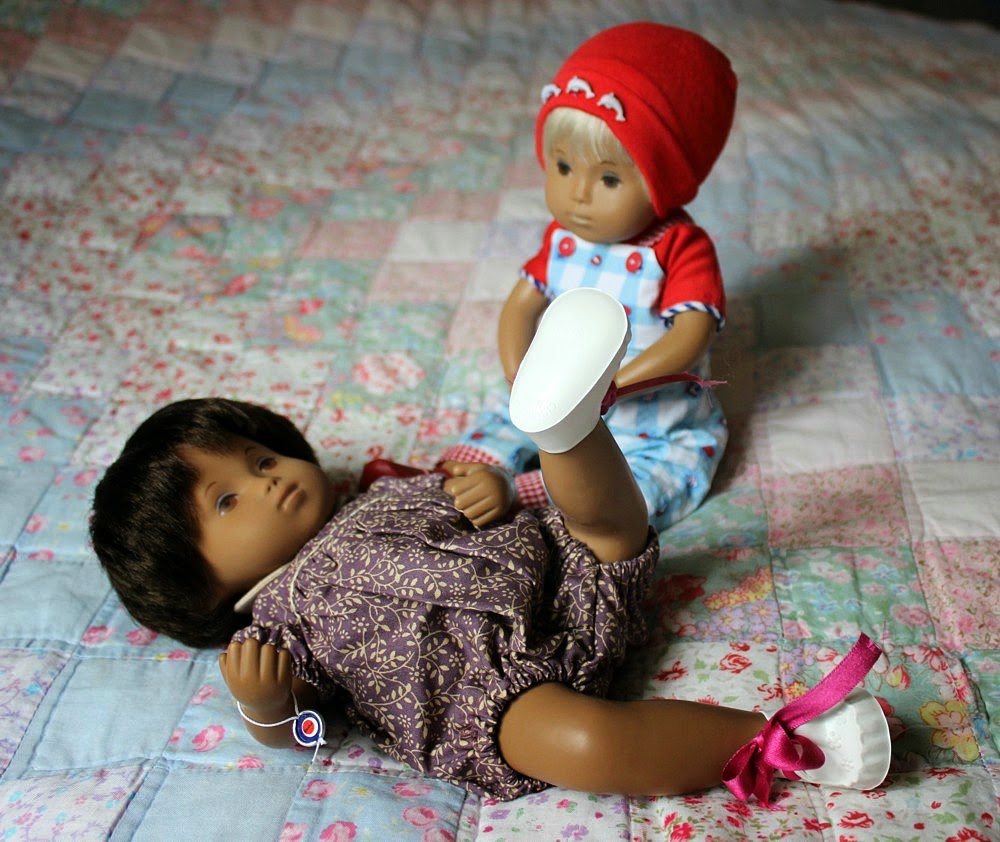 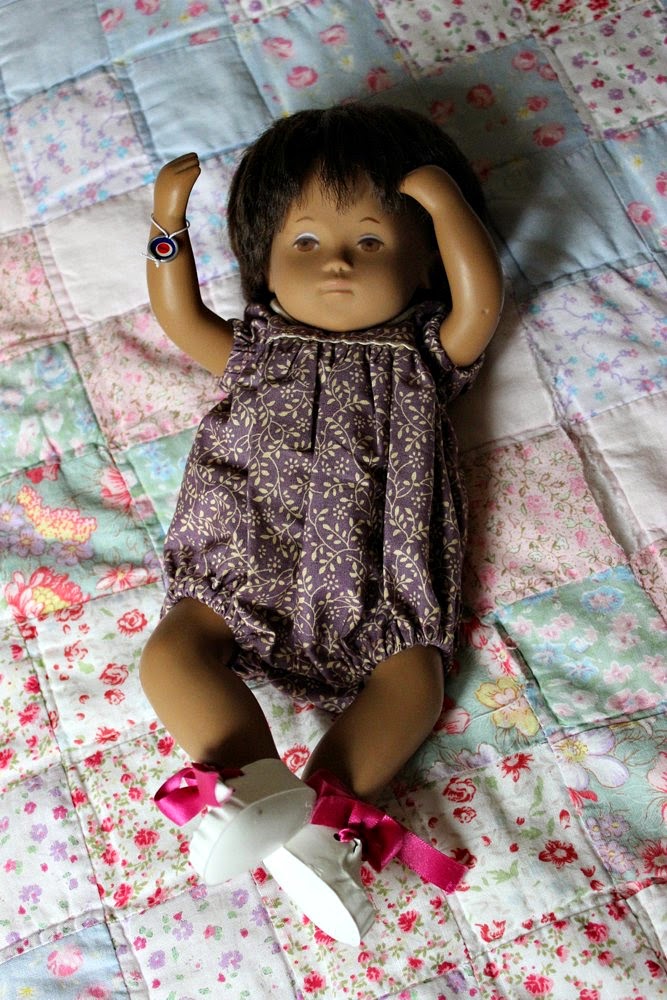 In other Sasha news, I felt a bit bad about one of my Gregors, Jack, who is seriously neglected.  He hasn't even got a wig that is actually 'his'.....you may recall that Jack came to me in October 2013 and he had a serious 'body odour' problem, which wasn't helped by the smelly pop sock that was on his head when he arrived...yuck!  I called him Stinky Boy for a while and he sat in the garden for several weeks to get rid of his smell.  Thankfully he has a much more acceptable 'aroma' now but he did loose all his hair.  I know that I shouldn't have washed it but anyone who'd invited this young man into their home would have done the same....he really was quite grubby.  So he borrowed a wig and then when the owner of that one wanted it back, so he borrowed another.  However, the other day I decided to try him as a girl.  So he was given some eyelashes and lips using watercolour pencils (he didn't have lips when he arrived, they'd been almost completely rubbed away) and finally he was given Bailey's old wig and a girls summer outfit.  I think he makes a very cute girl and for now he will remain as such.  From the stringing, I think he/she is probably from 1971, the same as Bailey. 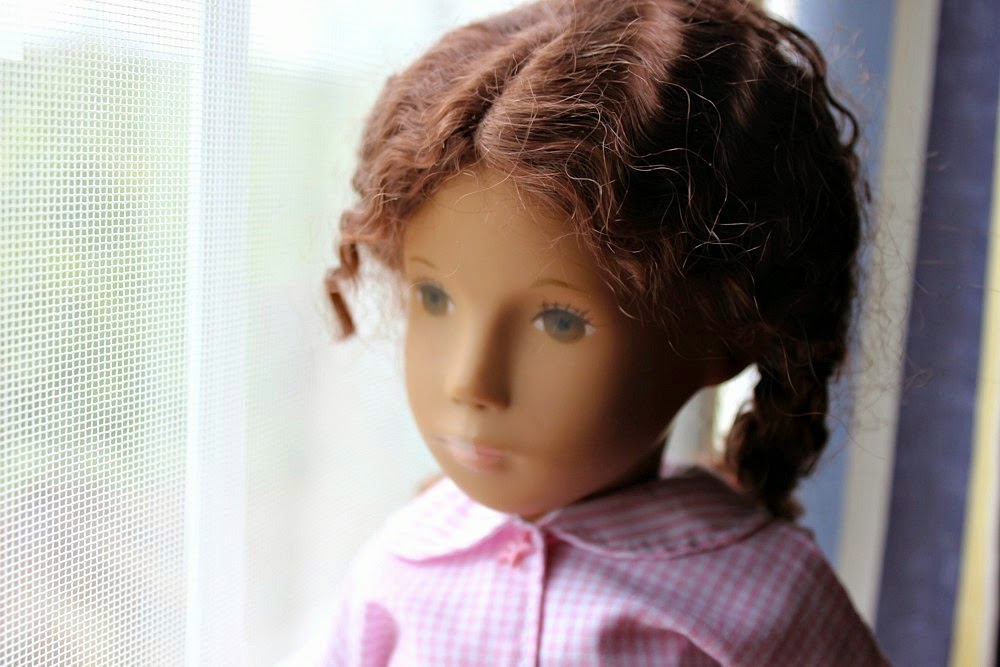 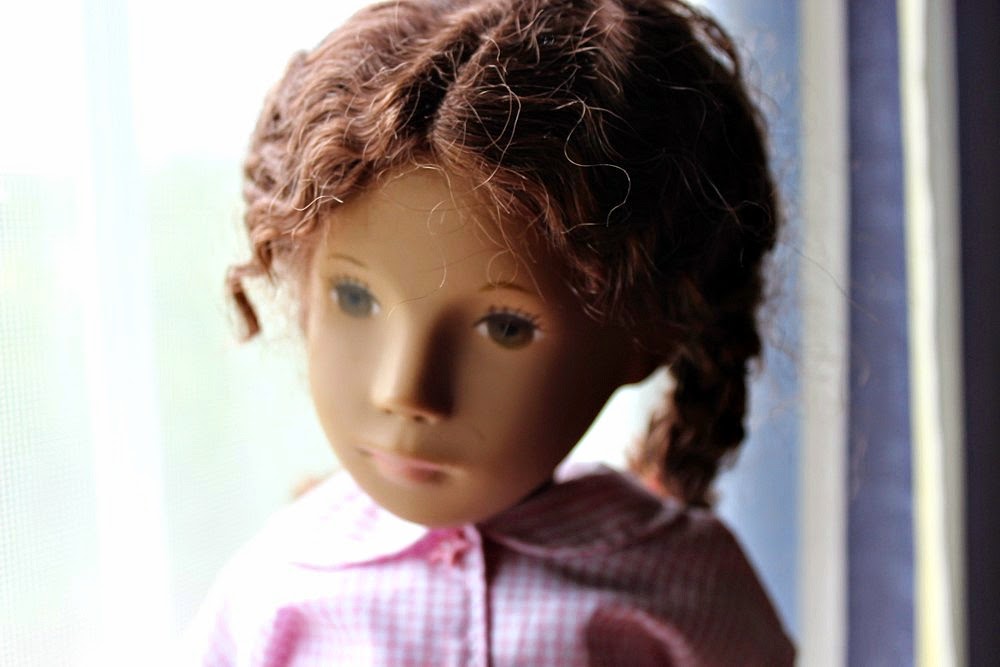 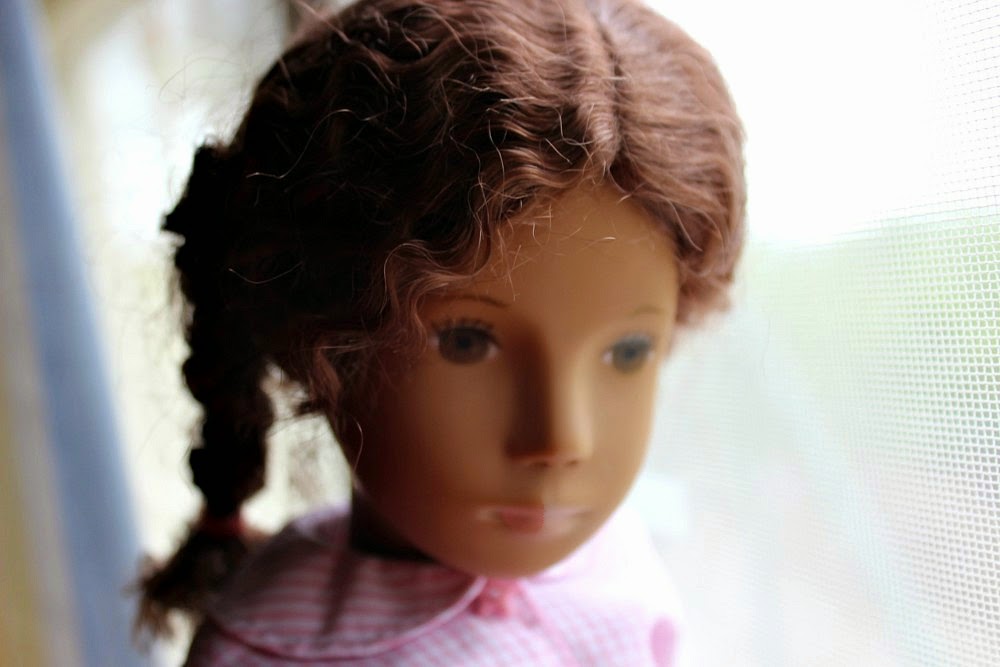 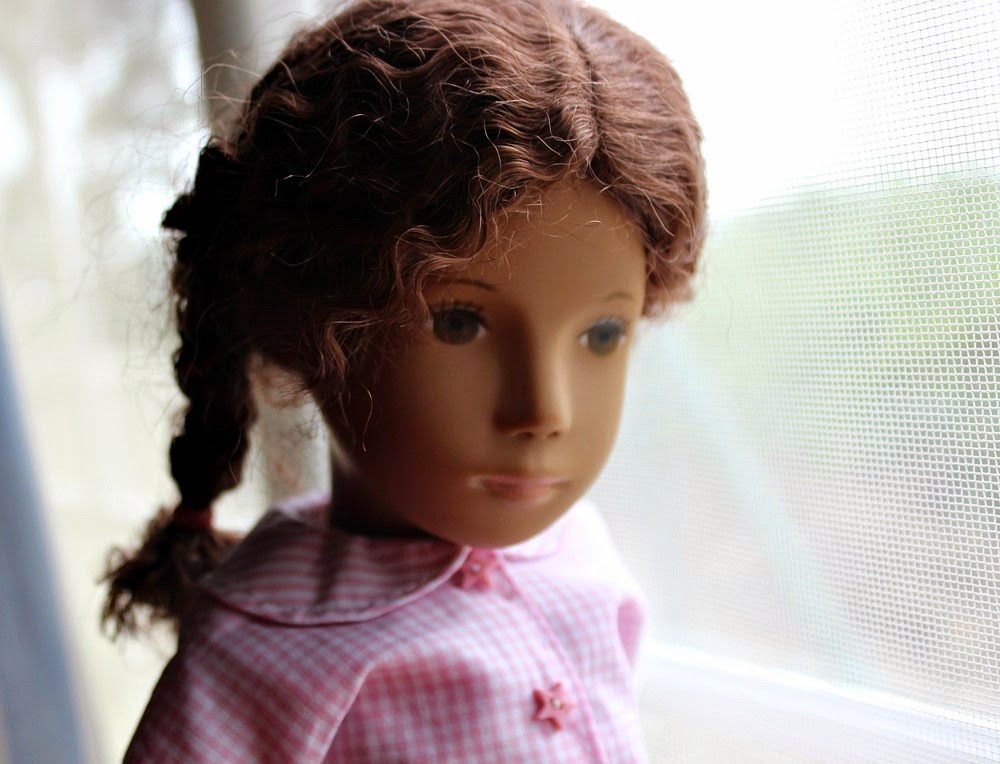 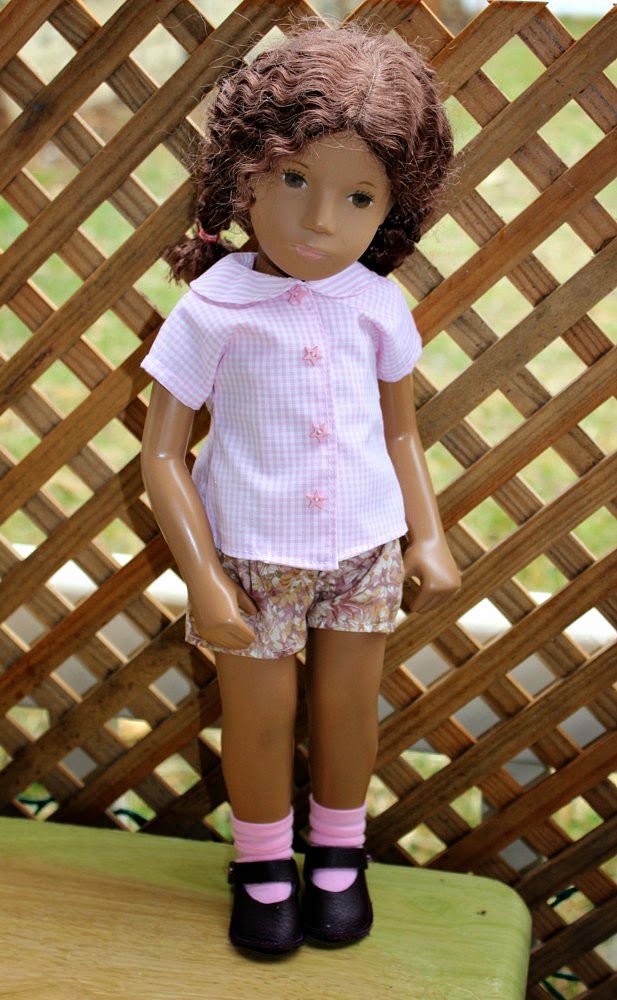 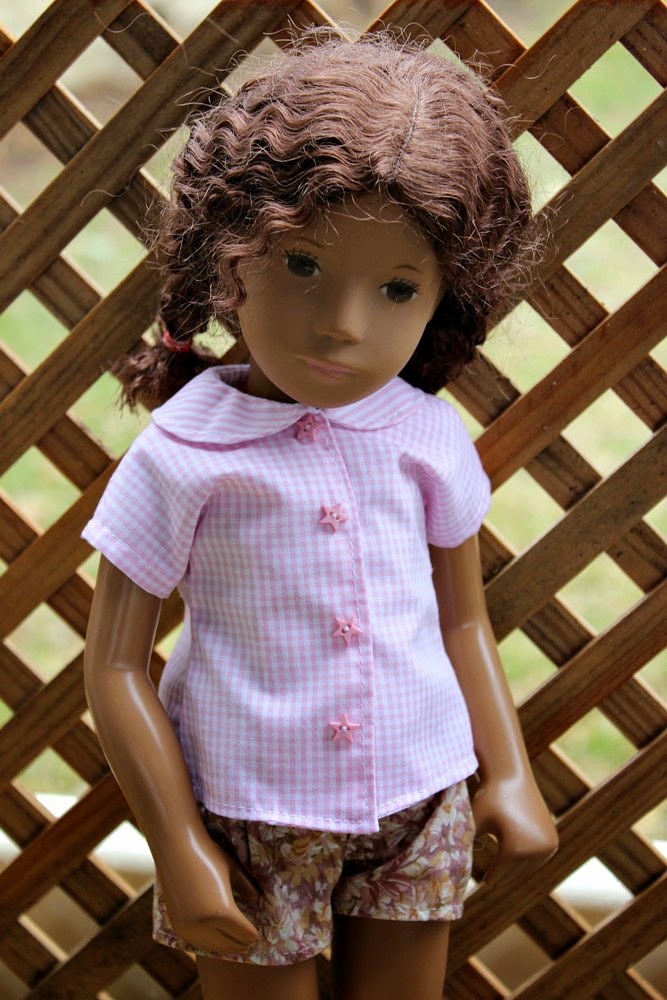 And finally with Bailey!  I think these two could almost be twins!!! 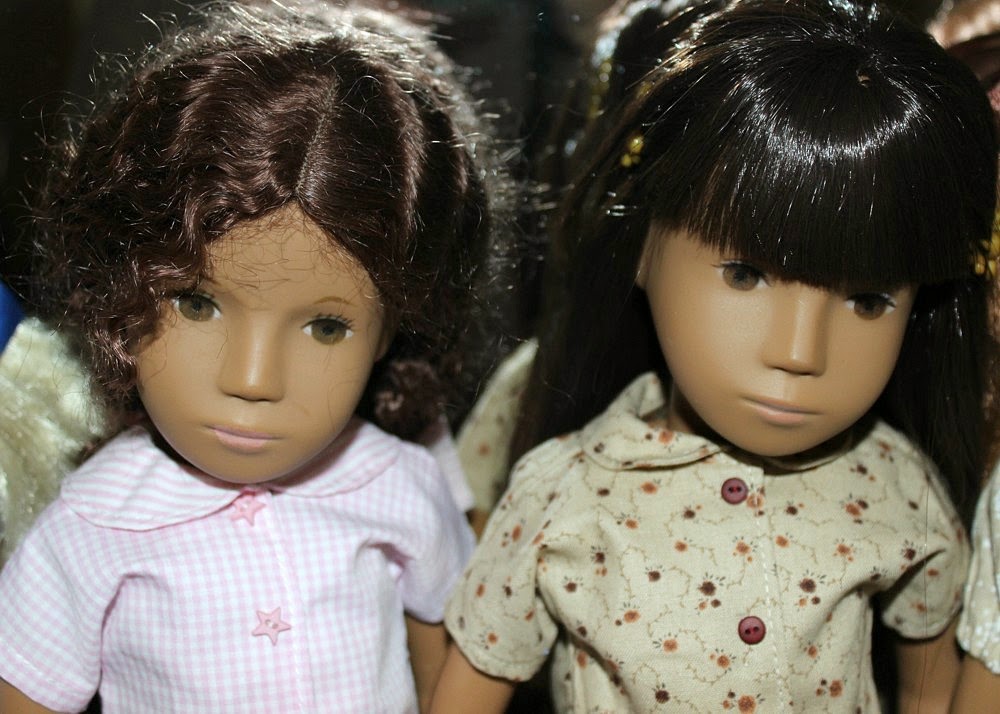 I think I might redo the eyelashes again when I have time, I've not sealed them so it shouldn't be a problem and will take more time over them, but I'm really quite happy with ex Stinky Boy now as a more sweet smelling little girl! :)

Have a lovely week everyone!