Last night the clocks went back here one hour so it was lovely to have an extra hour in bed.  I didn't get up until gone 9am, but then again we were up late watching an episode of Foyle's War.....if you've never seen it I highly recommend this drama set during World War Two Britain.  Its an excellently made series, and the main character, Detective Chief Superintendent Christopher Foyle, is brilliantly played by Michael Kitchen.  The series is written by Anthony Horowitz who also wrote Midsomer Murders.  Here is a link to their website:

Often when I watch this series, I think of the song With One Look from the musical Sunset Boulevard, because Michael Kitchen can REALLY act, often there's no need for him to say a word, you can just read what is going on by just looking at his face.  There's no wild car chases, no loud music in the background, just good old fashioned ACTING!!  As a dear friend of mine said of the series "I wanted the war to never end just  so as I could keep watching Foyles War!" And I know exactly what she means!

So if you get the chance, I really recommend watching it!

That aside, today was a beautifully sunny and warm day so I took some photos in the garden which I thought I'd share here.  Some were of one of my little dolls, but I also took these:


Interesting patterns in the sky: 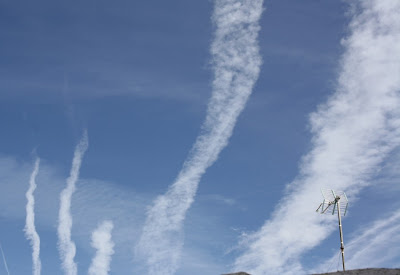 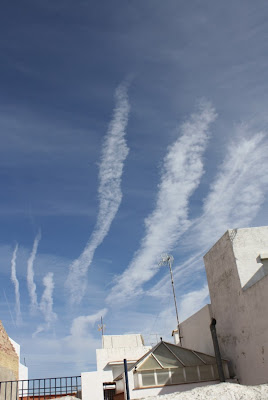 Lots and lots of lemons on our tree but not ripe yet,
probably won't be ready until Christmas: 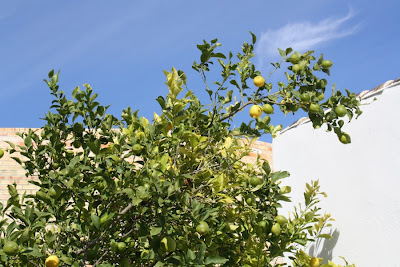 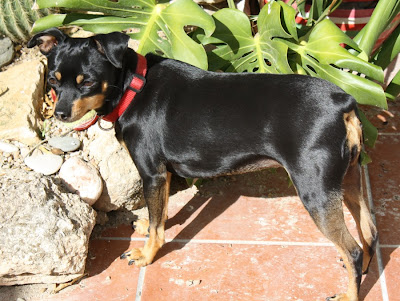 A couple of photos of Elfdoll Hana Angel, one of my older ABJDs: 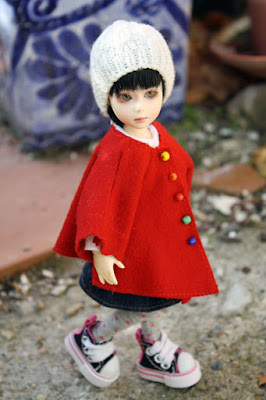 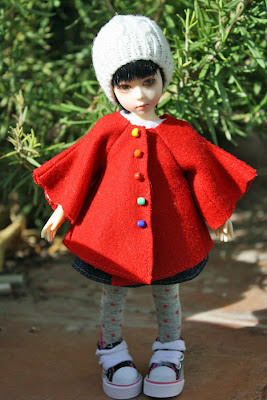 We also have a lot more oranges this year,
but, like the lemons, it'll be a while until they are ready
for eating! 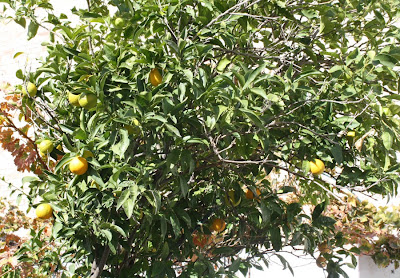