Downsizing? Me? LOL, if you believe that, you'll believe anything!

Well I told myself that I was going to downsize.....dolls would be going up for adoption!  And fair enough, I did indeed sell some dolls and my paypal account was looking rather healthy.  Ahh, but as I've probably mentioned before, when I have money in my paypal account, so it burns a hole right through the bottom!  So although my BJD numbers have decreased, I've replaced those adopted out dolls, with ...... yes, you guessed it, Sasha dolls!  Yes, I was the person who initially was only going to have the one, a girl, I didn't want any boys. Erm, then I 'accidentally' bought a boy, so I had a boy and a girl....but then lo and behold I saw my redhead 'waif' on Ebay and just couldn't resist her.....and so we had four!

But suddenly, I just kept seeing girls that I loved, couldn't resist and could afford......so I brought them home and slowly but surely my Sasha family increased.  Of course I'm completely innocent here, it is all the fault of Shelly of Sasha Dolls UK!!!  Well that's my excuse and I'm sticking with it!

So now I have 9.  Yes, 9!!  Up until yesterday it was 8, but last week I saw another little girl on Shelly's site that I just had to have, and she arrived yesterday.  I had been looking at the later Gotz girls for some time, asking Sasha friends about them and looking at photos on Flickr and elsewhere but I was always a little wary of their eyes, which looked a bit 'staring' in photos so I wasn't sure.  Then I saw a little cutie on Shelly's site, a Wibke, who had repainted eyes by Shelly!!  Absolutely perfect!  I decided to think on it overnight   By the morning, having seen some very cute photos of a similar girl on Facebook, I had decided that yes, Wibke would be coming home to join my girls and boys.  The great thing was, between showing interest and making up my mind, the price of the doll was reduced by £50!!!!  Even better!  So here she is, and I'm really happy with her, she's so cute. I wasn't expecting her to be so petite, I thought she'd be bigger than my other girls but she is actually fractionally smaller even than the older Trendon girls!  I'm really pleased, she fits in perfectly with my darker skinned family.

So introducing Heidi, my little German pale skinned girl with lovely dark blue eyes repainted by the very talented Shelly!  She has borrowed an outfit from another of my girls because she had nothing to wear, but I will rectify that soon enough.  In the meantime, I think this dress suits her perfectly!! 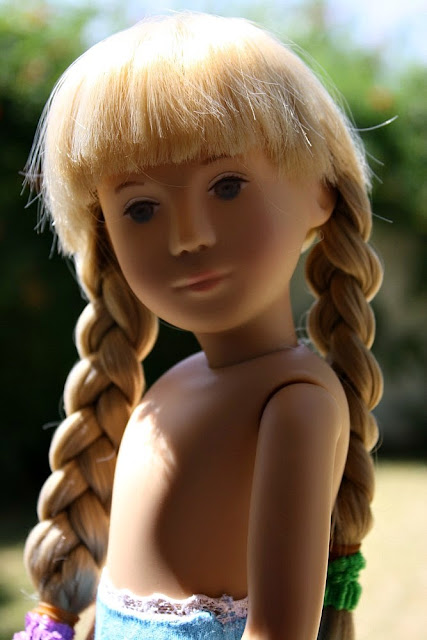 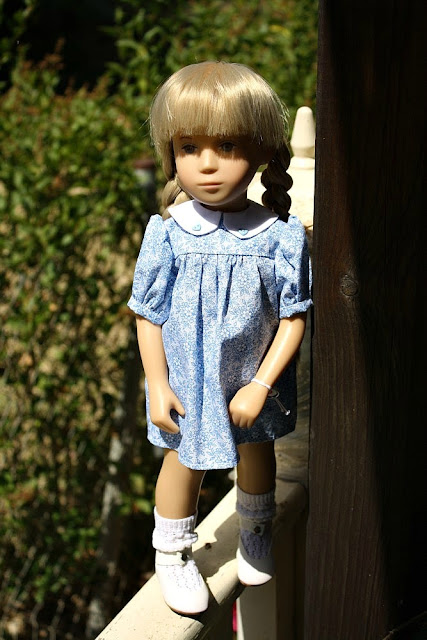 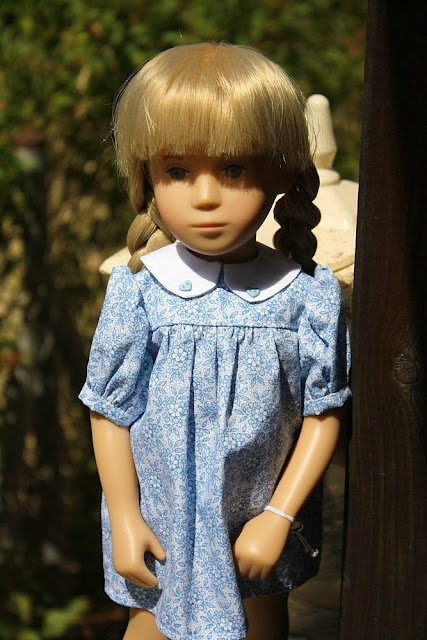 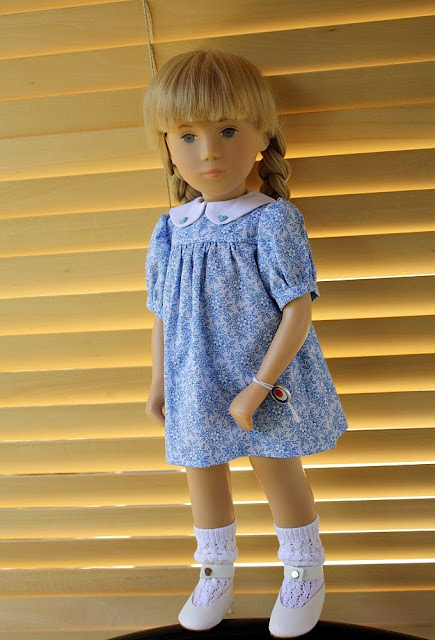 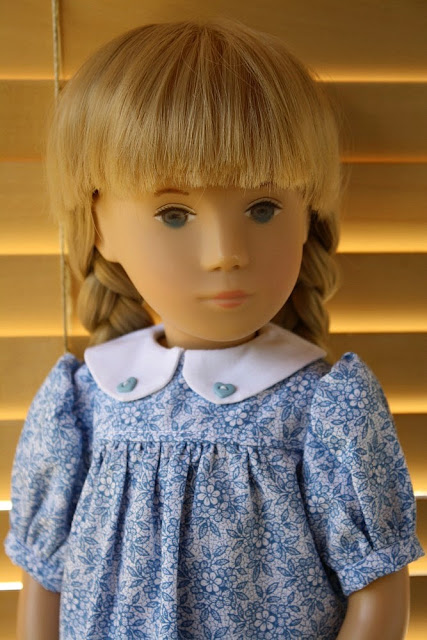 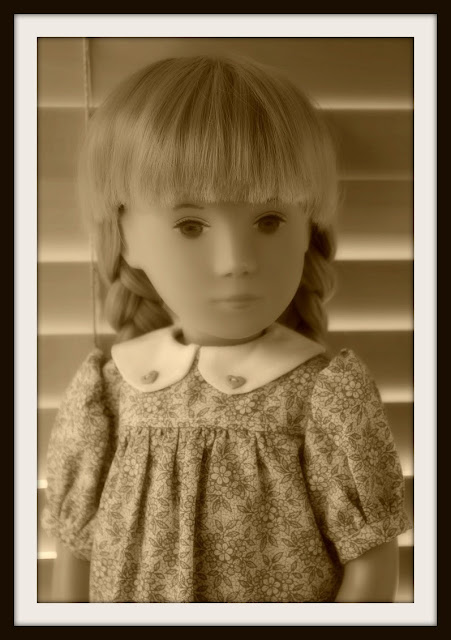 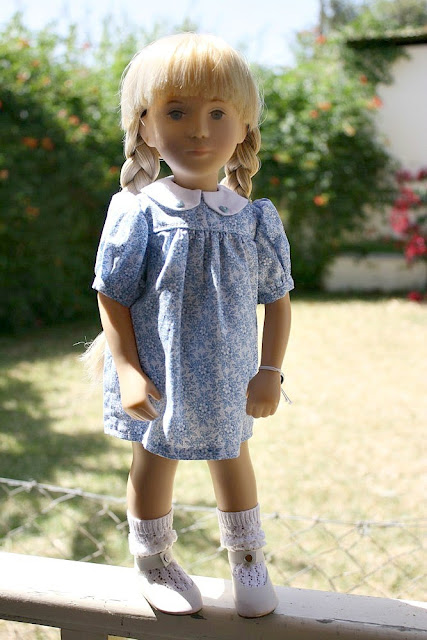