Hello, my name is Sharon...and I have an ADDICTION!

Yes, it's confirmed, I'm addicted to Sasha dolls!  I was planning on being good this month, not spending any more of my money on dolls, but then just two weeks into the month and I've already broken my own 'rule'!!!

I think I may have mentioned that I was looking for a little Gotz girl from the 1960s, having fallen in love with Kendal's lovely blond 'waif',  I think called Sophie, so I'm constantly looking on Shelly's site, Ebay and anywhere else where one might pop up for sale.  A couple of weeks ago I saw a little 'waif' listed on Shelly's site, but the first few rows at the front of her hair had been given the 'budding Vidal Sassoon' treatment, cut off right down to the scalp.  But however much I told myself that I really didn't want a girl with her fringe cut off, I kept going back to look at her.

Finally today I made the decision....with lots of help, thank you, you know who you are!....and decided to go for her!!  So hopefully, she will be here by the end of next week!

Here she is, not my photo of course, it belongs to Shelly.....but I just had to share!!! 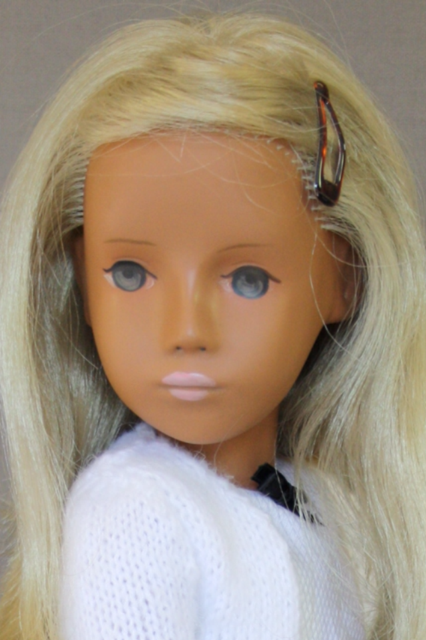 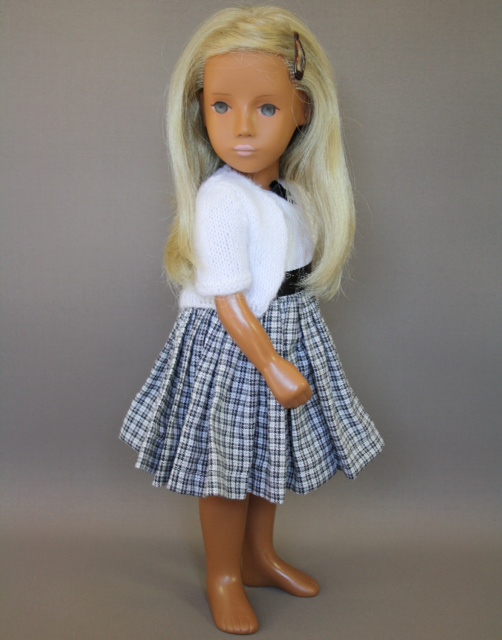