After seeing Dee's blog post yesterday on collecting, Sasha Village, I thought I'd share some photos of my Lladro by Nao.  I took these photos some time ago with a view to doing a blog post, but as often happens, life got in the way and I never did get to share them.  Until today!

I've been collecting Lladro since March 1986 but haven't added to my collection for a while now as I have about 19 pieces and would struggle to find more spaces to display them!  I've had some breakages though.  My big ballerina got damaged when Brendan was small, he climbed up to the window to see a fire engine and knocked her straight off the window sill!!  She suffered quite a bit but I've still kept her!!!  Also, we used to have a cleaner who suffered badly with her nerves and as a result had very shaky hands.....she managed to knock a few over in her time!  That'll teach me not to do my own cleaning!!!  Please forgive the dust in the crevices of some of these.....I no longer have a cleaner! :) LOL

There is one piece missing from these photos, it had been broken and the glue was drying! 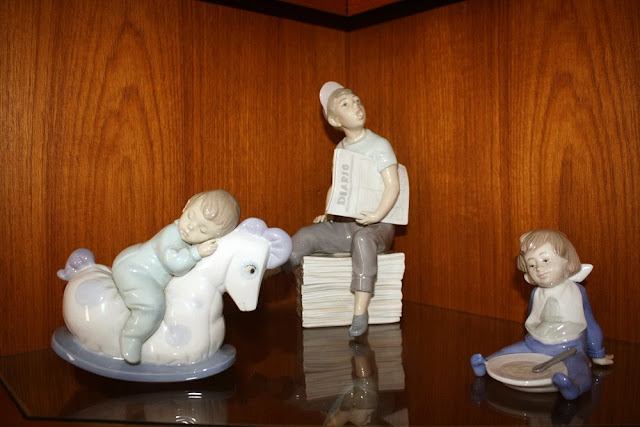 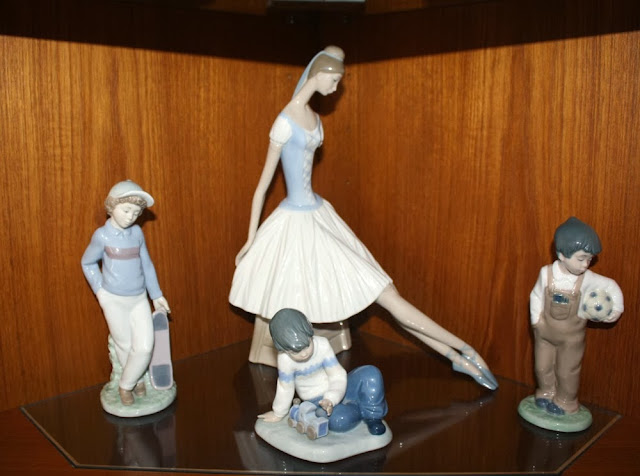 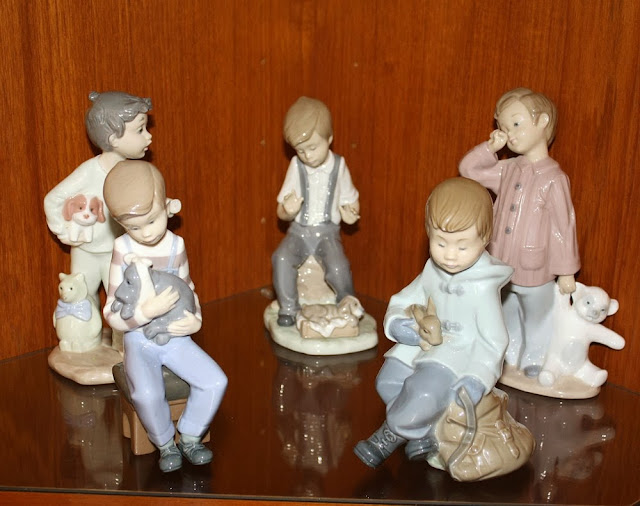 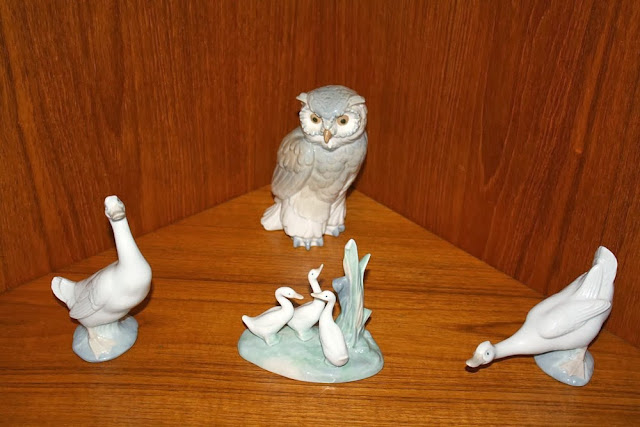 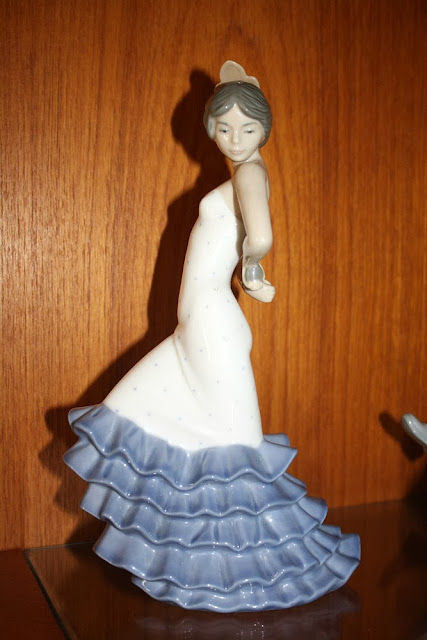 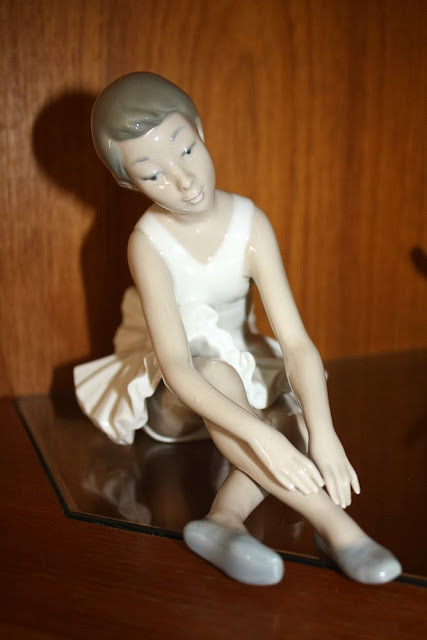 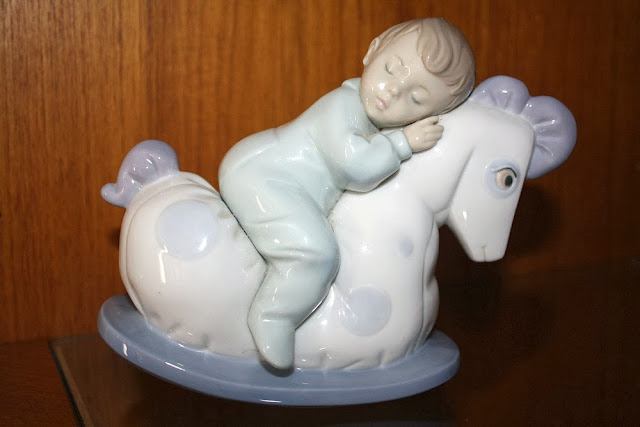 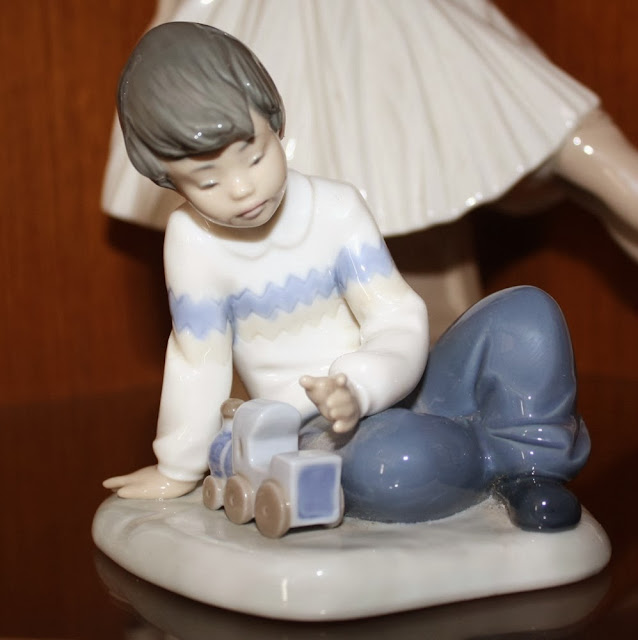