The things we take for granted....

Sometimes we take so many things for granted that we never imagine that one day we might be fighting for our lives, literally, whether it be through illness, injury or purely, as the expession goes, through 'acts of nature'.   This isn't a dolly post as such but it is about one of my closest dolly friends, Anita, who I've been friends with for some 10+ years now and who I chat with on a daily basis about our dolls and life in general.

Anita lives in the US and collects several types of dolls but mainly ball jointed dolls.  Earlier in the week she was telling me and Kate, another of my very close dolly friends from the US, that she was making a list of dolls that she would be 'grabbing' if they had to evacuate their home in the event that the fires raging in their area, came too close.  She said that there was smoke all around but so far so good, the actual fires were not yet close enough.  We hoped it would remain that way.

However last night, because she knows how much we would worry, Anita sent a quick one liner to Kate and I saying that they'd been given the order to 'evacuate'!  Instead of doing that though, they got their dog, Gus, out to the safety of a friends house and then Anita, her brother in law and their son, started the long battle to try and save their home of 30 plus years!

Sadly Anita's brother in law lost his home to the fire, but Anita and her husband were more fortunate in that as they were fighting the flames so a helicopter came over and dumped a whole load of water down on their property and then a water truck appeared and managed to soak the barn.  If the barn had gone up, it would have taken the house with it for sure.

Here are the photos Anita sent us......it is pretty scary how close the flames actually are to Anita's all wood ranch style home..... 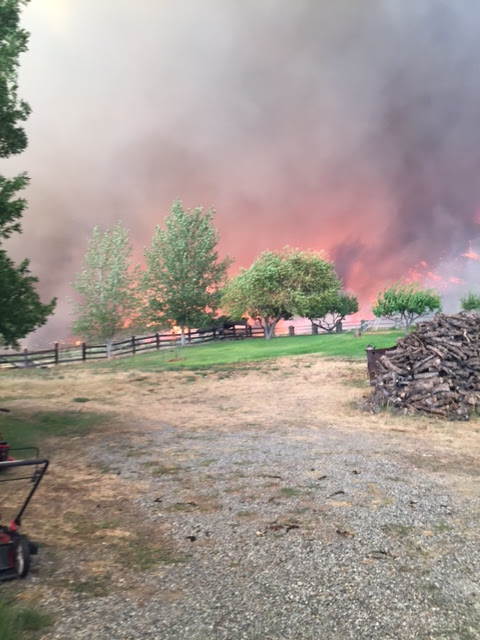 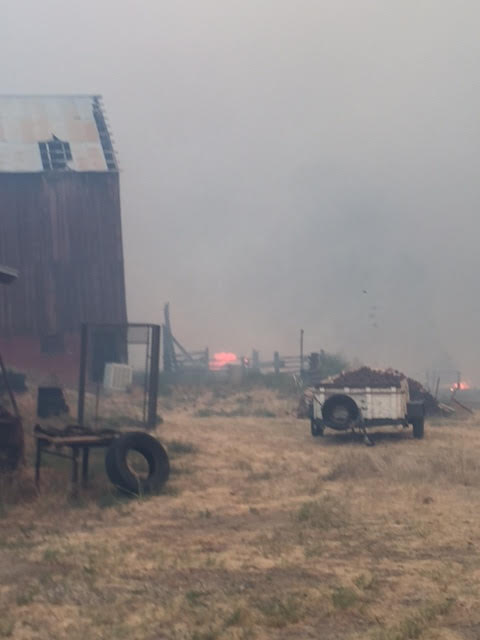 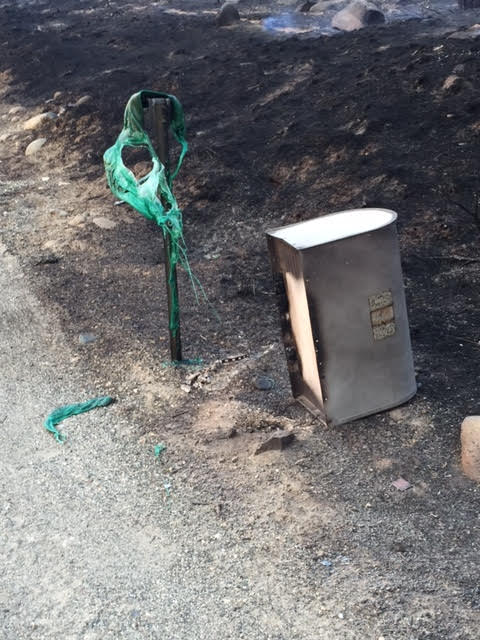 I am so thankful that although they now don't have power and everything stinks of smoke, they are safe and well, although exhausted, as you can imagine.   Isn't it scary though that we'd even have to think about what we'd do in the event that x, y or z were to suddenly happen.

And thankfully Anita never did have to act on her list.