I was getting the girls and Alex ready to go to the coast tomorrow, and because I want to take all five of them, I've had to be a bit sneaky about packing them!  My husband is as good as gold but I don't think I can really get away with saying that I need them all as models for my sewing when basically they all have the same body!!!  So I've packed them like sardines in a shopping bag!!!  Of course the girls were not amused and were worried that their faces might get rubbed!

But then I had a good idea!!!  I would protect their faces with the big face protectors that I'd bought for my Blythes!  And I had just the right amount of them that everyone has one!

So although the girls aren't overly impressed with their new face wear, Alex is delighted and thinks he's going into space instead of to the coast!!!  He hasn't stopped singing "Ground Control to Major Tom...." since I put his on him!

If anyone is interested in information on these face protectors, just leave me a note and I can give you the link etc. 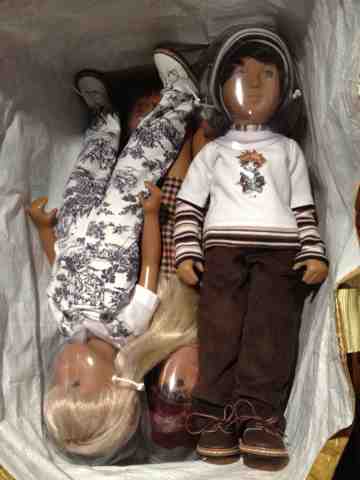 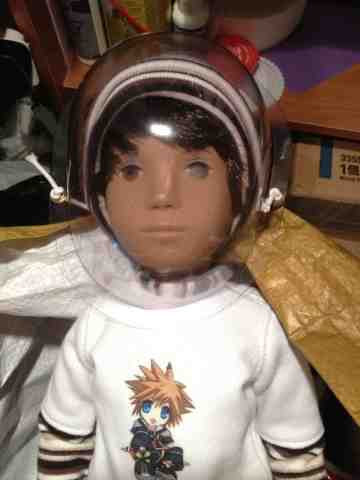 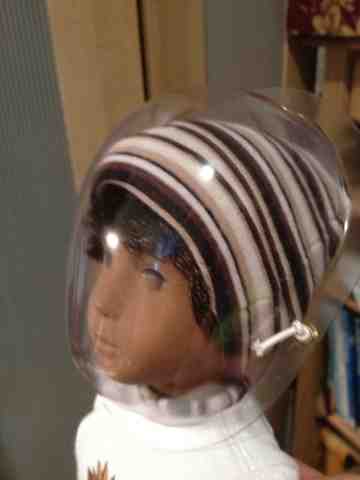 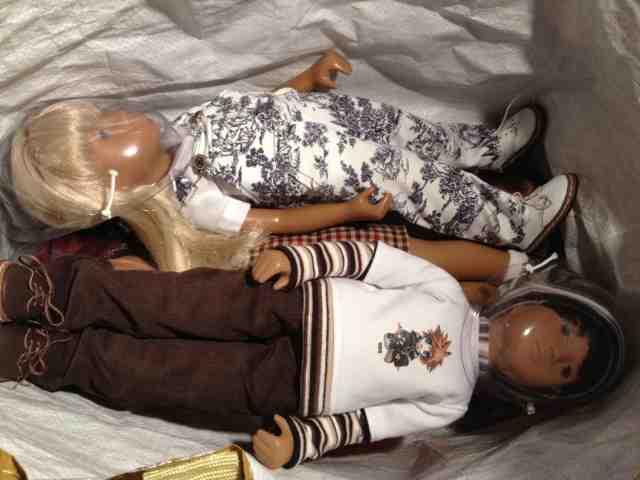