The weather has been awful for the last week and as a result all the photos that I intended taking, didn't get taken.  So I decided to have a look through my photo 'archives' and post some of my favourites here.  I apologise in advance to those of you who've seen these before, I hope you'll forgive me but I don't want to get behind with my blog posts again and ruin my 'New Years Resolution' of posting more often :)

Starting off with my little Tuesday's Child Daniela by Boneka, sculpted by Dianna Effner.  She is ready to do some modelling for me as I'm going to be making a couple of outfits in this size, hopefully starting this coming week :)  Isn't she a cutie!  I sometimes think her curls are a little bit too large for her face and that I might trim them a bit....then I remember that I'm NOT a hairdresser!!! ;)  The outfit below, I made for my YOSD sized BJDs but it fits her perfectly. 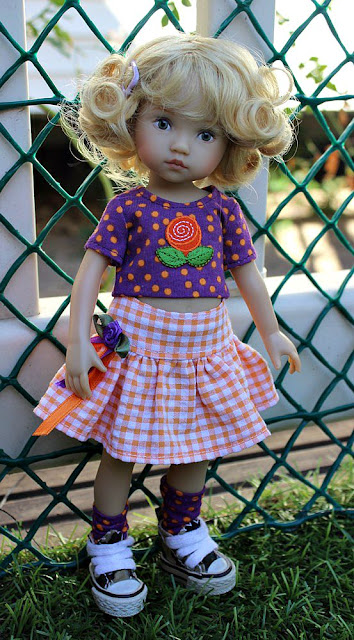 And here she is again in her default outfit, with a straw sunhat that I added to keep the sunshine off her face: 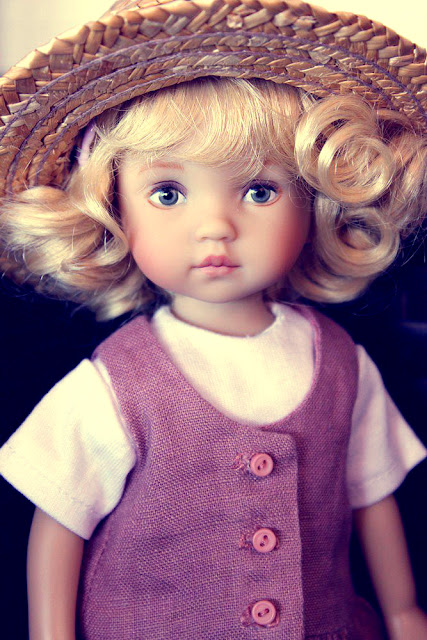 Next we have Ellie, a #1 sculpt, who I'm sure most of you know by now as she has been on here so often!  For those who don't know her though, she is a Little Darling handpainted by Dianna Effner.  Her beautiful eyes, which look like glass, are actually painted layer by layer to achieve this wonderful look.  Ellie arrived in May 2014, the first of my Little Darlings to come and live here. 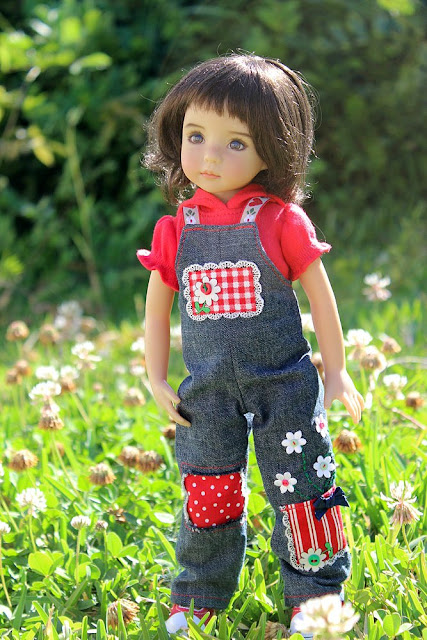 It's hard to believe that her eyelashes, both upper and lower, are actually painted on too....they look like they must be applied lashes, don't they! 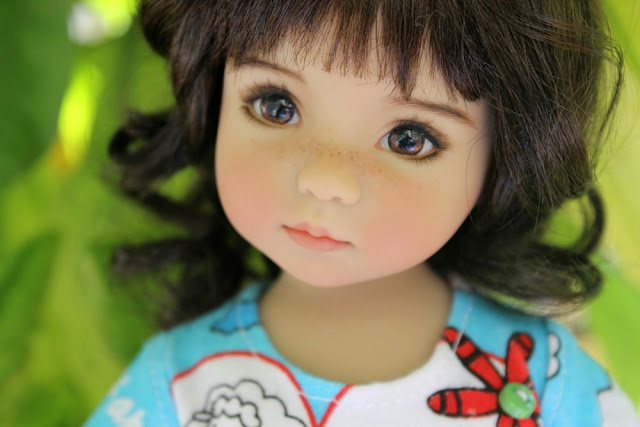 Another of my Little Darlings, this one is a #2 sculpt or 'Asian sculpt' and is also sculpted and handpainted by Dianna Effner.  I call her Gem, she came to me secondhand from an old friend in the US back in April 2015....l love this girl too!!! 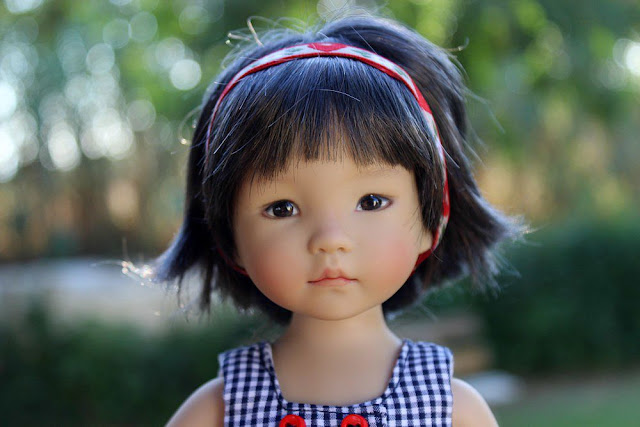 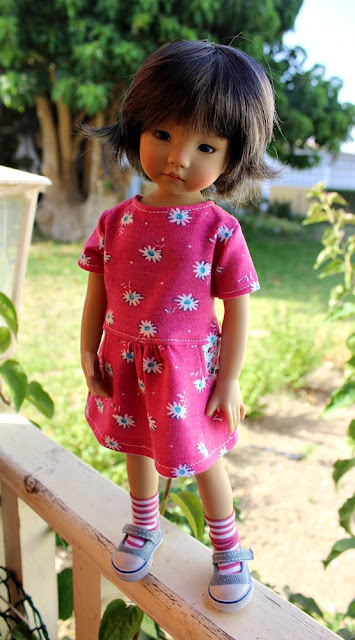 Next we have another of my sweet Little Darlings, Nikola, another #1 sculpt, this time handpainted by Nelly Valentino in September 2015.  She had a twin who went to live in Switzerland last year, but I kept Nikola as she was my favourite of the two. 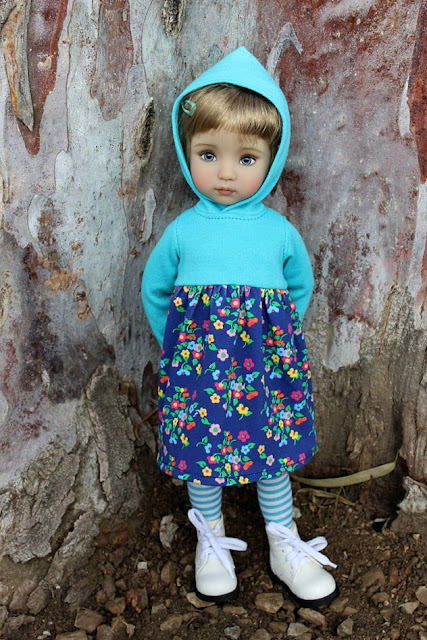 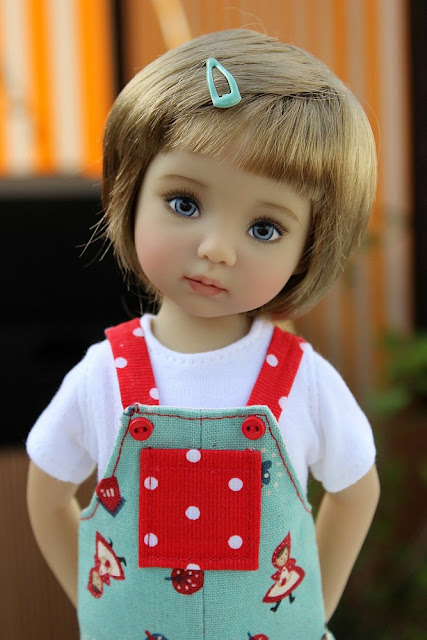 Below we have Rory, another #1 sculpt, who is a tanned Little Darling handpainted by Lana Dobbs....I waited so long for this girl, 26 months, that I thought I'd never warm to her!!  But she is so cute that she is still here, having arrived in June 2016!  Although I've not taken that many photos of her, I've no idea why!  I suppose it's a bit like 'first child' syndrome, the first baby always seems to have loads and loads of photos taken of it....as in the case of Ellie who was my first Little Darling, whilst the others only get their pics taken as an 'afterthought'!! 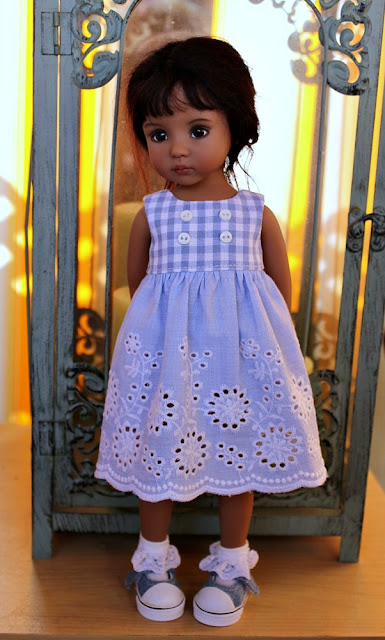 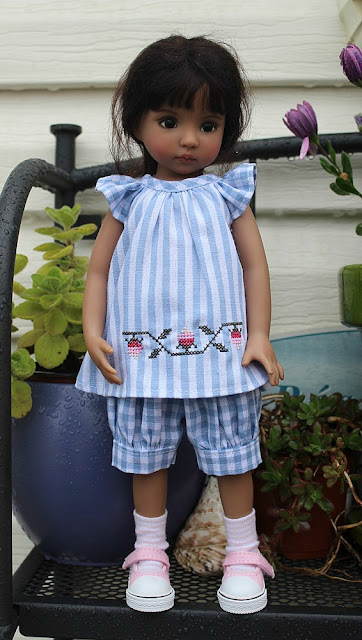 And an extra photo of Rory in the rain because she's been so neglected!!! 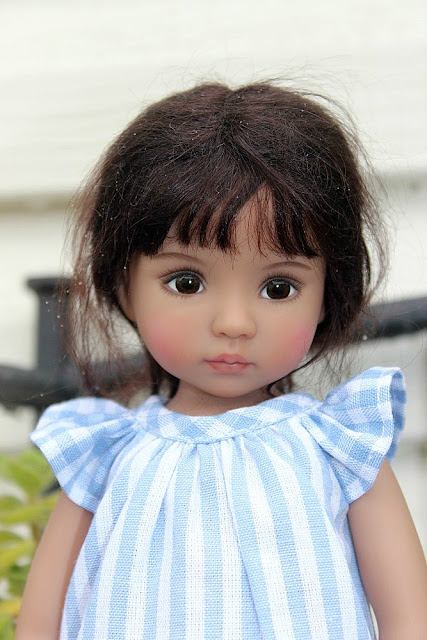 Finally we have Reece who is the only one of my Little Darlings that isn't handpainted by  Dianna or one of her artists.  She is factory painted but I enhanced her a little by adding some finishing touches to her face.  Despite her not being an 'artist' doll, I still love her as much as the other four :)   She is a #2 sculpt and came here in September 2014, my second Little Darling to arrive if I remember rightly. 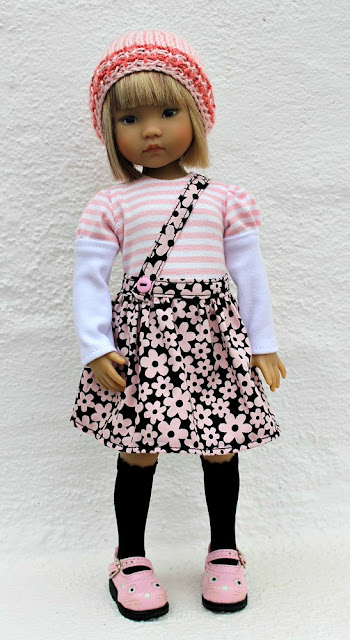 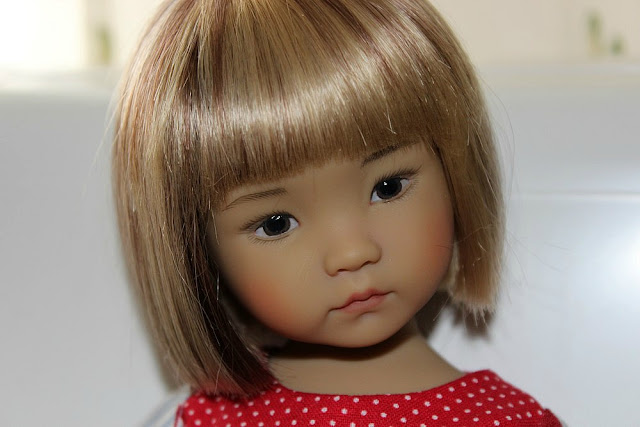 I hope you've enjoyed seeing my Dianna Effner sculpted dolls again, and apologies that these photos aren't new, but I thought 'old' was better than nothing at all :)   I will try to get more photos of my dolls once the weather improves :)

I hope you all have a great week ahead and that if you're having problems with your weather too, it soon improves :)