On Saturday I 'nipped' home from the coast to collect some fabric for my incredibly patient latest commission....and whilst I was there, I decided to have a root through my dolls clothes boxes and bring some things back here to try on my new bigger girls, Marlee and Tanya.

One of the outfits I brought back with me is a pair of overall/dungarees that I made some time ago for a Super Dollfie girl from Peaks Wood.  Someone had previously commissioned me to make some overalls for their Volks SD and I'd made my own pattern for them, which I was so pleased with, but I'd not really made any other pairs since.  So when my friend Magdalena gave me some fabric left over from a flamenco dress, I thought I'd make the overalls again.  Instead of denim though, they'd be brown with pink polkadots and gingham linings!  But since I'd sold the doll, the overalls were just left unused.....until now that is!  Marlee has decided that they're perfect for her!!!

They are waaaaay too long, that adopted out girl had seriously long legs, but even rolled up several times at the ankles, I think you'll agree that Marlee shows real attitude wearing them! ;) 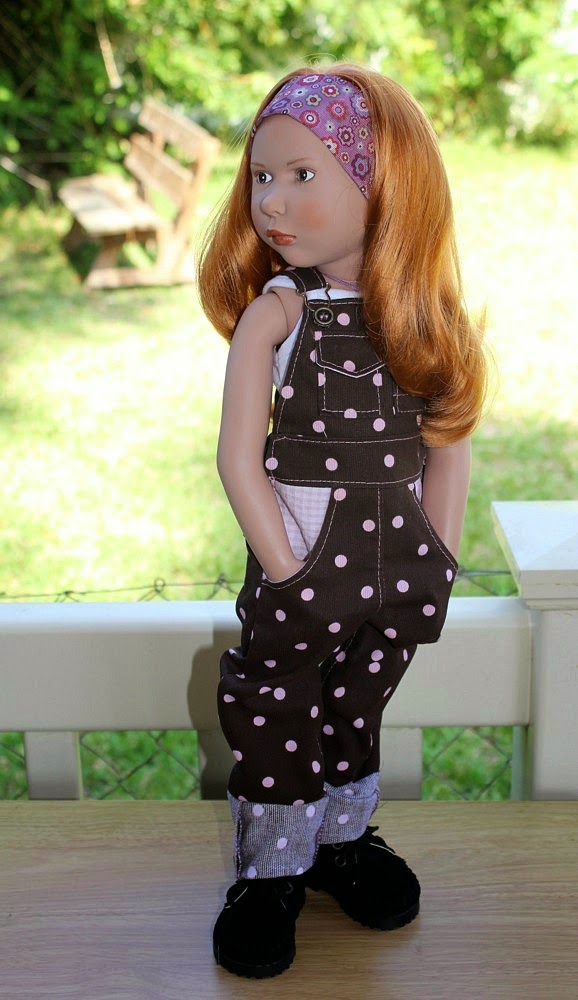 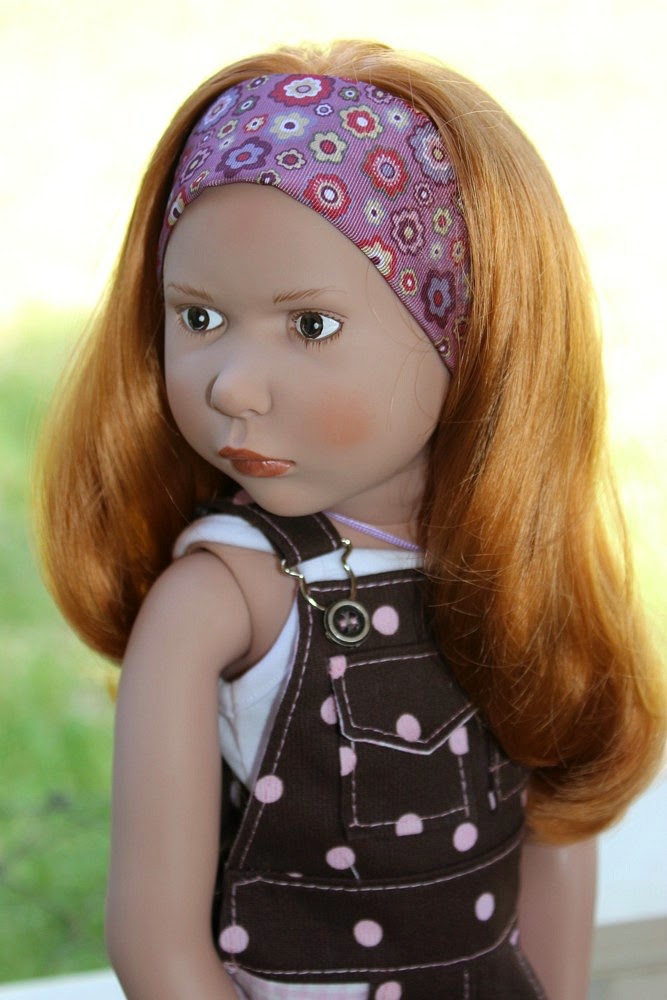 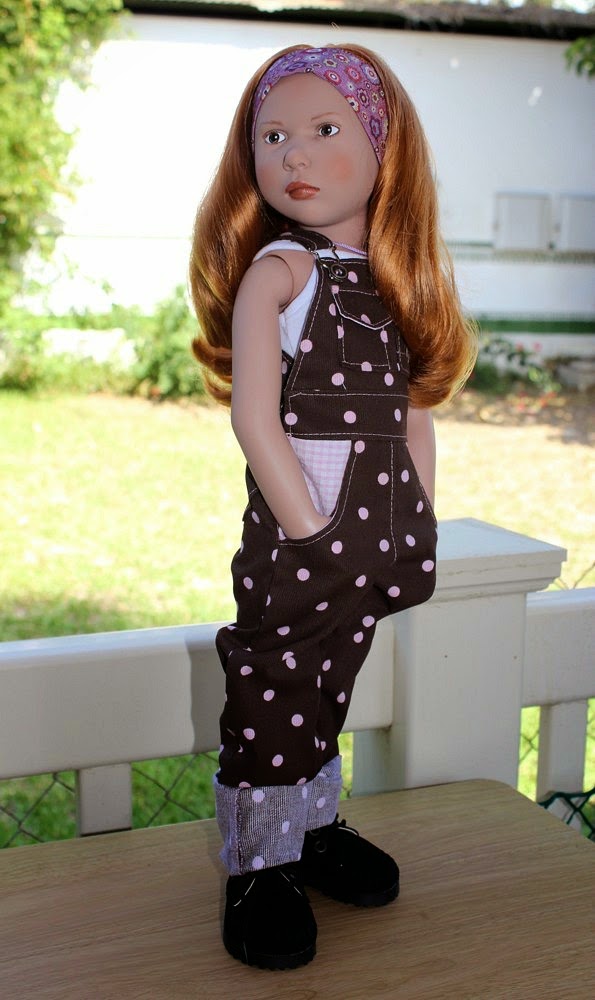 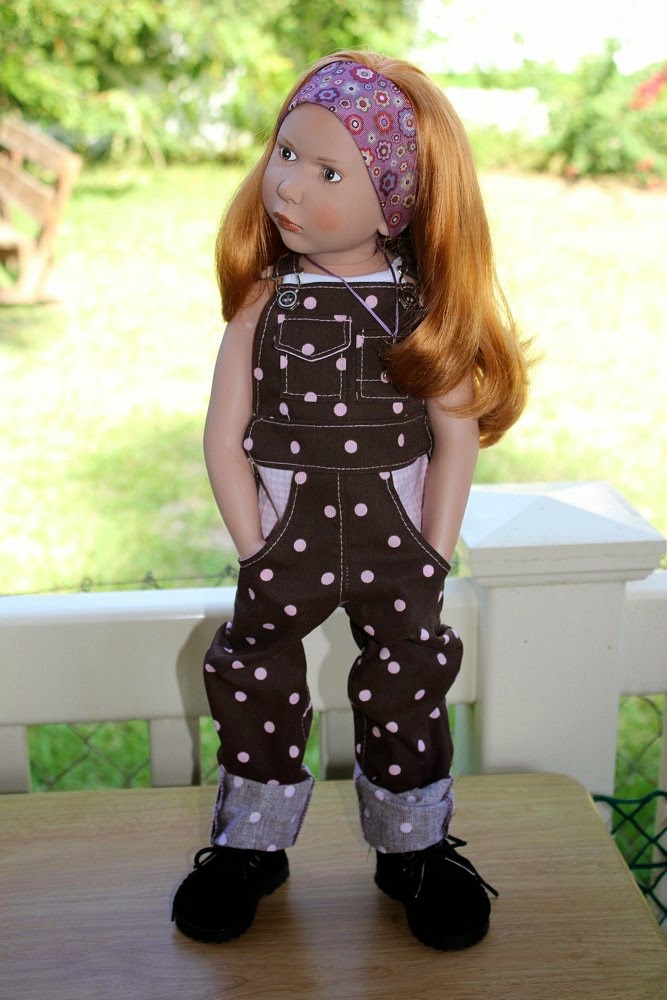 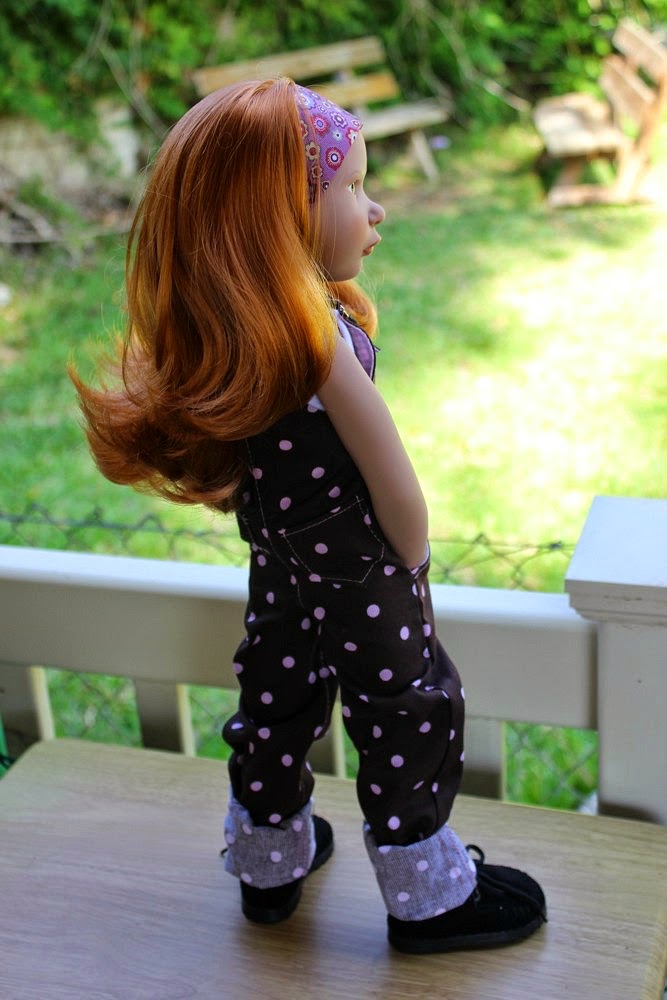 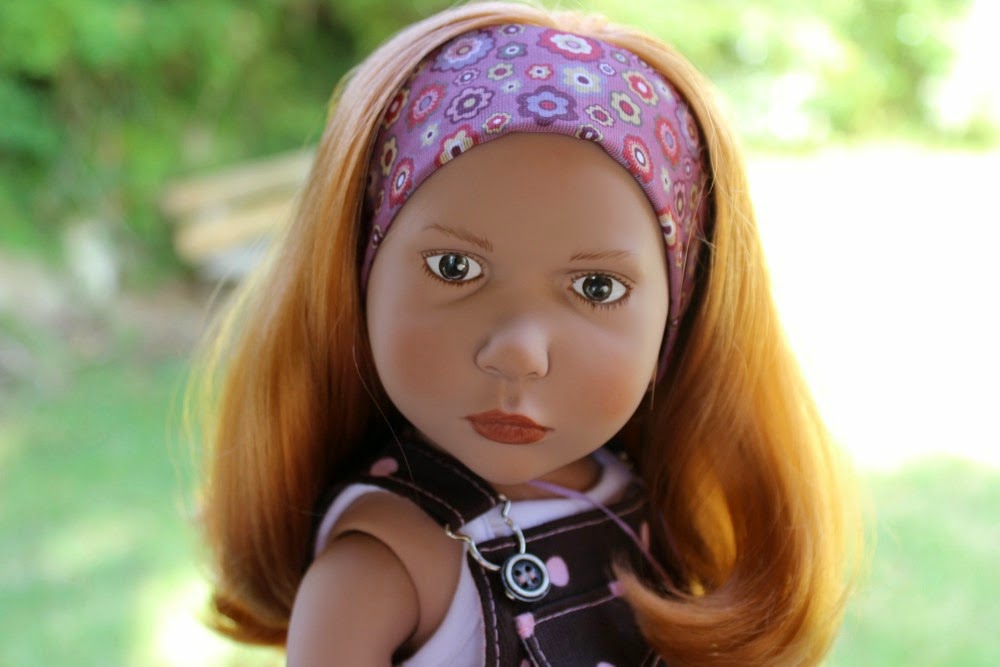