For a long time I have wanted a tanned Fairyland Mini Fee Mirwen, so back in December 2016 I was trawling through the 'For Sale' threads on Den of Angels BJD forum when I spotted someone was selling a tanned Mini Fee Mirwen head!  The seller was in Canada and I felt the price was reasonable, $125 including shipping.  The head had a default faceup (face paint) from Fairyland, and she looked nice.  Although I would have liked to have bought a full doll, I was more than happy to get the head and thought I could then look for a tanned body for her afterwards.  For the time being she could share my Mini Fee Chloe's body.

The seller responded to my message saying the dolls head was still available and she would be happy to send to Spain as a gift and would mark the value low.  I was really pleased and as a result of what I saw as her 'kindness' in being so helpful, I sent the $125 as a gift.  And waited.....

And waited....and waited a bit more!

When six weeks had passed I contacted the seller and asked if she could check the tracking her end as I'd not received the head.  Ah, she tells me, she didn't send the head tracked, just with stamps stuck on the parcel and she'd thrown away the receipt.  Well I guess that should have sent warning bells ringing in my head but I gave her the benefit of the doubt and waited a bit more.

When more than two months had passed and still no head, I realised that the head was probably 'lost' in the post.  I contacted the seller a couple of times more but she didn't respond, so that was it.  I thought the head might still arrive but there wasn't anything I could do about it money-wise as I'd paid through Paypal as a gift!  So my $125 and my doll head, were gone.

It wasn't until a couple more months had passed that I saw that the very same seller had been banned from the Den of Angels forum.  It turned out that she and a group of other 'sellers' in her location, had been scamming buyers by selling items that they didn't actually have, using other people's photos of the said items, or using photos they'd found on the internet!!!!  I'd been scammed!!!

It really put me off buying another Mirwen so I stopped looking.

So a year and a bit went by and I still wanted a tanned Mirwen, so I decided to put my negative experience behind me and I put a 'WTB' (Want to Buy) on Den of Angels and after about 3 weeks I got a message from a really lovely lady in the US telling me that she had a very pretty Mirwen for sale, was I interested?  This time I was prepared and I did a bit of research and saw that she did indeed own a Mirwen and this seller was known to other BJD collectors that I am acquainted with....so I went ahead with the purchase.  Soooo, finally I'm able to show MY Mirwen, and what a pretty one she is too!!!

And here she is!!!!  She doesn't have a name yet, and her wig probably will be replaced when I can get one that I prefer, but apart from that, she is lovely!  Her faceup is custom by a lady called Patricia Preisinger.  Clothes by me, shoes by Summomo on Etsy. 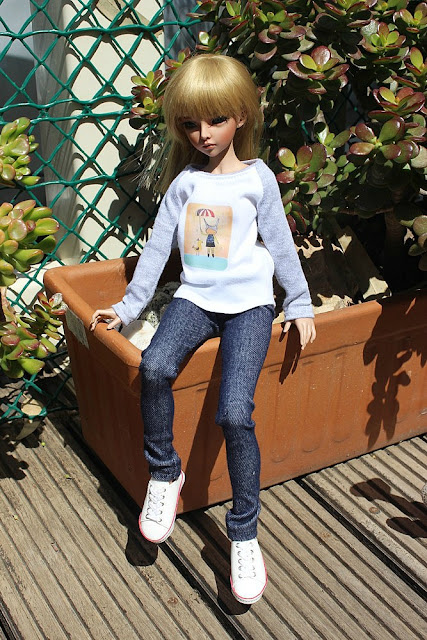 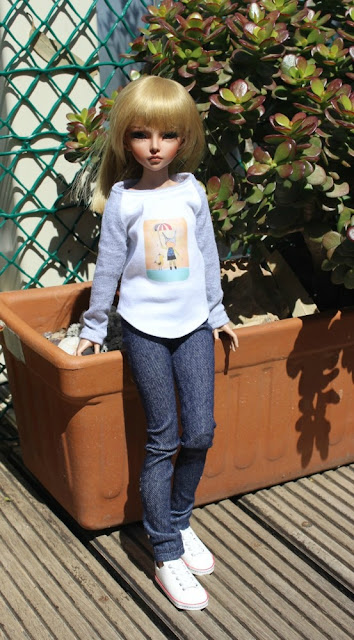 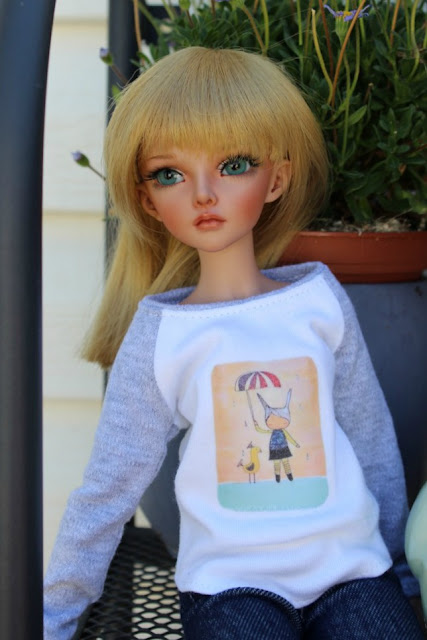 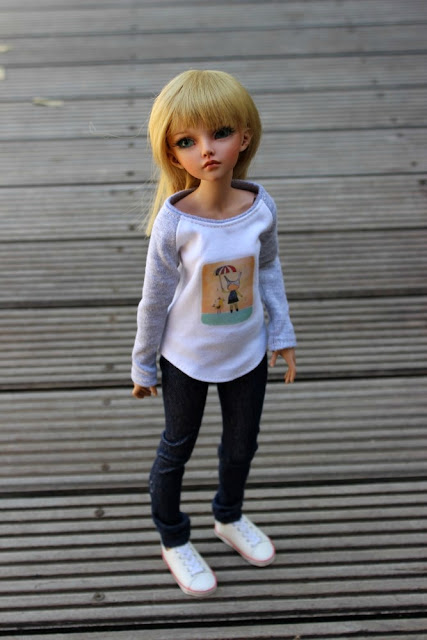 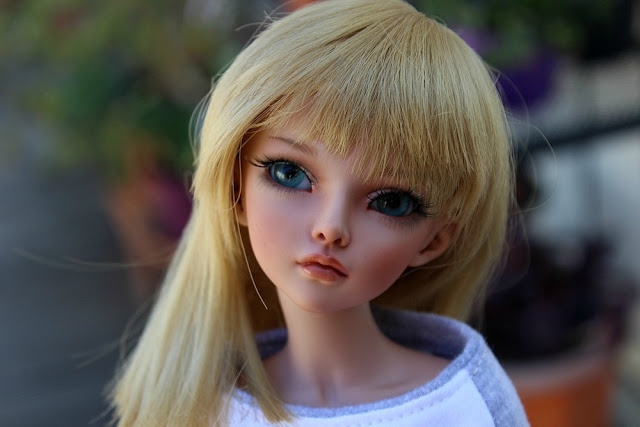 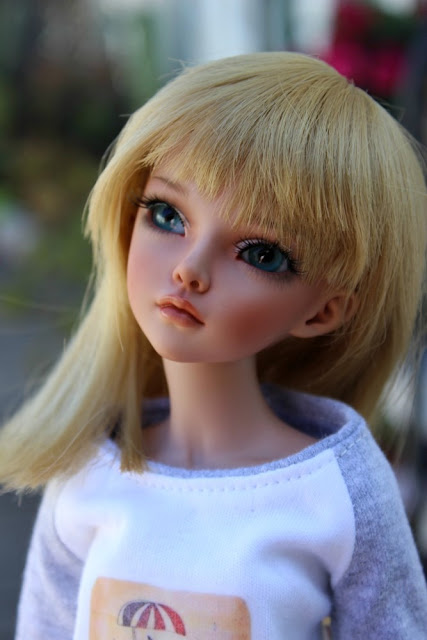 And here are my two girls together, although it's not a great photo....we have SUNSHINE at last!!!! :) 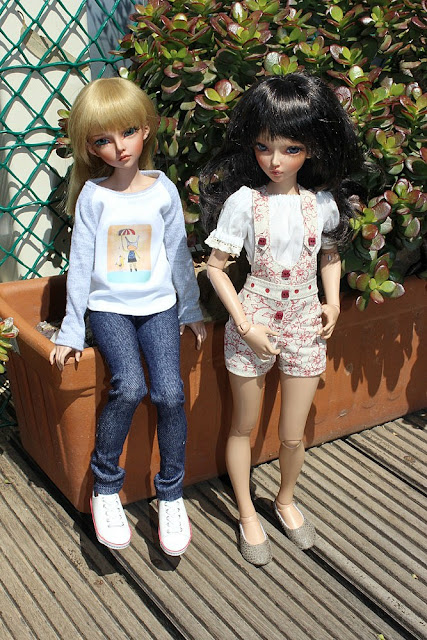 In the meantime, I've been sewing in this size again, the outfit is being beautifully modelled by Chloe.... 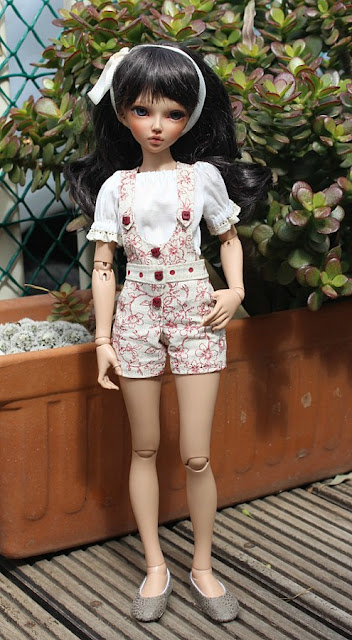 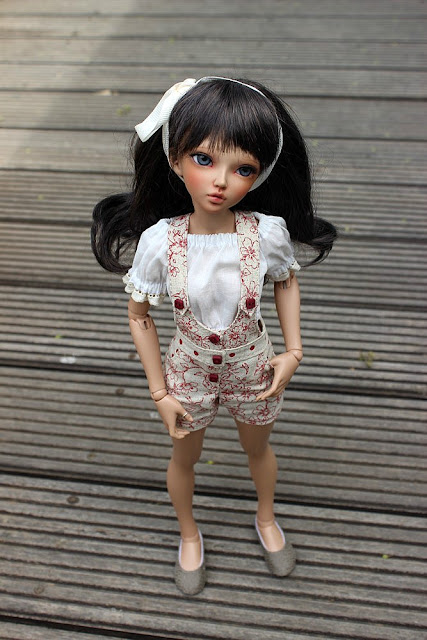 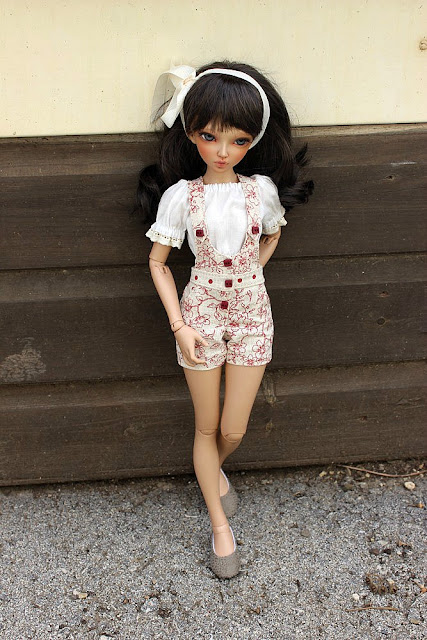 I hope you've enjoyed seeing my new girl, now all she needs is a name :)

Have a great weekend and thanks for visiting.