It has been really cold over the last week and the dogs really don't do winter!!  They just want to snuggle all the time, which is fine by me as I really have been feeling lousy with these darn ears of mine, yes the doctor has confirmed that I have an ear infection in both ears.  So sitting on the couch with a couple of Chihuahuas down my sweatshirt, suits me just fine, thank you!


Yoda and Kara don't do winters.....actually they don't do mornings either really! 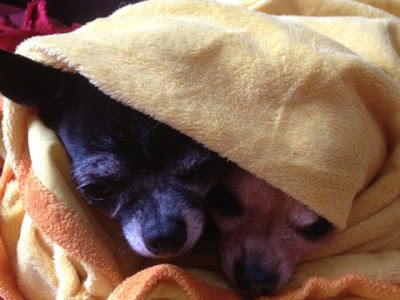 It's a hard life being a dog!!
Lucy (Min Pin) and the three Chihuahuas are exhausted!
(L-R Lucy, Suki, Choco and Yoda) Kara is inside her dads hoodie! 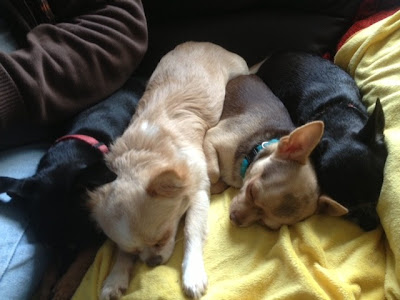 Sitting around doing not much of anything has given me the excuse (as if I need one!) to drool over other peoples photos of dolls on the internet, as I've not really been taking any of my own recently.  One photo that I found a little while ago, and really helped push me into getting my Devon, is this photo of a little Gregor, known as Ludo and he lives, I believe in sunny California.  He is owned by a contact of mine on Flickr, TuSabesBlythe, a Blythe collector who obviously enjoys other dolls too.  I just think that this little lad looks so 'cool' and he has just the sort of look that I'd like Devon (Gregor) to adopt once I get a bit more enthusiam going for sewing for my dolls!  I love his whole look, from the cute newsboy cap to the way he is standing there so nonchantly whilst his photo is taken!  Don't you agree? 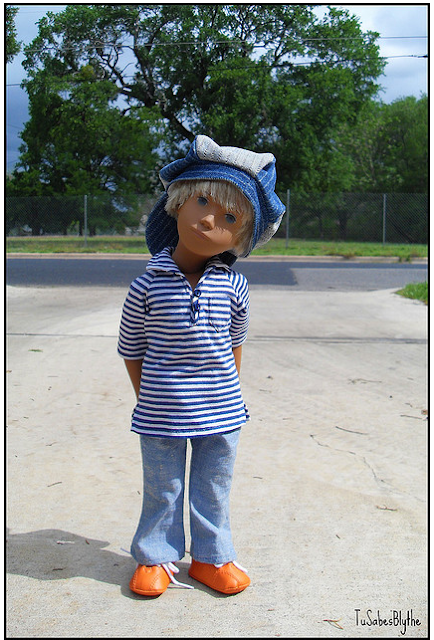