If there's a Macros for Dummies book then I need it!

I've been using my new Canon Macro EFS60mm lens that my dear hubby got me for Christmas and, if the expression "practice makes perfect", then I have a lot of practicing ahead of me!  I used my smallest ball jointed girls as models, they are my Elfdoll Monnaemi Sisters which are 14cm tall and mega skinny.  I tried both the auto focus and the manual focus.....I took loads of photos and these are the best of them....and they're not that good either!

First up is Song, she is a Bong Sun Hwa from May 2009.  She has a default faceup and is a very shy little girl until she gets to know you!  Here she is dressed as one of Santa's little helpers! 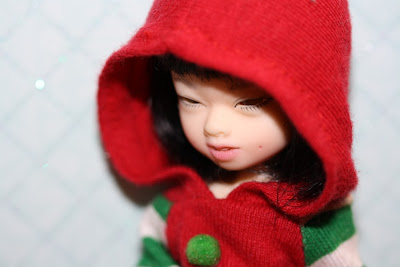 This next photo is of Callie who was my first Monnaemi Sister, she is a Jin dal Re, she came here in late 2008, but she is from an earlier release, although I'm not sure which one, possibly second edition.  She has a default faceup but one day I would like to send her off for a custom one as this faceup is showing signs of age now.  Callie is a funny little thing, she can be quite a worrier and fusses over her sisters all the time. 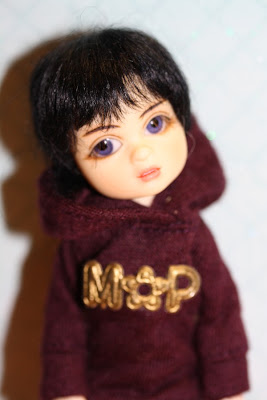 Next up are the twins, this first one being Twiggy, a Min dal Re from May 2009.  She has a default faceup and a bit of an attitude.  She thinks she is bigger than she is!! 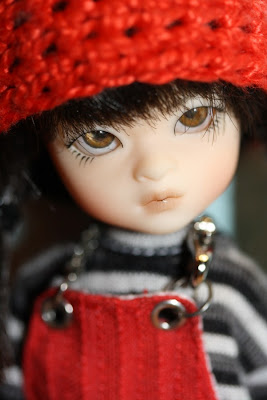 And finally we have her twin sister, Minxie, another Min dal Re but an earlier edition, again I'm not entirely sure of which edition she is from, but I think she is from Rainman's second edition of Monnaemi Sisters.  She came to me secondhand in October 2009 and had a few problems including fading faceup, all her fingers missing on one hand and her legs were very misshappen and bandy because of tight stringing.  However, she was an easy fix and I fixed her up in no time.  She finally got a beautiful new faceup this year by the very talented Raven of Ravendolls in the US.  How Raven managed to work on someone so small, I'll never know.....look at those beautiful lips!  Bearing in mind, they are only 4mm, yes millimeters, from corner to corner!!!  But she is just perfect! 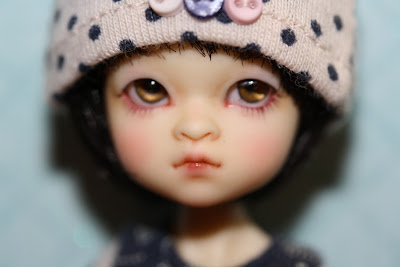 I love my little Monnaemi Sisters, they are such big 'personalities' in tiny bodies!

On a non dolly note, I would just like to thank everyone who reads my blog, and wish all of you a very Happy New Year, may 2013 bring you everything that you would wish for yourselves, but especially good health and happiness.