Just before Christmas, I was lucky enough to receive two new Sasha kids who came to join my dolly family.   They made their appearances, a day apart, just after my mum and brother arrived from the UK to visit us for Christmas, so I was unable to really do anything more than take them from their boxes and check them over.  The first to arrive was a little red head Sasha 'waif', who I have mentioned in a previous blog entry.  She had previously had her beautiful two tone red hair cut into a cute bob, and I couldn't resist her when I saw her face looking out from my computer screen when she was listed for sale on Ebay.

I have dressed her in a little dress that I had previously made for my blond Sasha, Millie,  because I didn't have time to make her anything in anticipation of her arrival.  My mum gave her a pretty pink cardigan which she'd knitted for her for Christmas, and so this morning I made her some pink lacy knit tights to go with it and added brown suedette shoes, my 'not so great' first attempt at making dolly footwear.  Unfortunately, Ellory, as she is now called, let me know in no uncertain terms, that pink really is NOT her colour!  But as I told her, "It's pink or nothing for the moment, I'm afraid!" she agreed to wear the pink outfit until I can make her something more suited to her tomboy personality!  (LOL, you can see from her face in this photo that she is not overly impressed!) 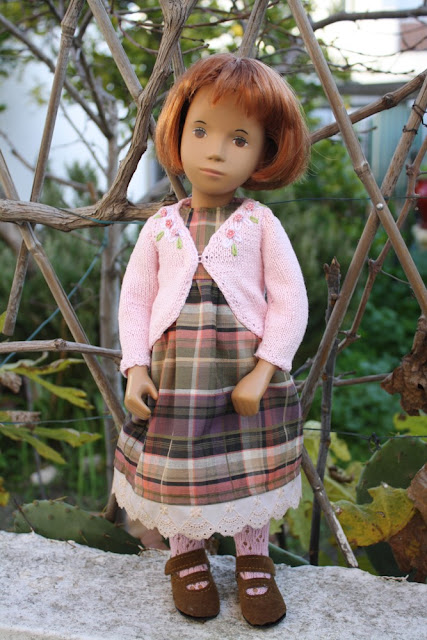 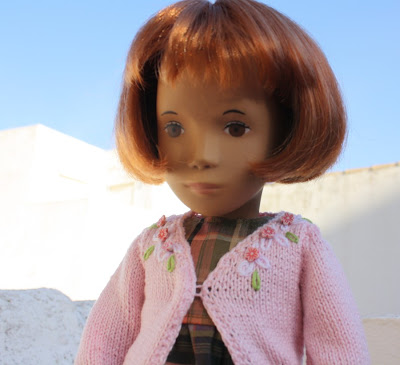 Next to arrive was a cute brunette dark jeans Gregor from 1973/74 from Shelly at Sasha Dolls UK.  He had been described on her website as having good shiny non falling hair that needed restyling because it was sticking up in the air.  I found his face really appealling and knew that with a bit of patience his hair would soon settle down!  So he was bought by my husband as one of my Christmas gifts.  As soon as he arrived I put a beany on his head to help flatten his hair and sure enough it is now more or less flat and what a cheeky little chap he is!  He is very handsome and his name, he tells me, is Alexander, but we can call him Alex, apparently! 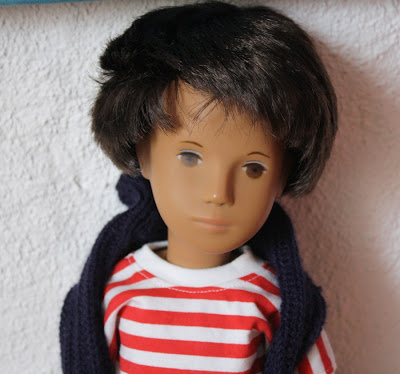 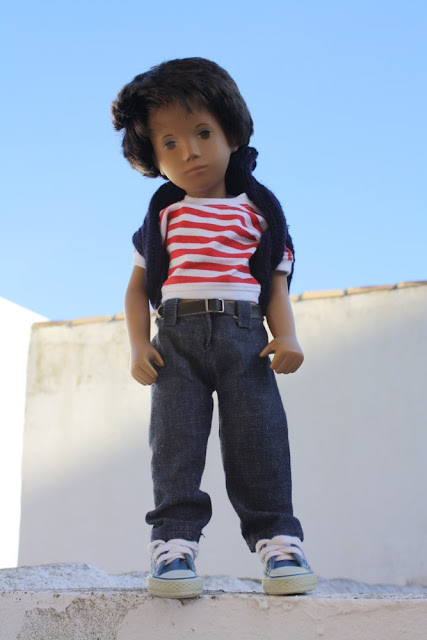 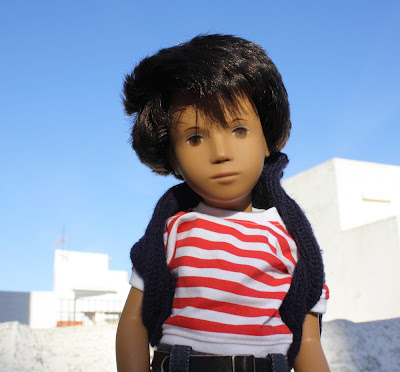 Now that my (human) family have gone back to the UK, I will make some clothes for these two new kids!  Luckily the weather has been beautiful and sunny and very warm, so I was able to take quite a lot of photos in the garden today.  Here is a cute photo of Devon and Millie, my little blond twins hanging out in the sunshine: 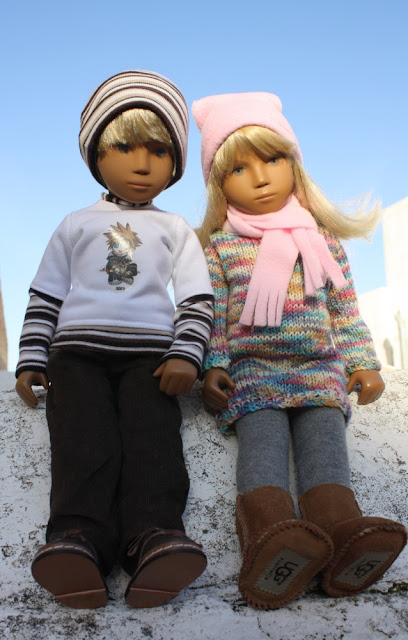 And finally here is my full Sasha family!!  I don't know how it happended that I ended up with four kids, I honestly only planned on having the two! 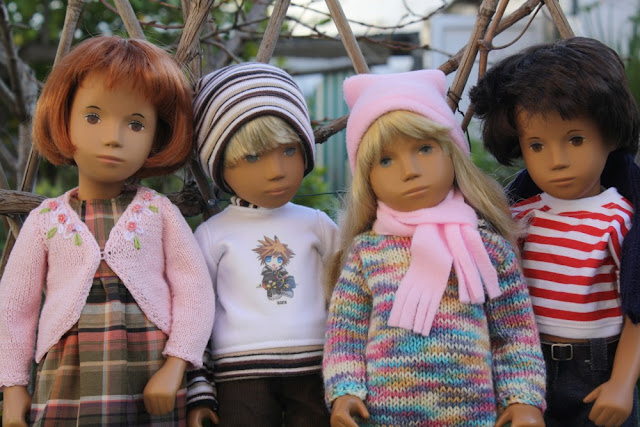