As promised a few days ago, I thought I'd share some old photos of the Annette Himstedt dolls that used to live here.  I do regret selling them sometimes, but they do take up a lot of room!  I think at one time I had six of them and they took up half of my doll room!!!  They are lovely dolls though and very well made with beautiful hand blown glass eyes and human hair wigs.  Anyway, here are some random photos of them, I hope you'll enjoy seeing them!

This is Pauline and she was from 2004, Play Street Kinder collection.  She was 71cm tall and my first Himstedt doll.  I thought she was lovely and decided to try and sew a dress for her!  I suppose the rest is history as she was the first doll I actually sewed for!!!  I had only ever made 9 skirts for myself in the month or sew prior to receiving this doll.....I guess we can say she started me on the slippery slope of dolly sewing!!!!  I can also say that my taste in dolls clothes has changed a lot over the years but I still enjoyed sewing these styles for her at the time!! 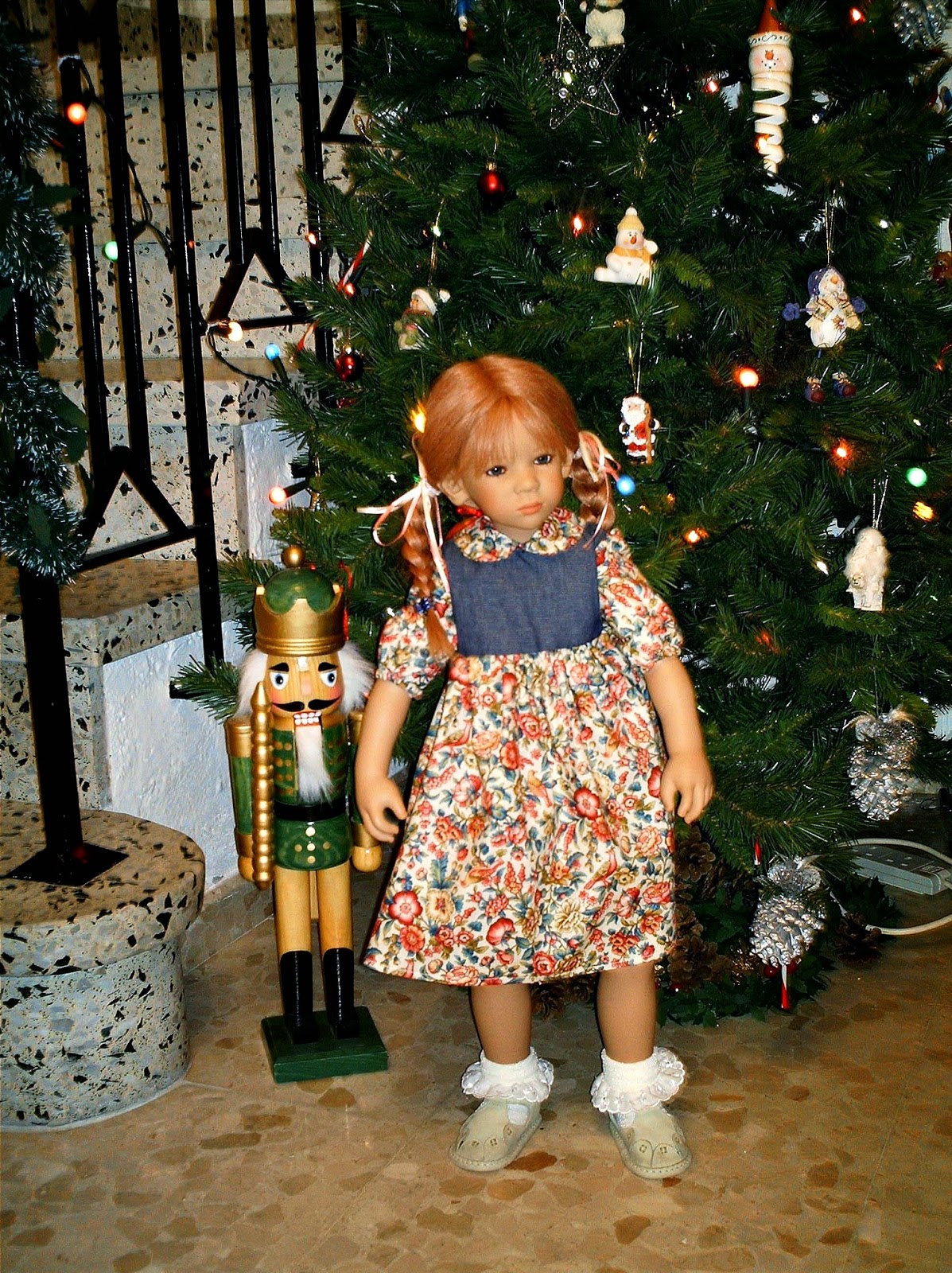 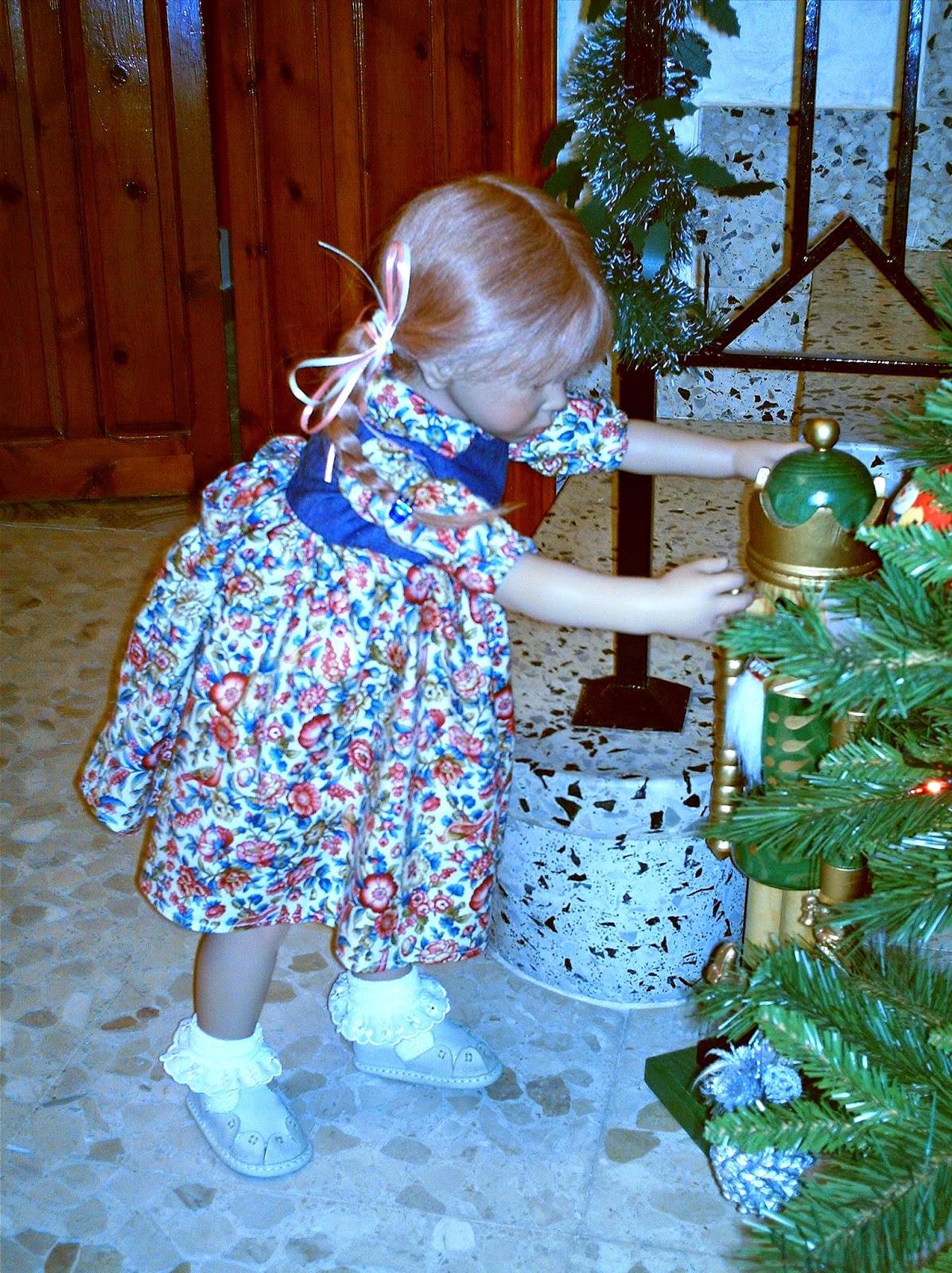 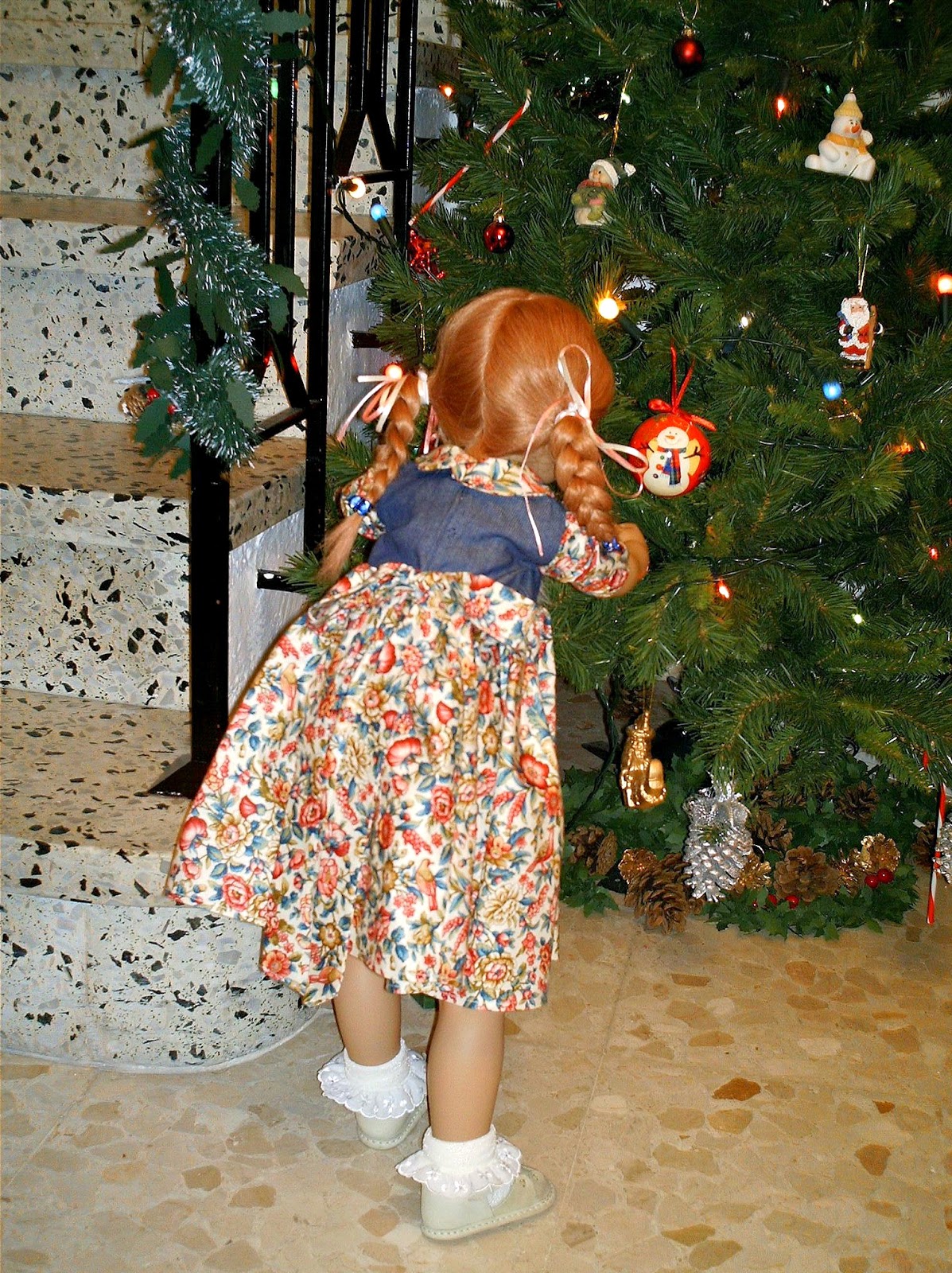 I remember making this outfit for her and was so pleased with myself LOL.....bit of a dodgy hat though! ;)  I still have all these lovely shoes saved...just in case!

One of the first fabrics I ever bought, I remember I got it from the US via Ebay.....I still have a small bit somewhere! 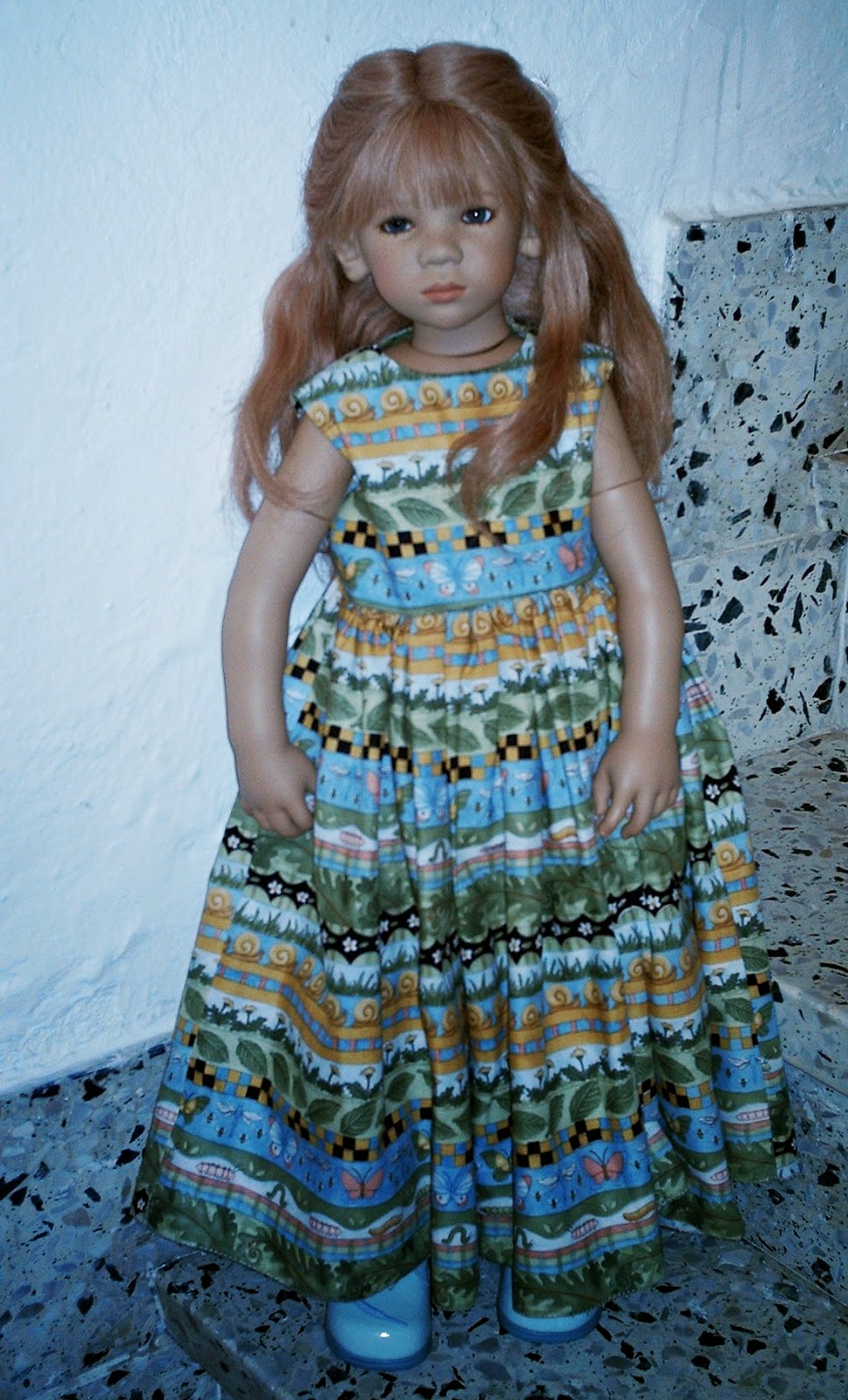 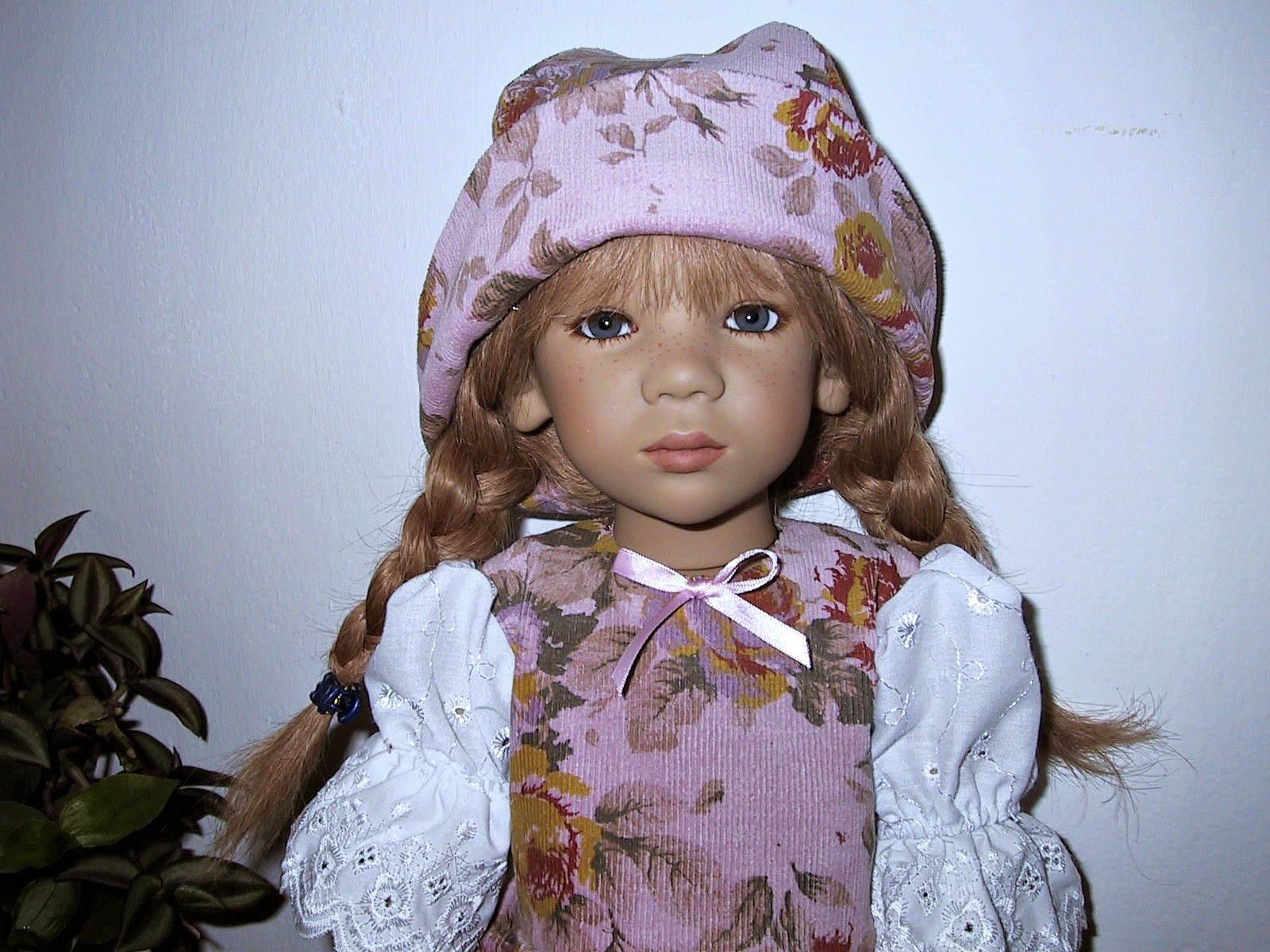 I think the next Himstedt who came to live here was Jani, she was also from 2004 but was a bit bigger than Pauline, a 'whopping' 82cm!  She was also more limited as only 377 were produced, compared to 713 Paulines.  I was soooo happy with her, she could wear childrens clothes and she just seemed so lifelike to me.  I had great fun sewing for her, although I see from these photos that the blue smocked dress was a manufactured dress....it looks a bit big on her though! 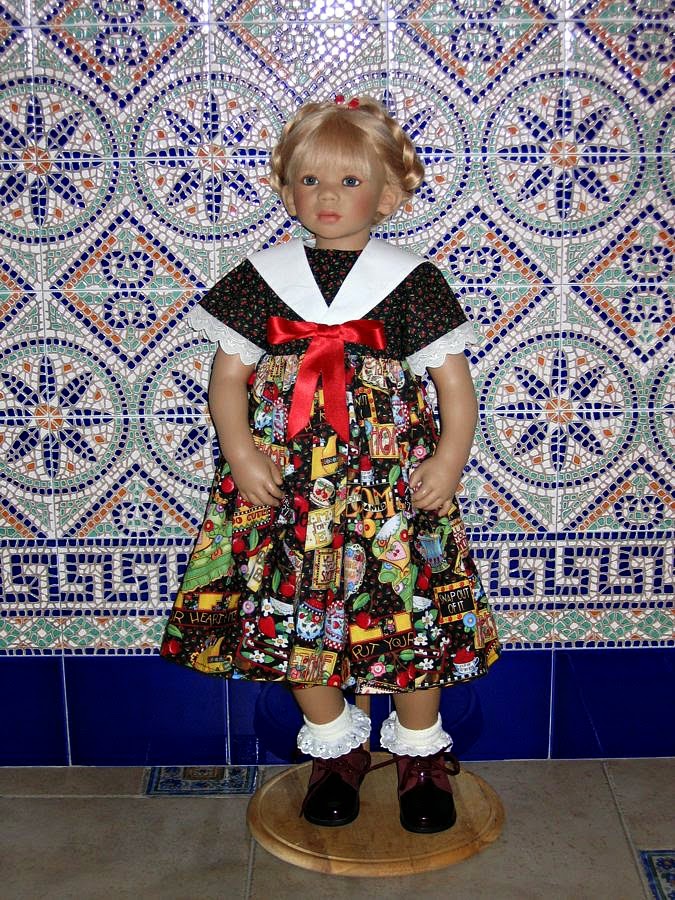 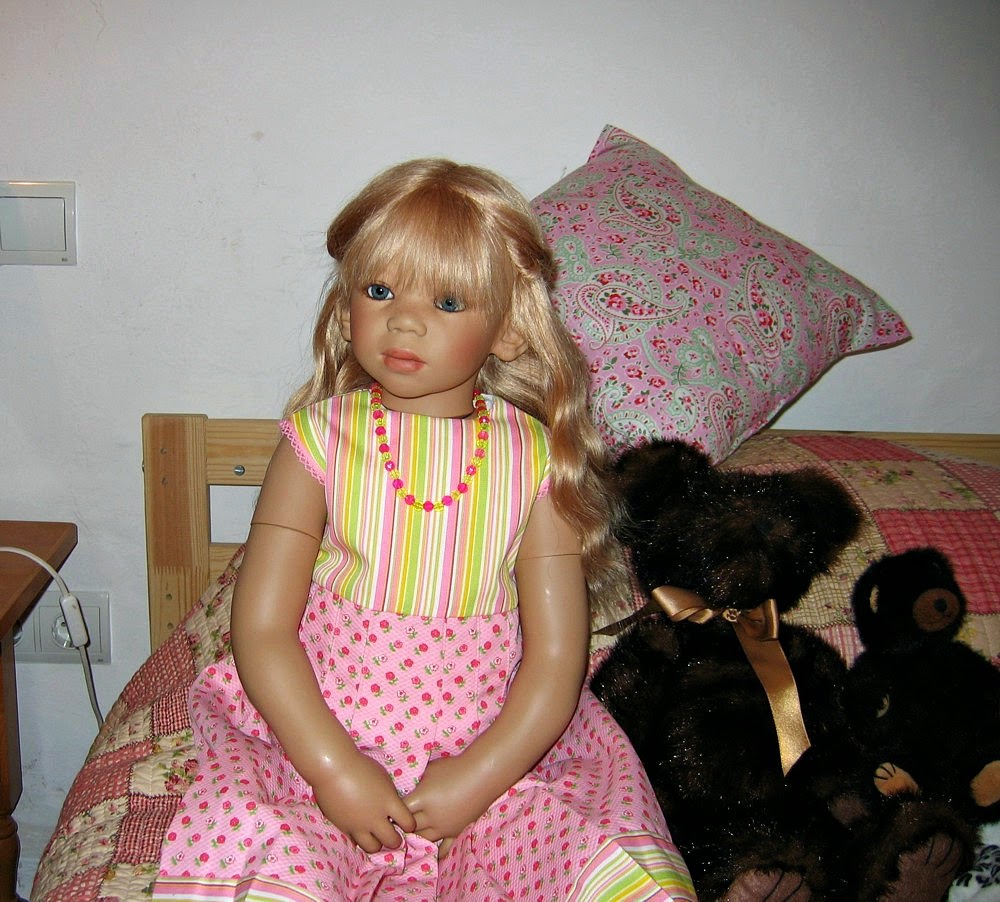 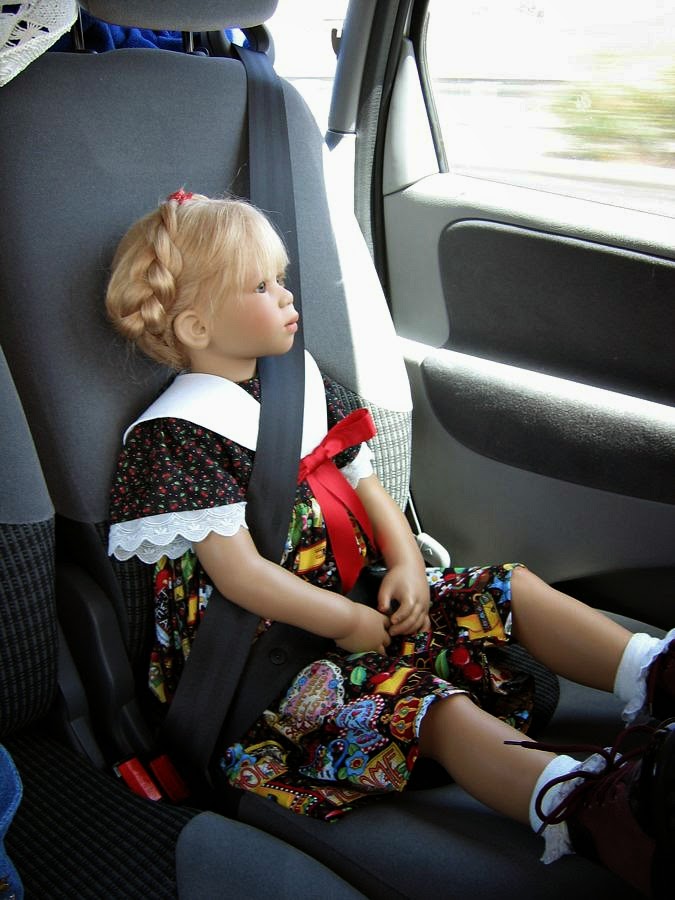 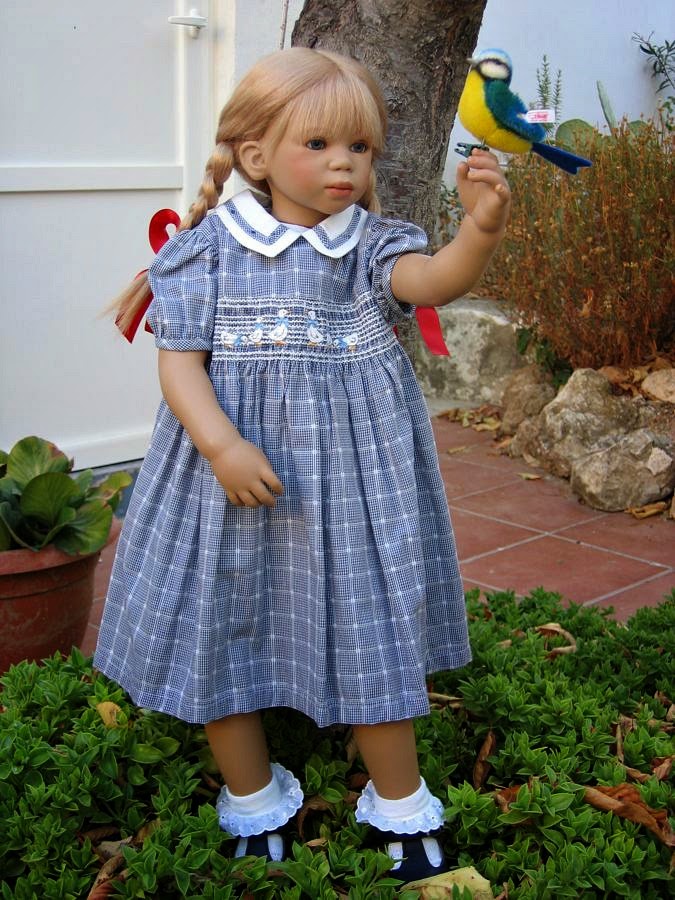 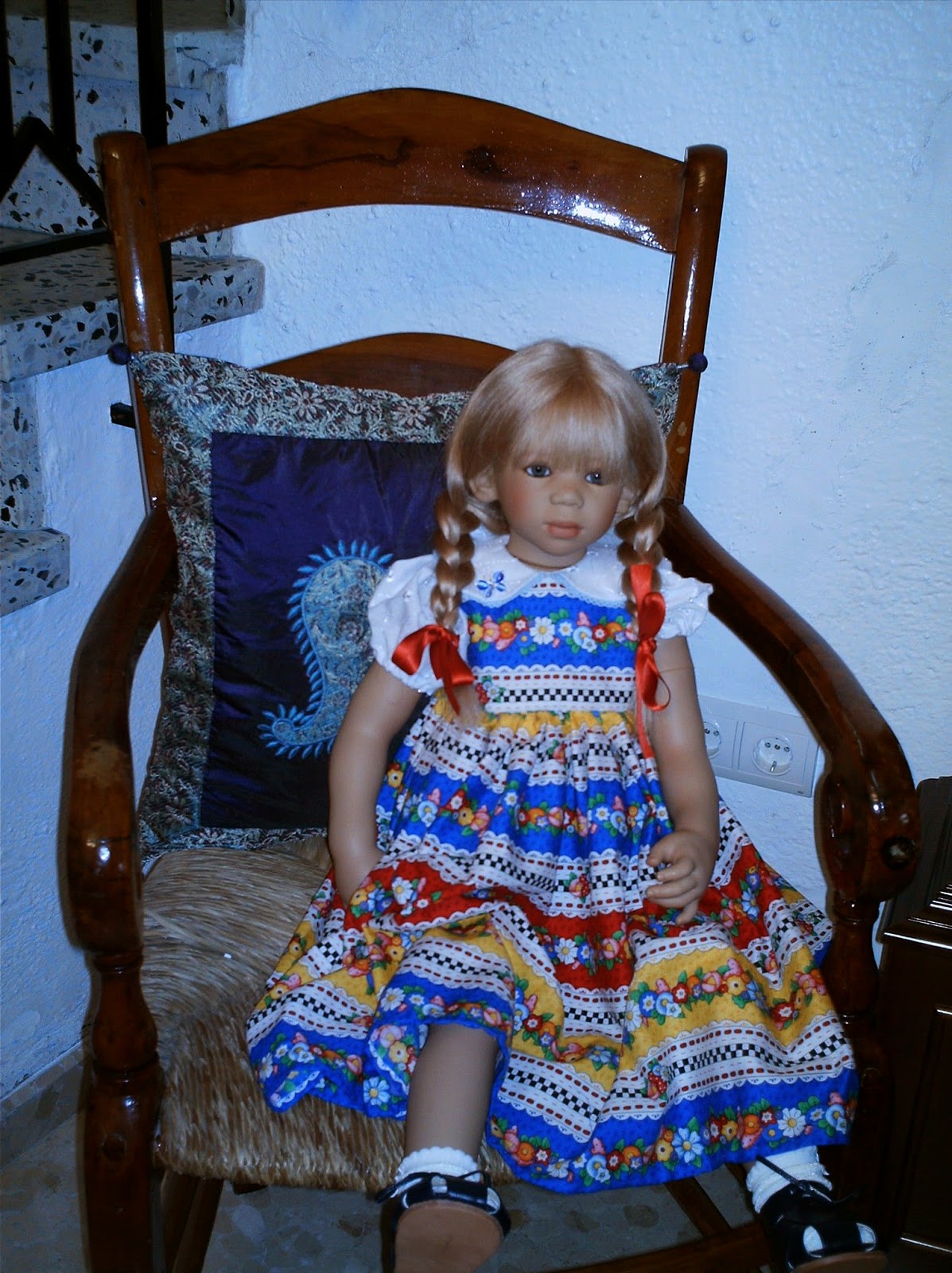 I can't remember who came next and believe there was a gap of at least a year before I added another Himstedt to my doll collection.  So the next ones are not in any date order.  Here is Oscar who I bought on Ebay.  He was from the 1998 collection and was supposed to represent a 6 year old boy from Ireland.  He was really cute but as with a lot of the older Himstedts, the glass eyes had started to turn pink!  This was a fault with a lot of Oscars and dolls from his release.  I didn't keep him very long so only took a few photos of him.  I don't recall ever sewing for him either.  If I knew then what I know now, I'd have just replaced his eyes with some lovely blue ones and kept him!  Oh well, we live and learn as they say! 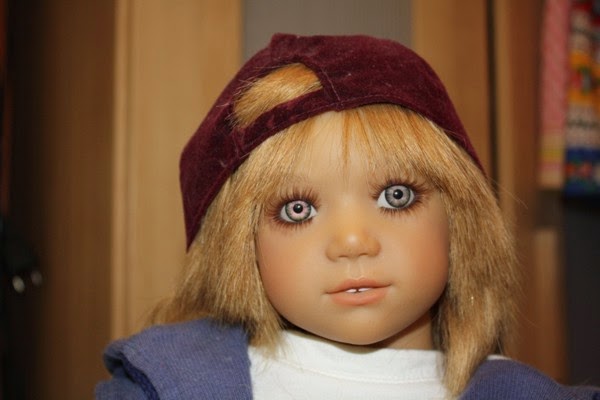 Next we have Mava, who was from the Children of Atlantis collection 2006.  In this collection the dolls came with or without the addition of gold paint.  I chose a Mava without as I like my dolls to be like 'real children'.  She was a beautiful doll of 31 and a half inches and had curly hair.  Because the hair was hard to manage, I straightened it using hot water.  Below you'll see her with her default hair and then afterwards. 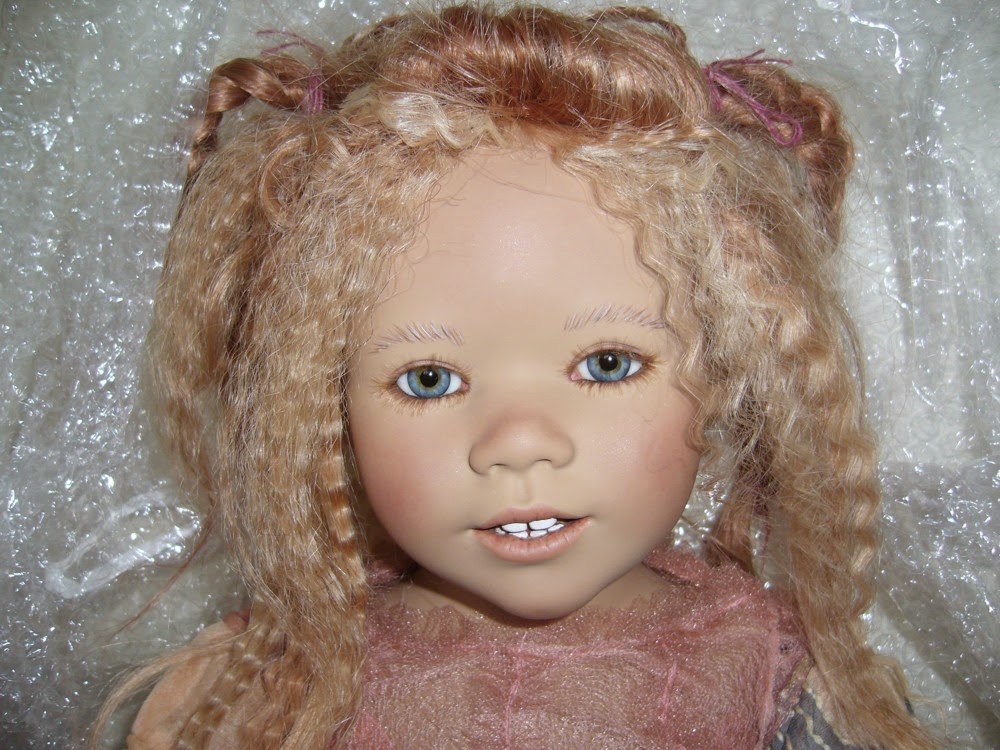 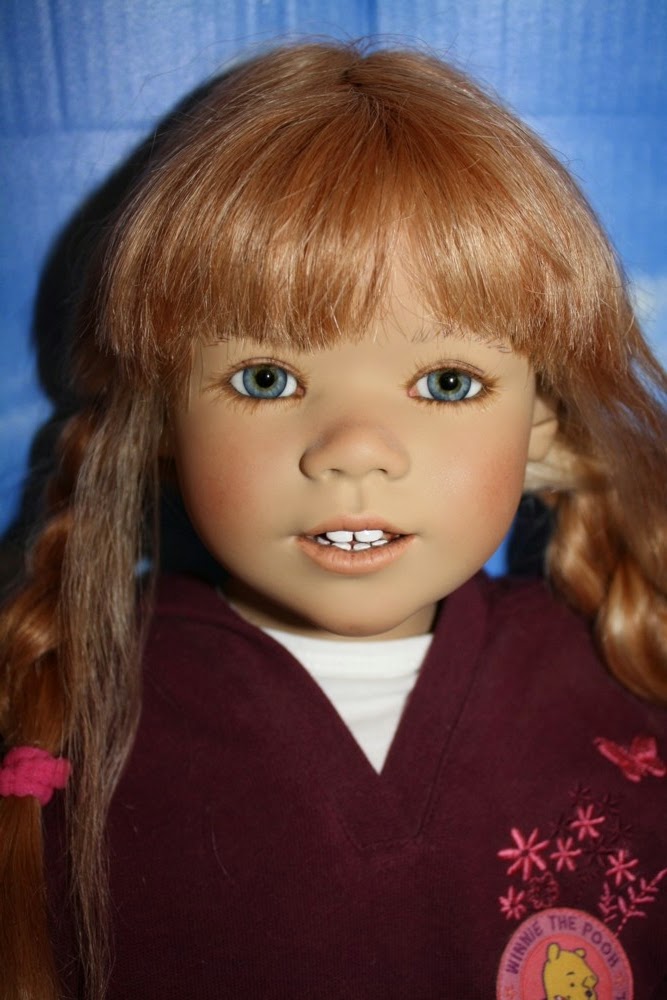 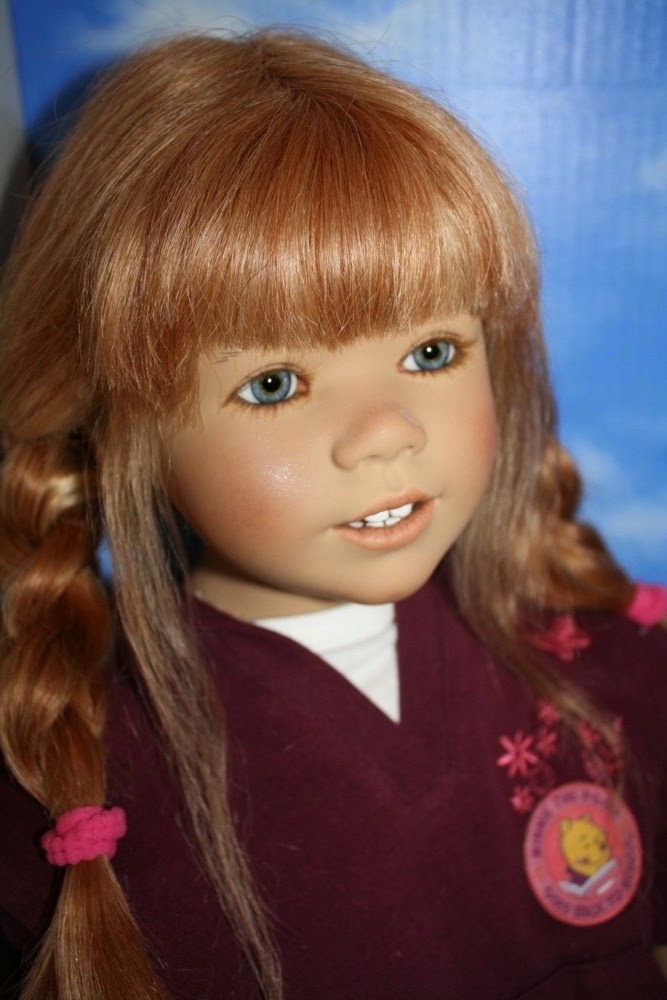 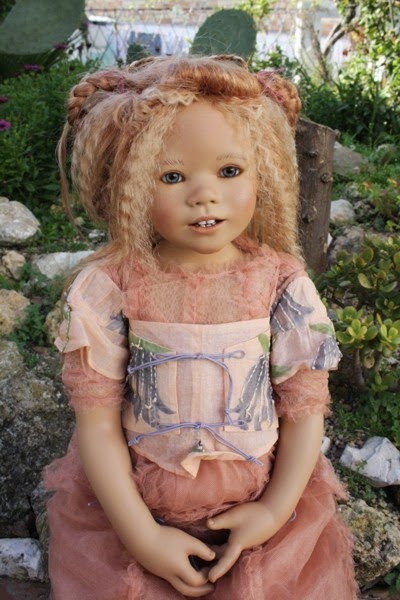 I also had a boy from this same collection, his name was Kadri and he was the same height as Mava but limited to just 377 pieces.  He also came without the gold paint.  Unfortunately his wig was not great and I eventually had to rewig him but here he is with his original hair. 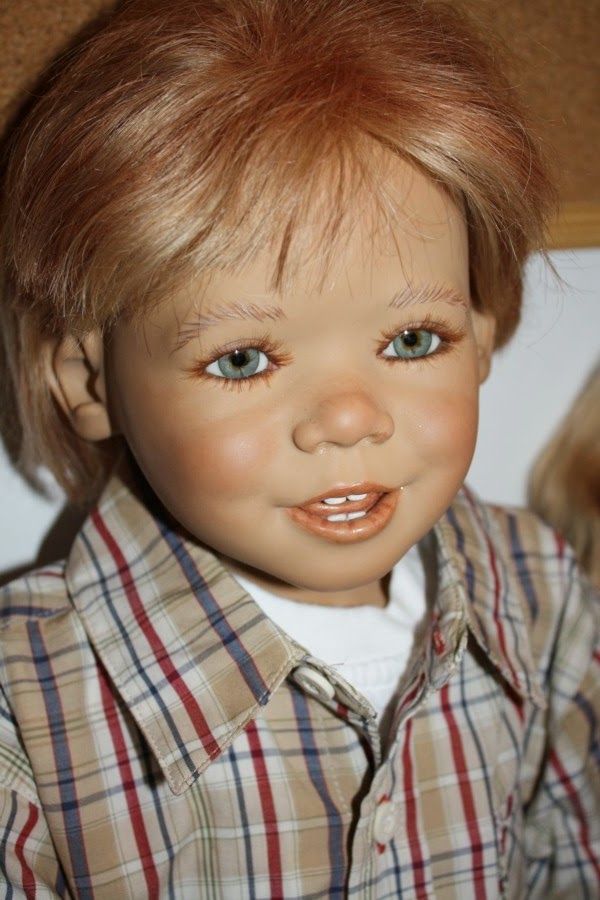 And here he is playing in the garden with Jani....I got this tricycle for them for just €5 at a secondhand market!! 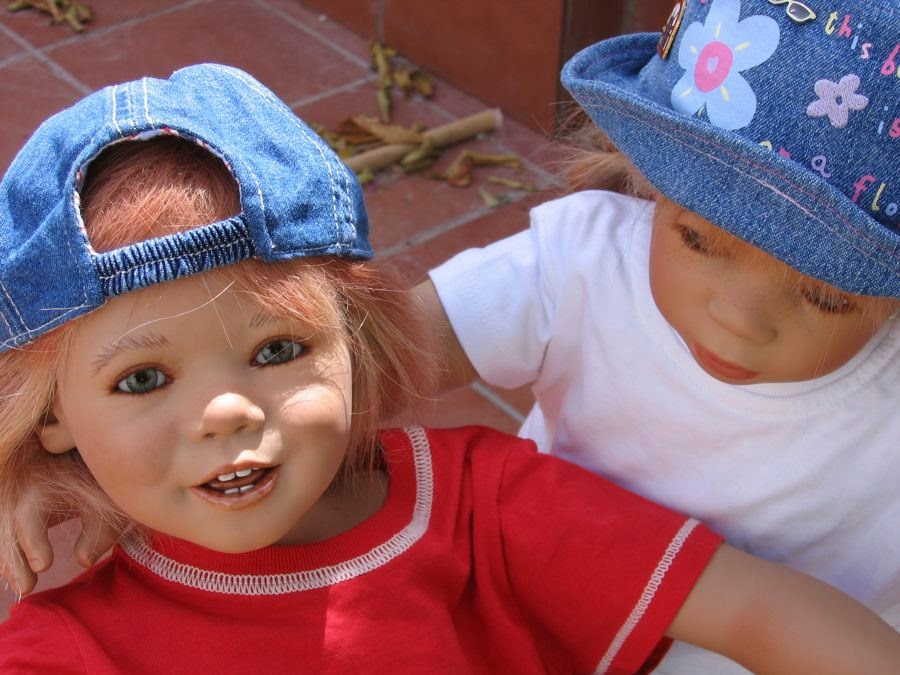 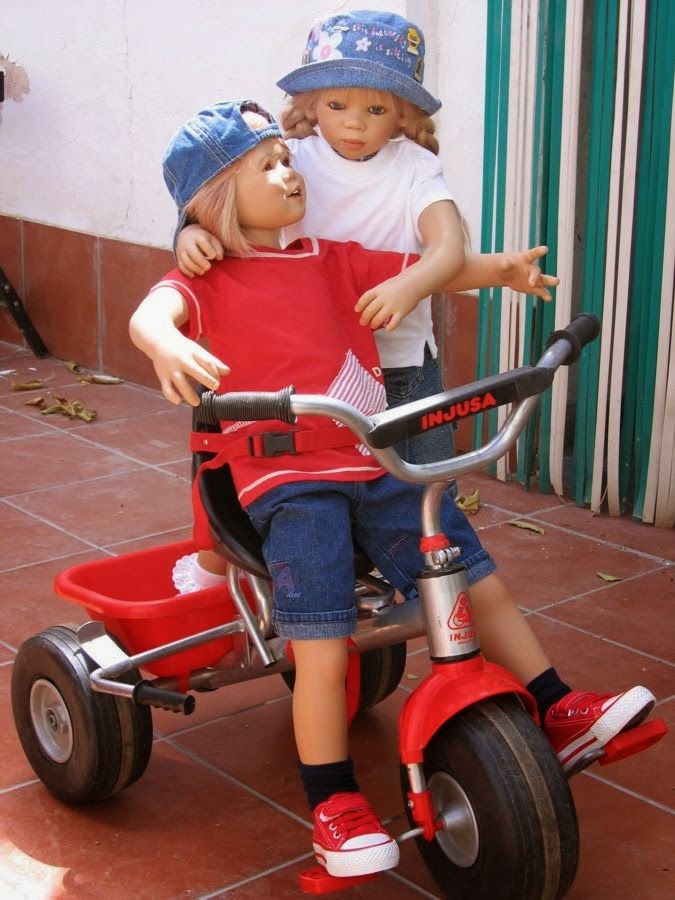 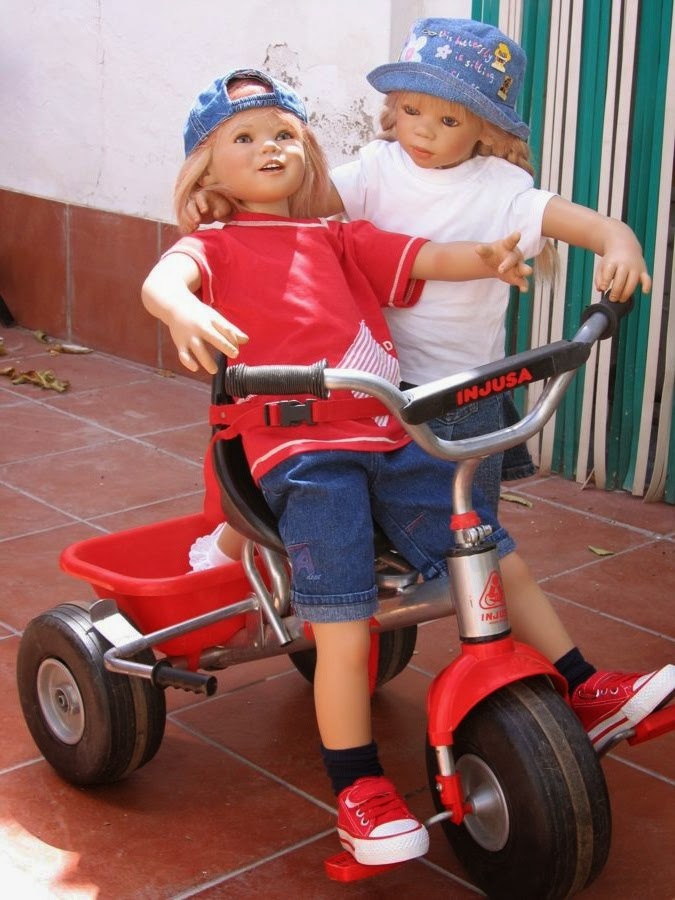 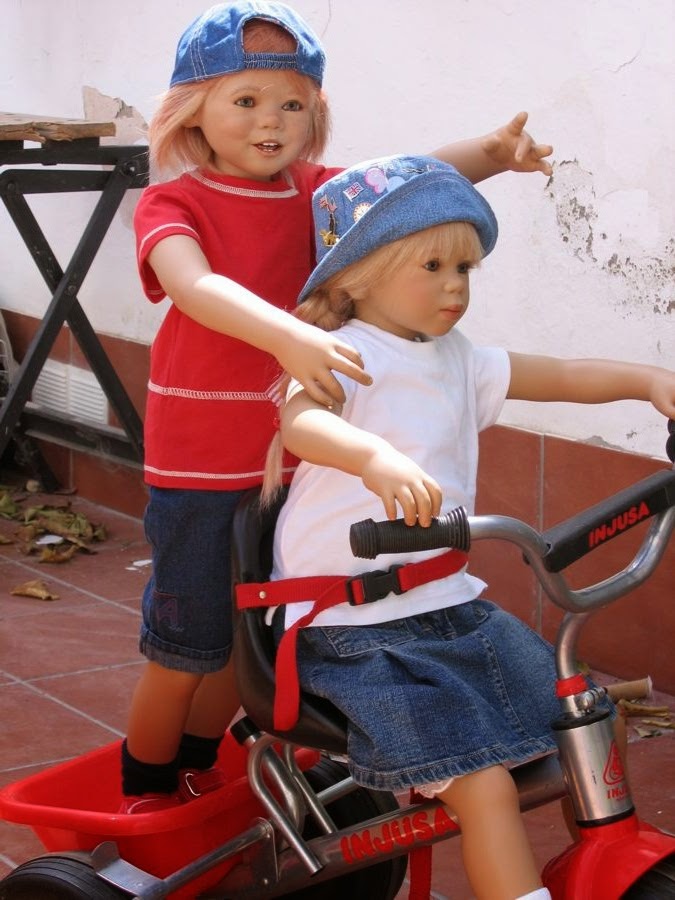 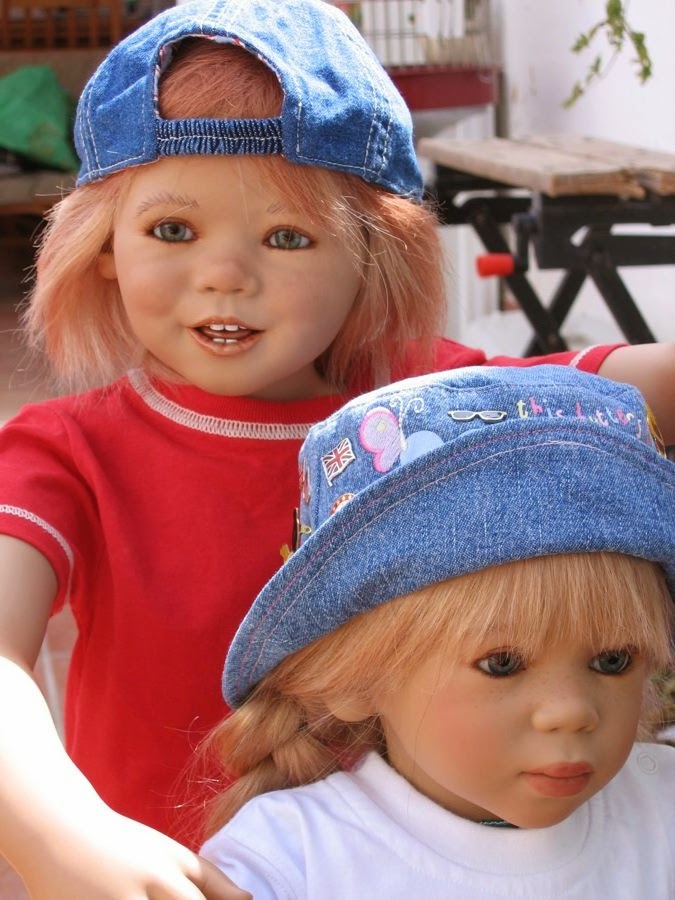 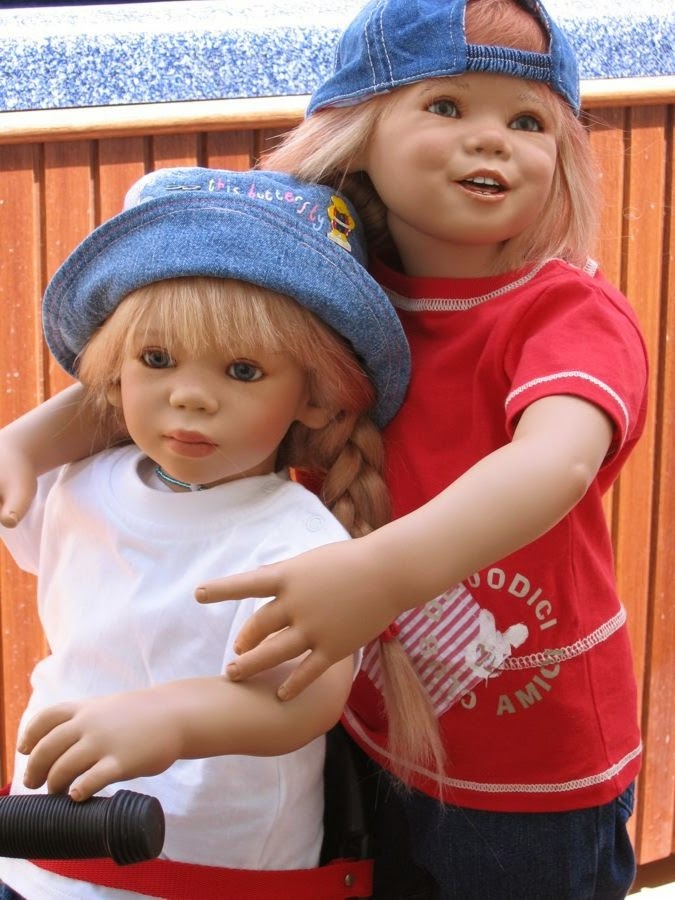 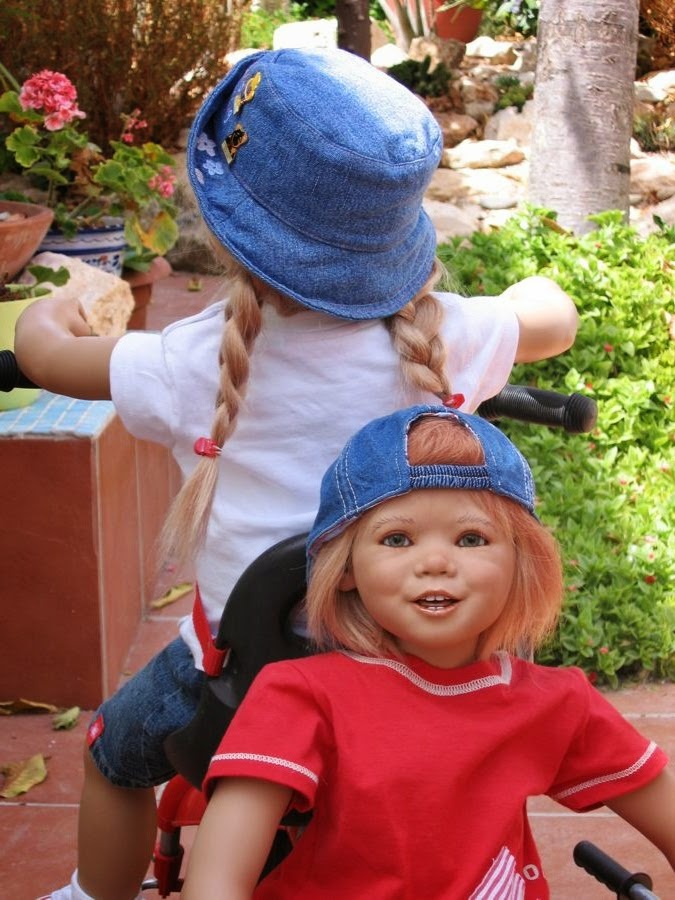 For a very short period of time I had a little girl called Moni from an older Himstedt collection.  She was a cute little thing and quite small.  I don't have any of my own photos of her, I can only assume that I accidentally deleted them or saved other photos on top...DOH!  Here is a company photo of her just for reference. My final Himstedt to arrive and to leave was an 86cm girl from the World's Children Summit collection in 2005 and was supposed to represent a child from Ecuador.  She was a lovely girl and her name was Pinchinhu.  She was limited to 377 pieces and had the most beautiful brown eyes. 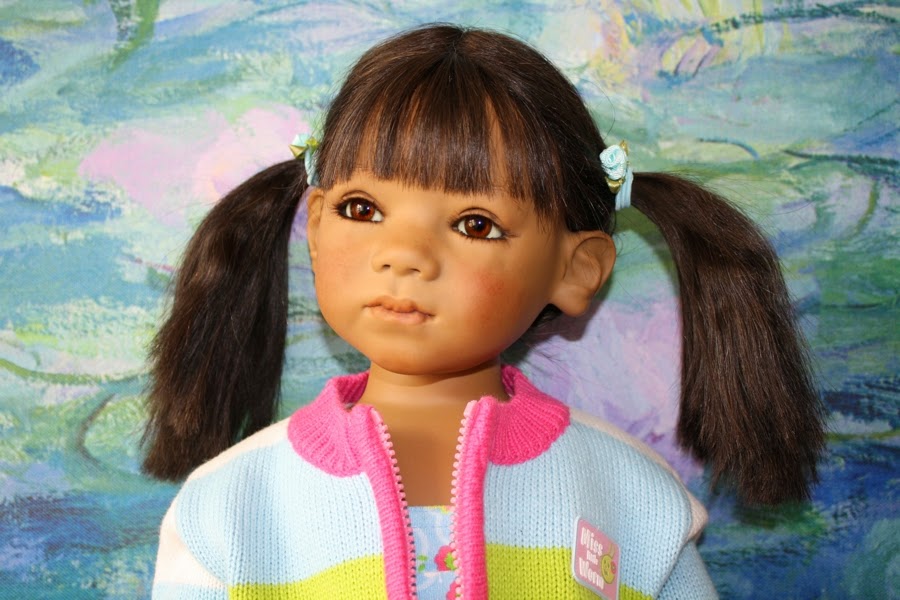 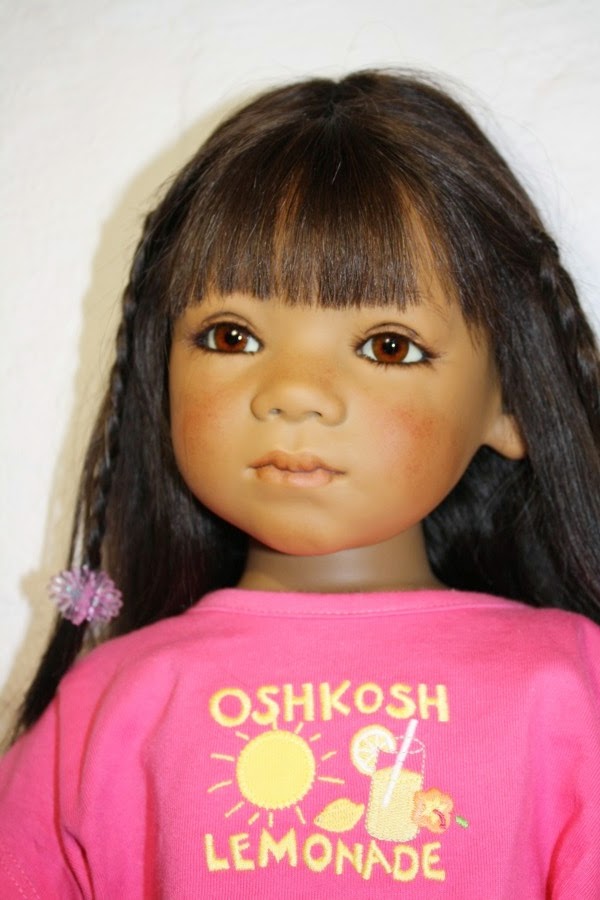 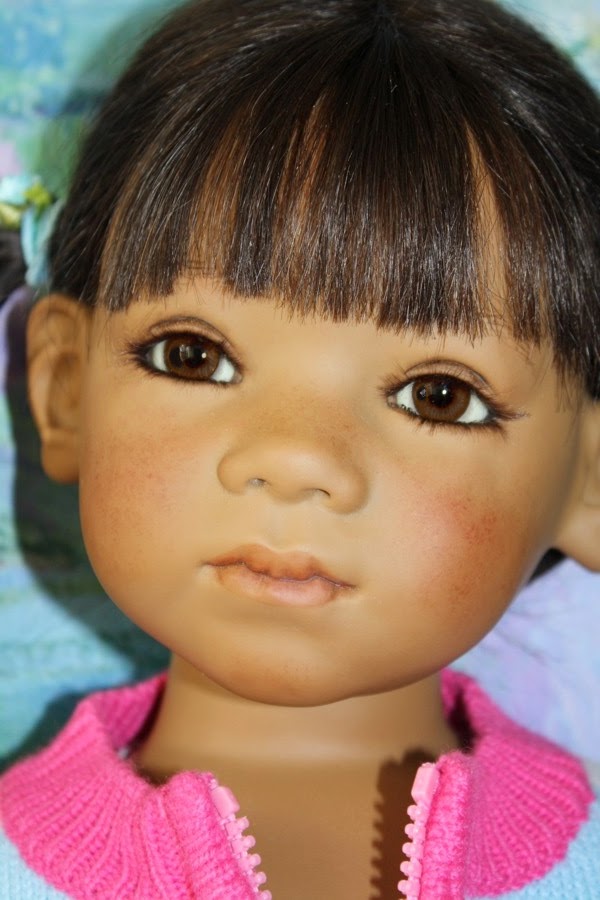 I hope you've enjoyed this trip down Memory Lane with me.....it certainly has made me feel a little nostalgic for 'dolls gone by'!!!!