I received this Kidz n Cats Elise just a couple of days before I left for my holiday in the UK, so only now, having finished a big sewing commission this week, have I been able to take a few hours to give her a makeover.  I liked her pouty face when seeing her in other people's photos, but when she arrived I wasn't sure if she was for me in her default state, so was itching to get started.  The only thing I did do before going on holiday was to remove her wig, which was very 'synthetic' and what a palavar that was, it was glued on sooo firmly, that it took me ages to remove and left me with very sore fingers!

So here she is as she arrived:  I didn't like her spidery eyelashes and bright pink 'lipstick' lips! 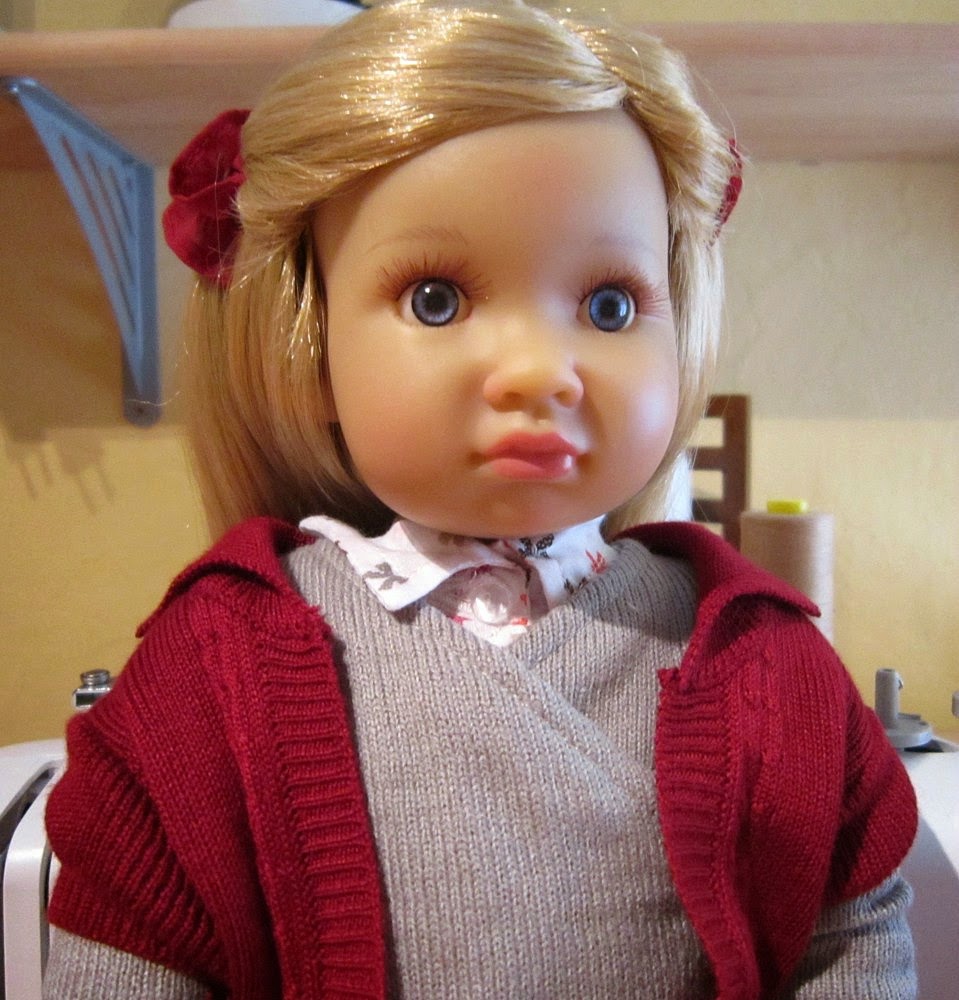 Here she is with all her makeup cleaned off and eyes removed, first layer of sealant applied,  all ready for a new look, scary eh? 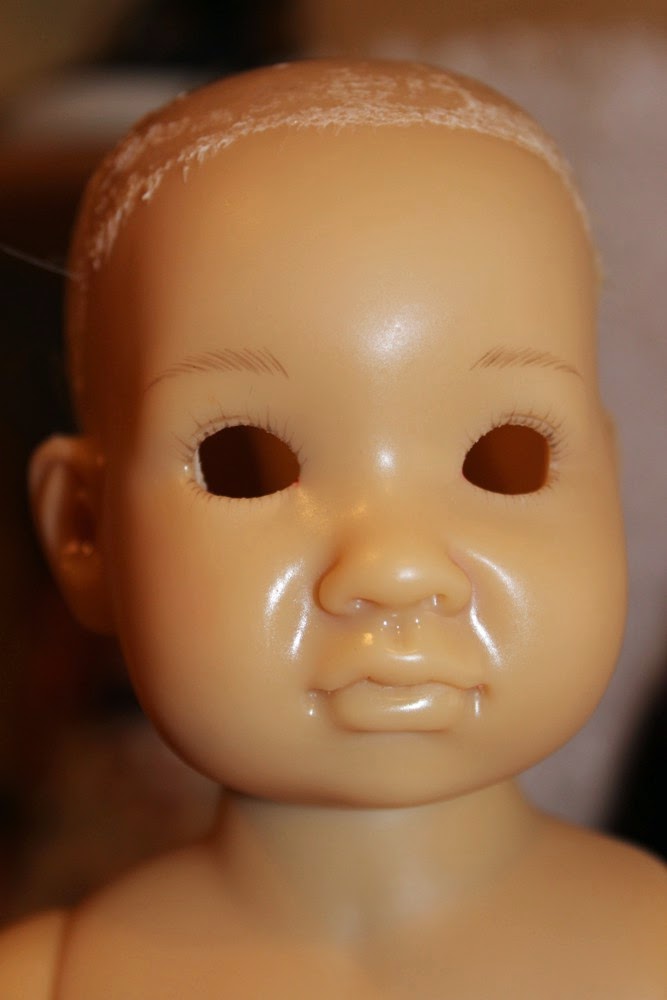 I have given her a whole new look.  I've used the positioning of her original eyebrows but made them thicker and darker, gave her new thicker dark eyelashes, new glass eyes and a complete new makeup: 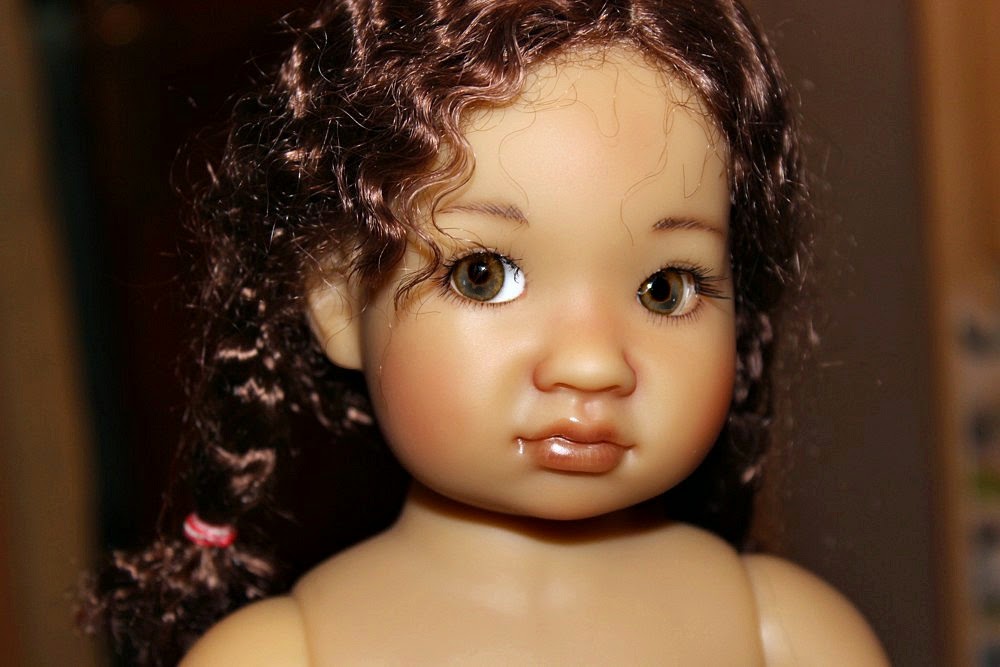 However, I felt that her lips were too dark and shiny, above.  I used semi-matt on her lips but I think it's too glossy, so I redid them and made them more 'matt'.  I wanted to get away from the 'lipstick' look not gain it again just in a different colour!!  The wig and eyes above looked good on her but the eyes are oval shaped and wouldn't sit right in her sockets, so I had to go for my second choice of eyes, round glass ones in a golden hazel tone, shown below.

I wanted a 'sun-kissed' blushy look, I hope I've achieved it without her looking unnatural!

Below she is wearing a wig that was sent to me by my friend Joanie in California.  It's a bit too small for this girl's head but I don't have a lot in this size.  I love this colour on her though, so might invest in something else in a similar colour. 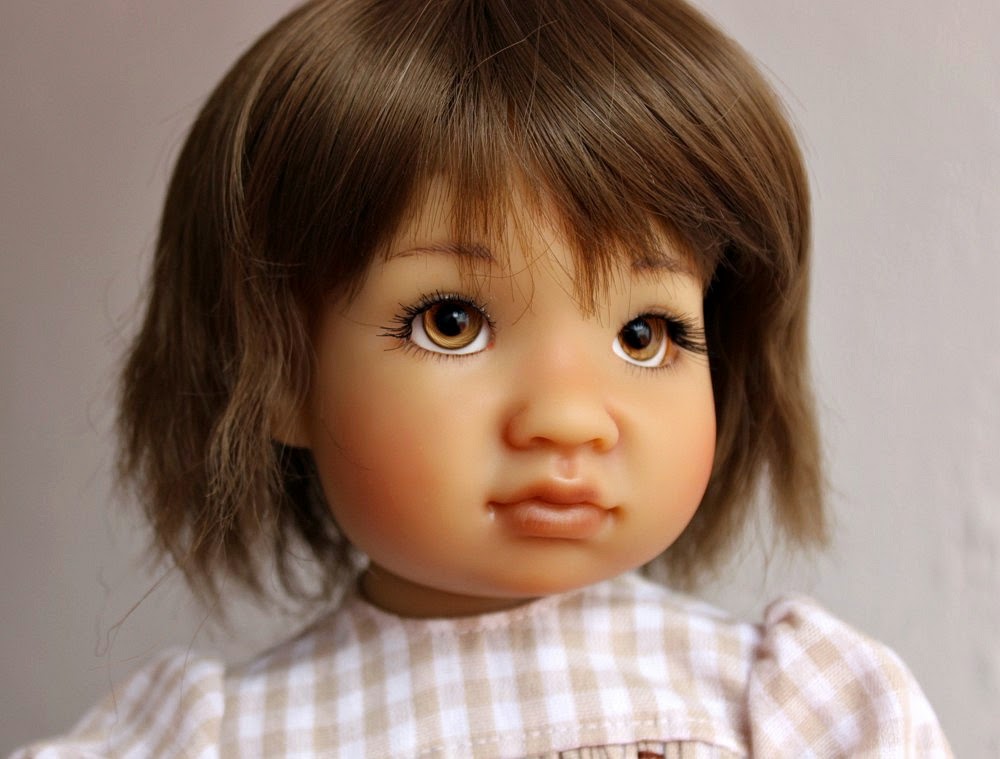 I am much happier with her pouty face now that she looks more 'natural'. 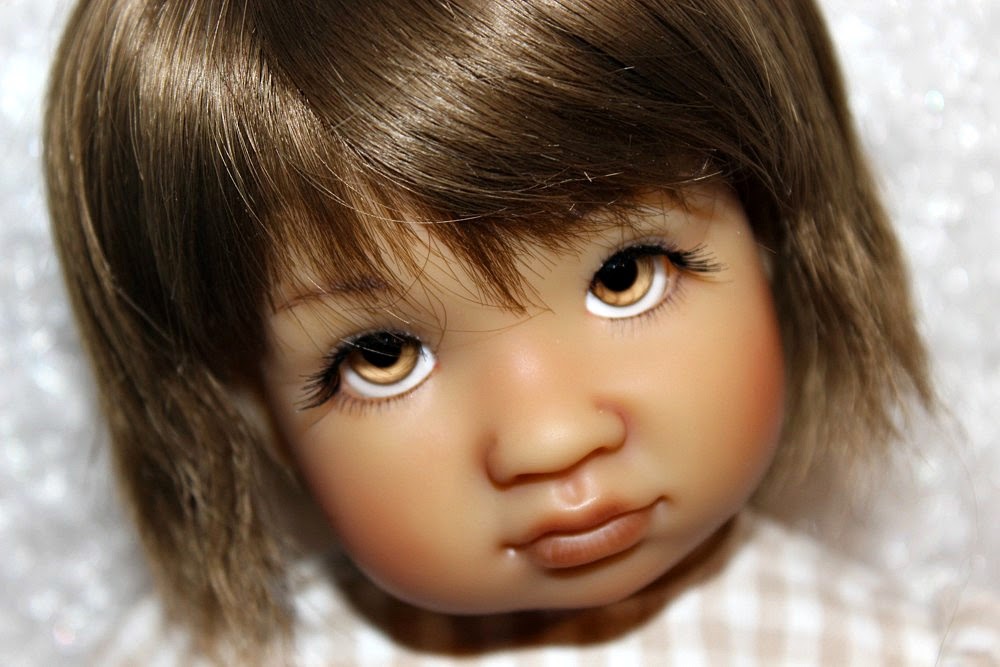 Because the wig is too small, it tends to stick out a bit at the sides, so she's borrowed Emilio's Dolly Doodles beanie in the hope that it'll flatten her hair down a bit!!! 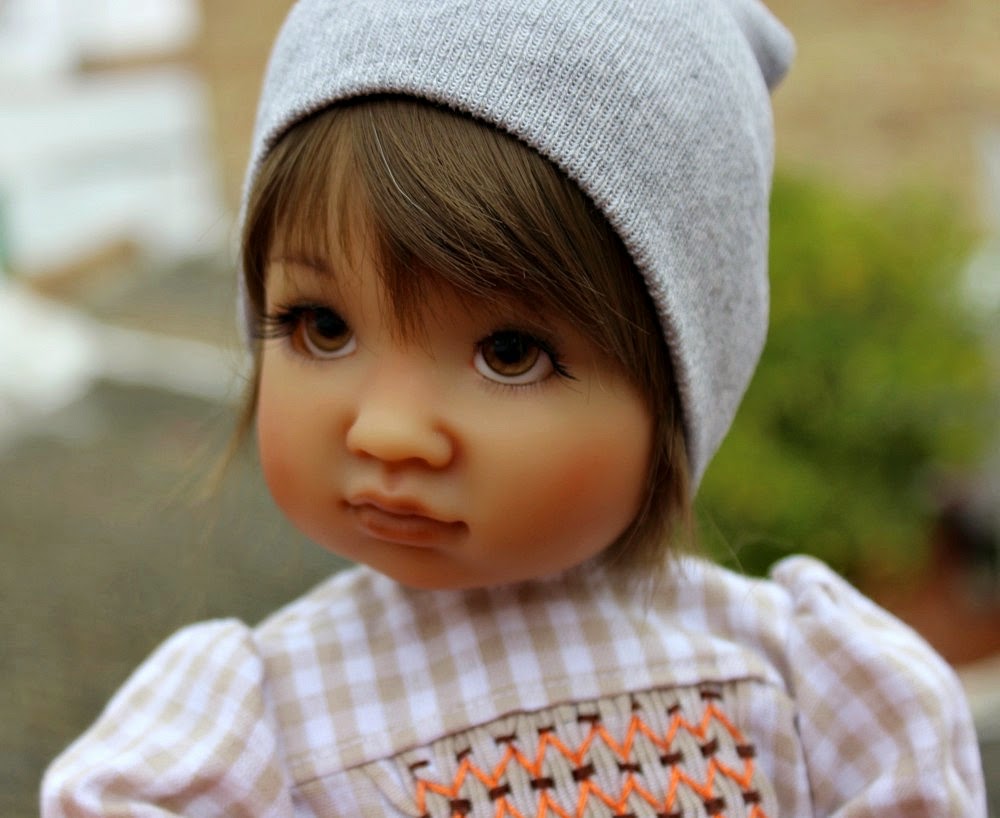 I think I might keep her name as Elise as I think it suits her.

Now all she needs is an outfit of her own!!! 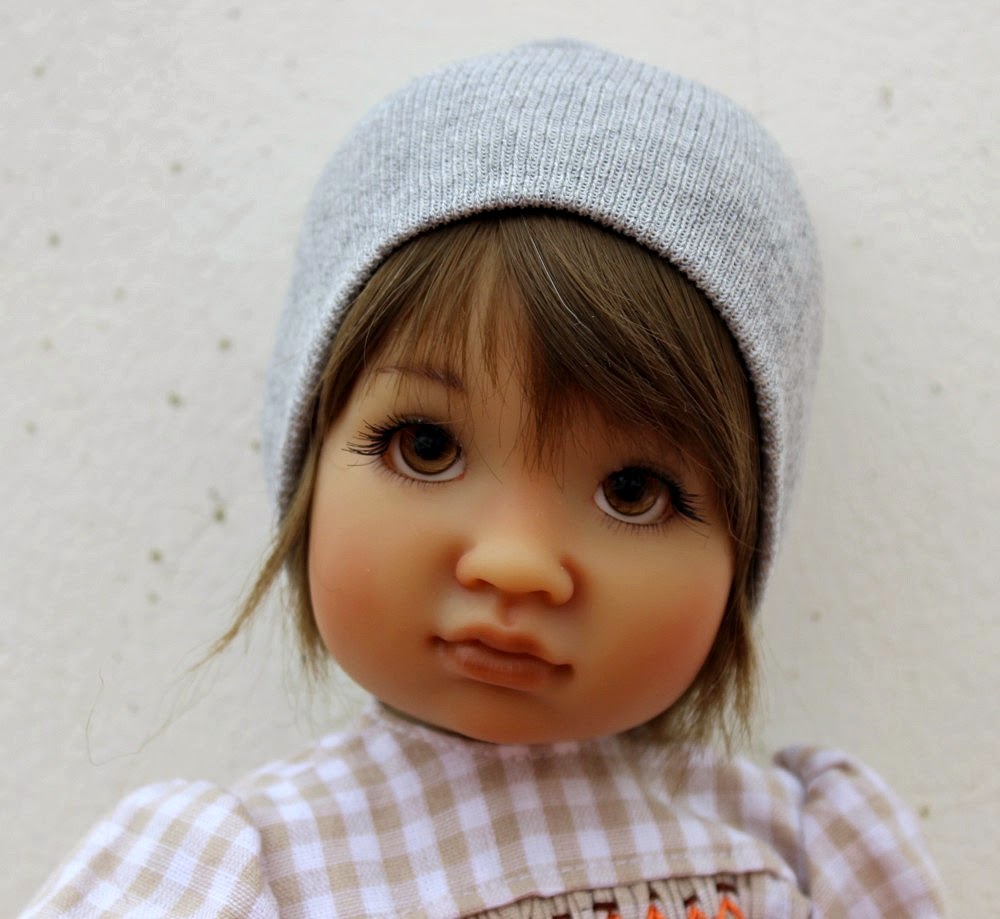