So here are some photos of Narsha that were taken this morning.  Narsha was my first ball jointed doll and came to live here direct from Dollmore in S.Korea back in August 2006.  She is made from French resin and has a beautiful faceup by Raven of Ravensdolls.  Being French resin she has yellowed badly but I prefer to think of her as mellowed!  Despite the yellowing, I think she is still very beautiful and although I'm prejudiced, I think she is still one of the loveliest Narsha's that I've ever seen!!!

She is wearing Monique Gold Jojo wig, which as usual I have trimmed!
Acrylic brown eyes by Glastic Realistic I think....I have tried changing Narshas eyes for glass ones many times because I prefer glass but always change them back because she just doesn't look 'right' with any others!!!!
Outfit by me. 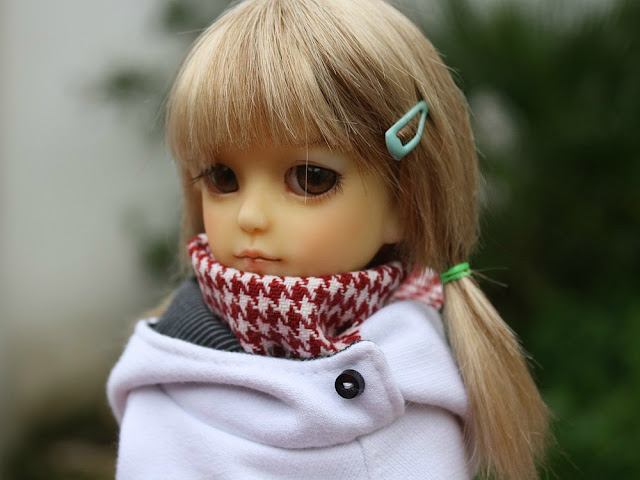 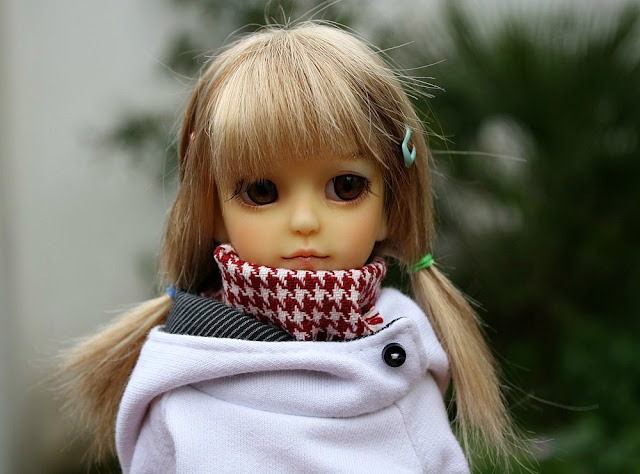 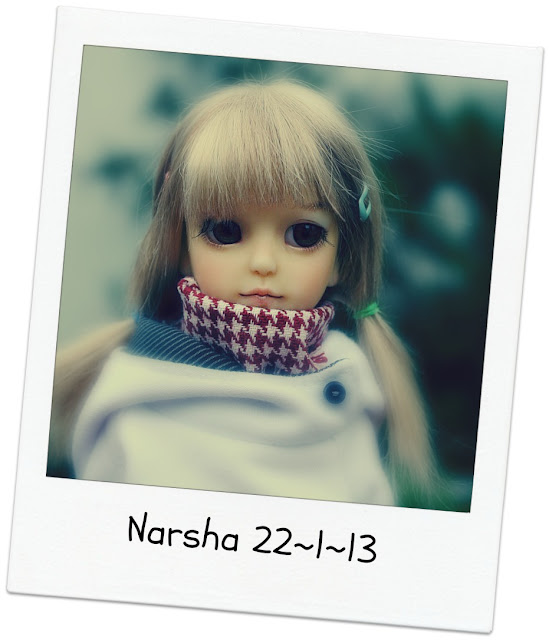