A lovely day spent with friends...

On the Wednesday of my visit to the UK, we went to visit Steve, James and Rachael in their lovely, cosy home in London.  I say 'we' because when Steve knew I was staying with my mum, he extended the invitation to her and my brother too. I have to say that we had the loveliest of times!!!

The weather on the day was absolutely dismal, raining cats and dogs, but the home of our hosts was so warm and welcoming that we completely forgot about the weather (and the time) until we realised that we'd not even looked at Steve's gorgeous dolls or taken any photos!!!  We'd done so much chatting!

We were given a delicious lunch and afterwards John and Rachael had lots of fun playing Uno and Snap at the kitchen table.  I'm sure my brother was helping to 'clear up' the lunch things too....by eating them!!!  And there were a lot of laughs and shouts of "you're cheating!" coming from the pair of them!!

I did end up taking lots of doll photos but thought I'd share those in a separate post to save overloading this one, and instead share the 'family and friends' photos instead.  I hope you enjoy them!!

Below, my mum who isn't into dolls, but liked this particular Sasha in her beautiful coat.....well she may NOT be into dolls, but she certainly has extremely good taste in Sashas!! 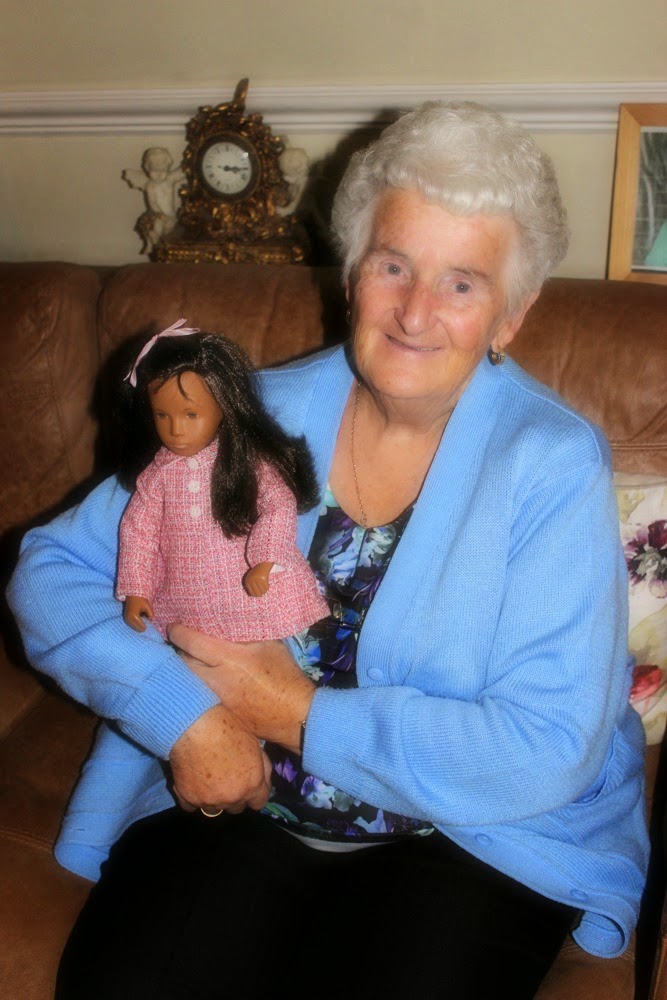 Actually she liked this beautiful Kathy Kruse doll too.....I believe she told Steve that this one was her favourite!! 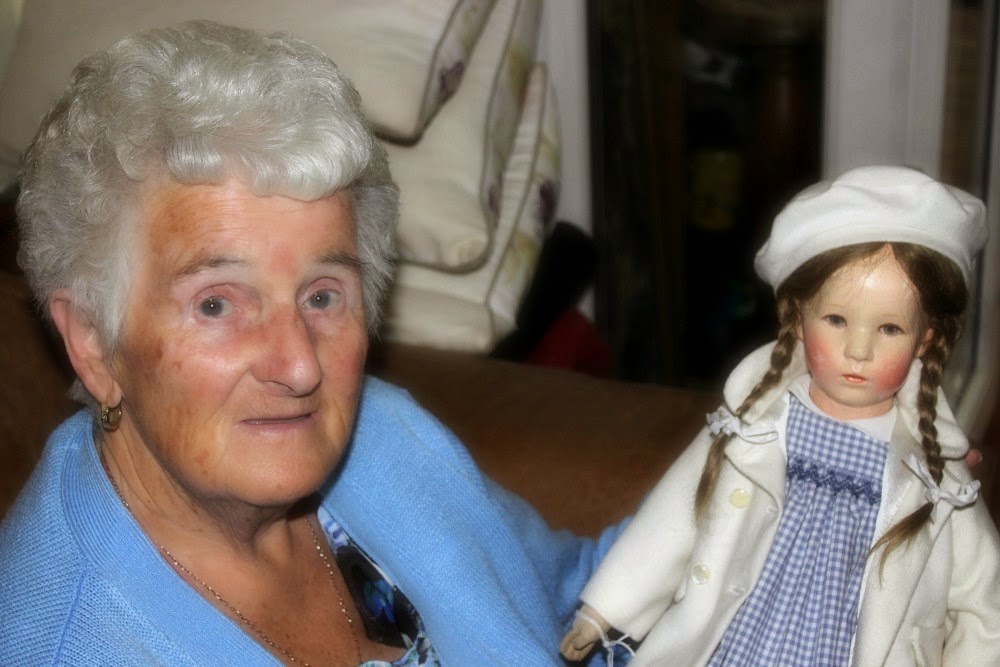 In the meantime, Tedi looked on in complete boredom at all the chatting!!! 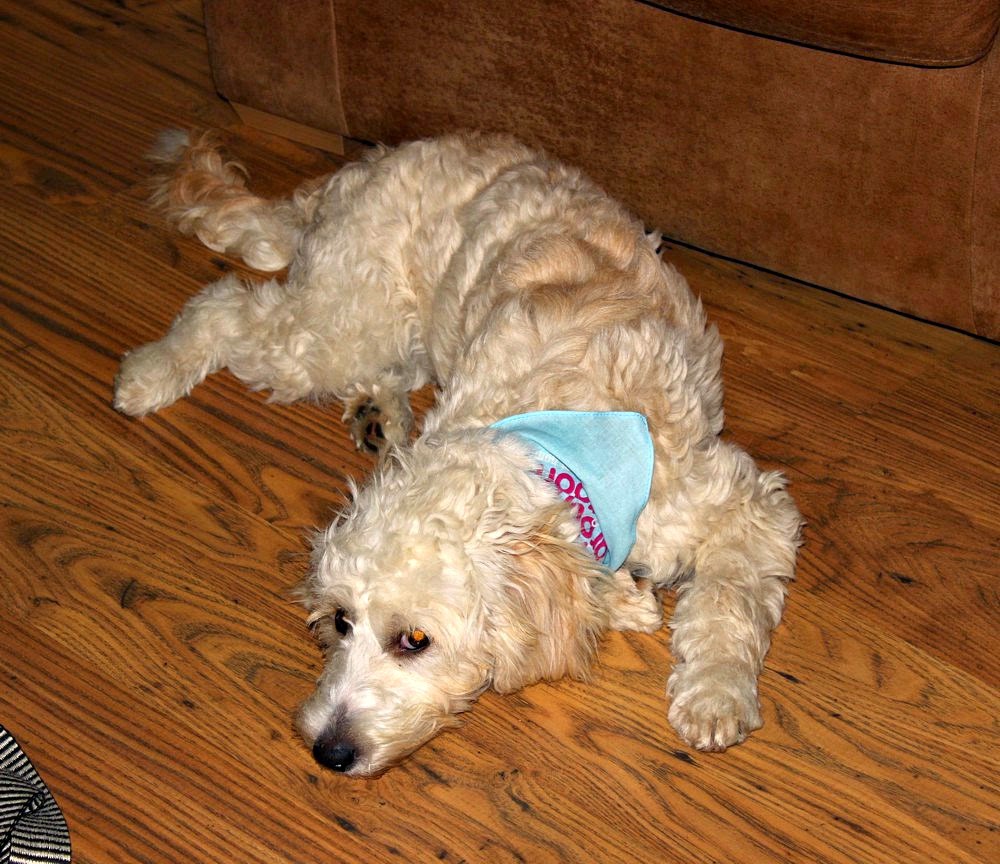 Below, my brother John, Rachael and my mum!  Rachael is such a lovely girl, she and John got on like a house on fire! :) 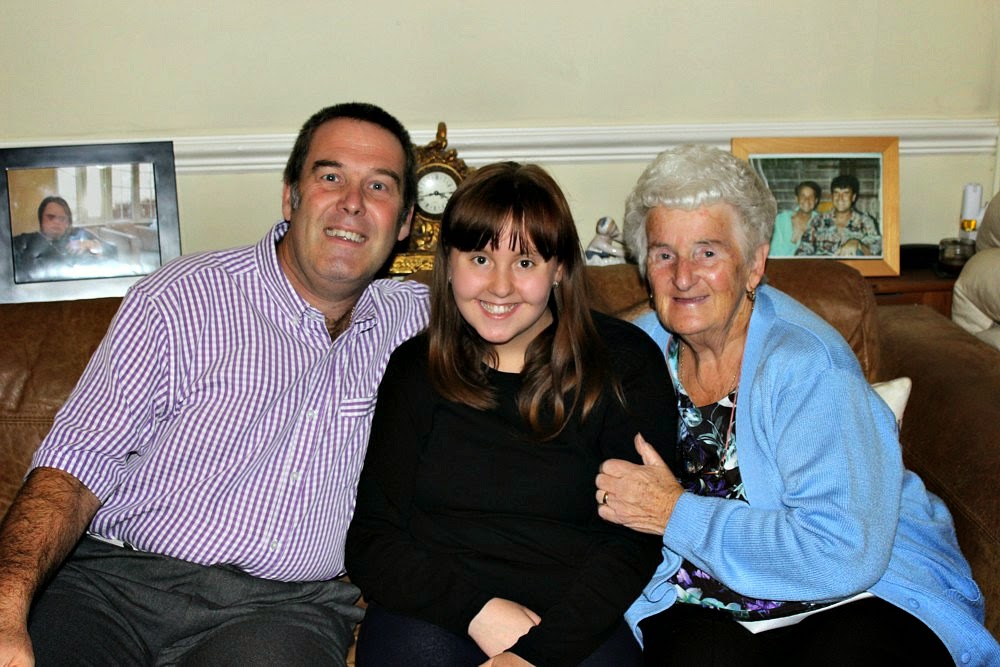 James and one of their large fluffy cats! 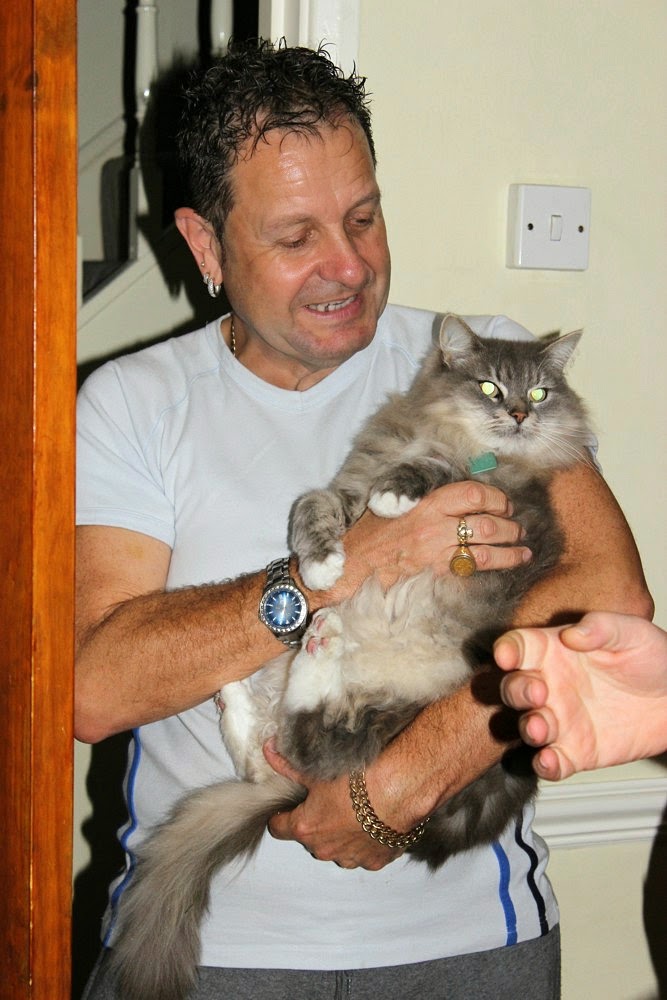 James, Steve and John .... and there's that fluffy puddy cat again!  Wish I could remember her name!!! 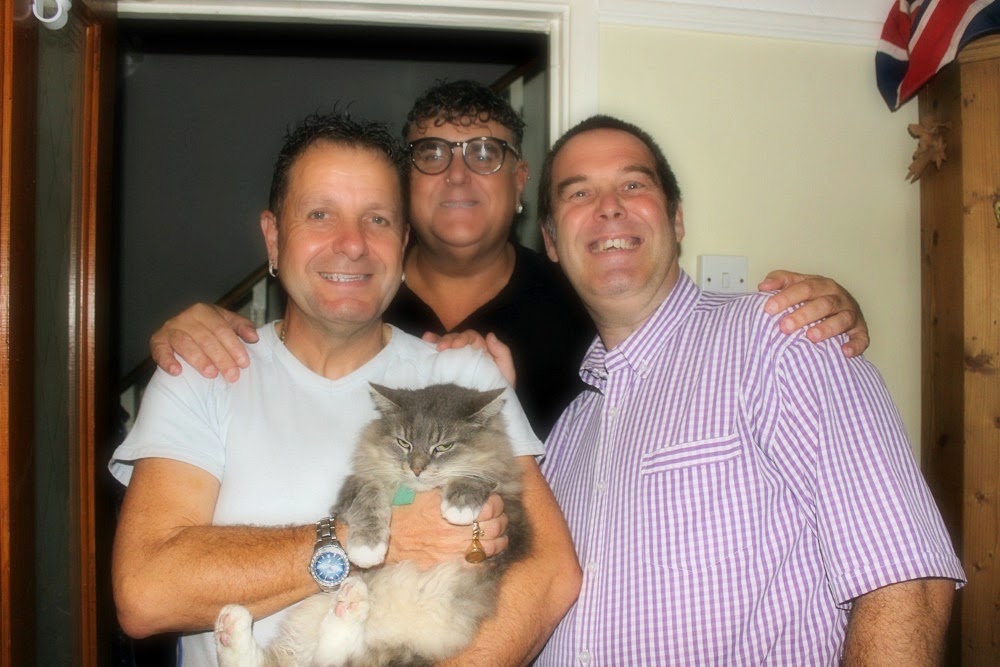 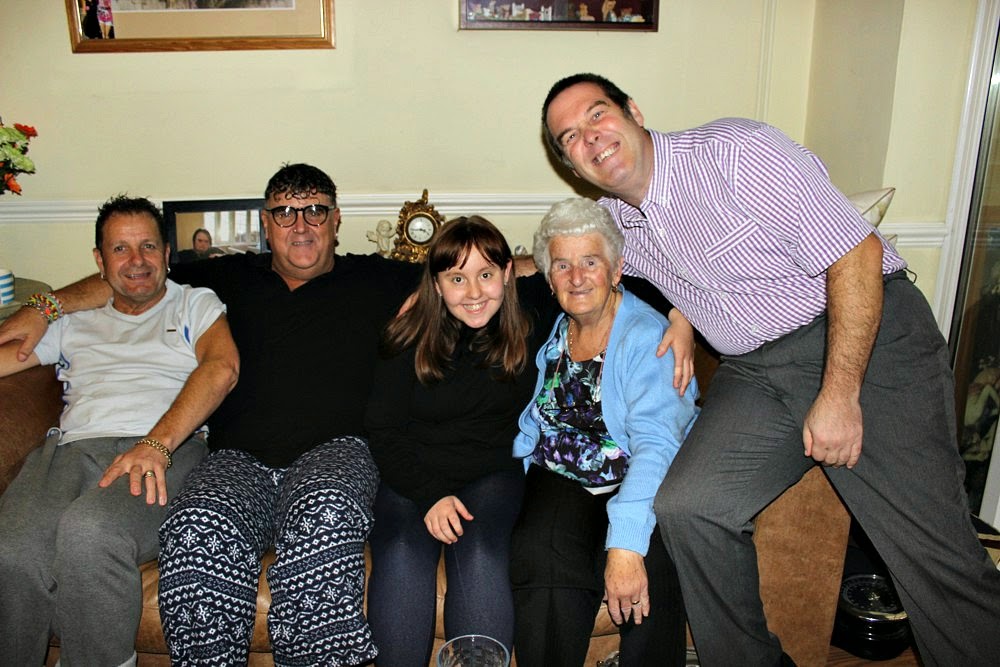 And finally, for this post anyway, Steve, yours trully and my mum! 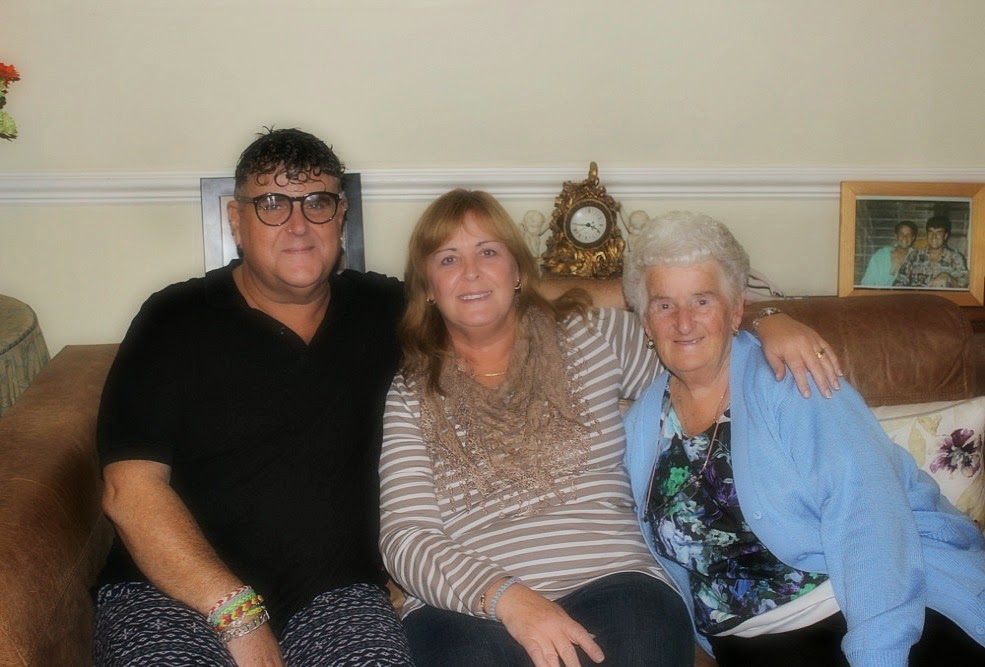 I would just want to say a BIG THANK YOU to Steve, James and Rachael for making us so welcome in their lovely home, giving us such a tasty and filling lunch and to Rachael for keeping John entertained all afternoon.  We really did have a the best of times!  :)